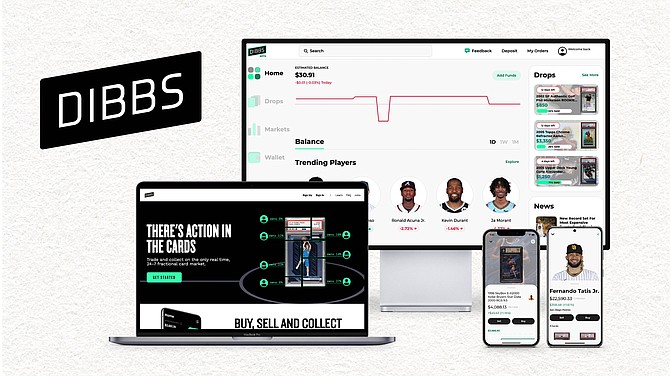 Dibbs plans to use the funding to scale its team, add new product options and expand globally. The funding brings the company’s total to $15.8 million.

“Our mission is to empower all fans to connect, collect and capitalize on the real-time action inherent in sports,” Dibbs founder and Chief Executive Evan Vandenberg said in a statement. “The Dibbs platform makes traditional collectibles more accessible and brings them to the forefront of fandom.”

Founded in 2020, Dibbs offers a platform for fans to trade “fractional” sports cards, or fractions of sports cards that are built into blockchain. Any physical products that are available on Dibbs are assigned NFTs that are then fractionalized on blockchains such as Ethereum, Flow and WAX, and use smart contracts defining ownership and other rights for users.

During a closed beta version of its platform launched in March, it processed “millions of dollars” in payments and saw 110,000 trades. The platform is now available to the public on the iOS and Android app stores and Dibbs’ website.

“Through Dibbs, owning digital interests in physical collectibles such as sports cards is now a reality,” Vandenberg said in a statement. “And as technology continues to disrupt legacy financial systems, consumers are growing accustomed to defining ownership beyond the physical.”