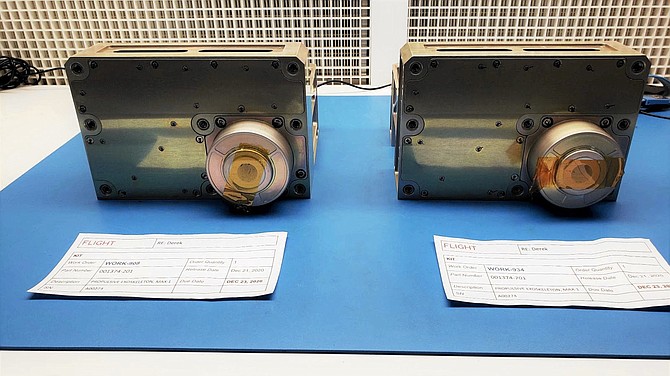 The contract gives Phase Four access to a new propellant that will allow its satellite engines to switch between high and low efficiency modes, a similar concept to how econ mode works in a car.
Under the contract, Phase Four will use Ascent, a propellant created by the Air Force Research Laboratory, to enable “multimode propulsion capability” for its Maxwell engines, the company’s flagship product. According to Phase Four, the propellant will give Maxwell engines the ability to switch from high-thrust, low-efficiency chemical propulsion to high-efficiency, low-thrust electric propulsion.