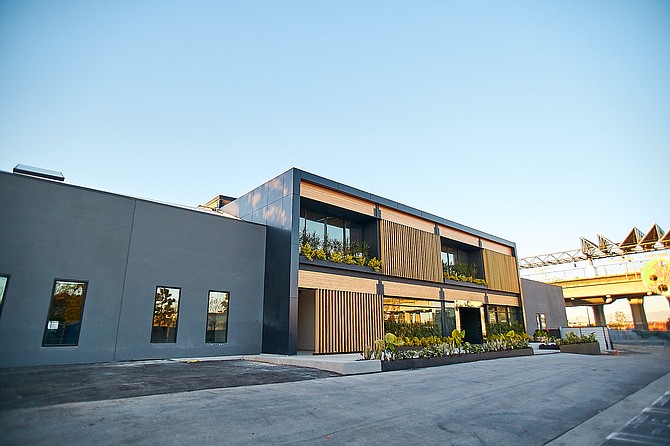 The larger sale was a 90,000-square-foot creative office property located at 2221 Park Pl. that changed hands for $70 million.

The two-story office building was vacant at the time of the sale. The buyer, Hyundai Motor America, will occupy the property.

Newmark’s Shannon and White, along with Ryan Plummer, Sean Fulp and Mark Schuessler, represented the seller, Excelsior Partners, on the off-market sale. The buyer was a family office.

Shannon said both sales set records in El Segundo on a per-square-foot basis. The fact that both buyers plan to occupy the space, he said, shows the appeal of the area.

“They are examples of owner/users paying up to be in El Segundo,” Shannon said. “They are both owner/users buying buildings to occupy, so a good sign for the market.”

Shannon said El Segundo is “considered part of West L.A. now” as demand for the area has increased over the years.

“It’s got a great, business-friendly location. These are both owner users, and El Segundo has always had a friendly business tax environment. The transportation, the access to light rail and to freeways and it’s a coastal community,” are all reasons why people like the area, Shannon said.

He added that the area has seen some big leases recently too, such as Beyond Meat Inc. signing a 12-year lease for roughly 280,000 square feet at 888 N. Douglas St. earlier this year. The property is owned by Culver City-based Hackman Capital Partners and will serve as Beyond Meat’s new headquarters.

Shannon said that with some leases signed recently in El Segundo the market has “captured outside absorption since the pandemic compared with a lot of other markets that have been hit harder with subleases and vacations.”

During the second quarter, El Segundo saw Class A asking rents of $4.31 a square foot. That’s up 42 cents in three years but down slightly from before the pandemic, according to data from Jones Lang LaSalle Inc.

In the second quarter, 1.2 million square feet of office space was under construction in the area, according to JLL data.