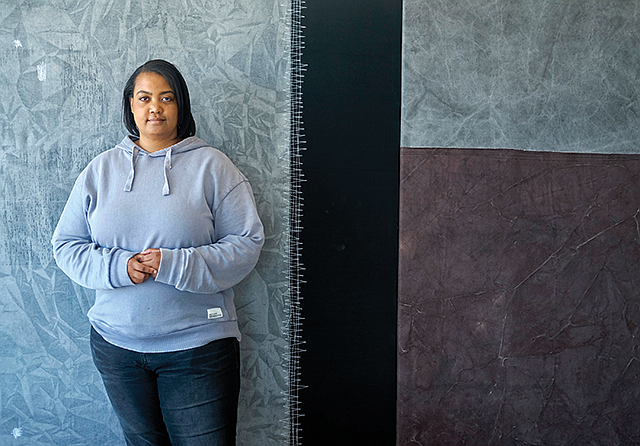 West L.A.-based Backstage Capital unveiled plans to raise up to $30 million for its newest fund that could more than double its current level of investment in minority-led startups.

The fund is called Opportunity Fund I, and is aimed at funding a majority of the companies that Backstage has already invested in, "as follow-on to those earlier rounds," according to Backstage founder and managing partner Arlan Hamilton.

Backstage has invested more than $20 million in 200 companies since its founding in 2015.

The firm targets startups with founders who are led by people of color, women, or members of the LGBTQ community.
In a video posted to her Backstage website, Hamilton gave the public its first glimpse of the Opportunity Fund, which is aimed at accredited investors only. This means investors must earn $200,000 a year, or a combined $300,000 or more with a spouse, or have a net worth of $1 million.

Under SEC guidelines, Hamilton can discuss fundraising for the Opportunity Fund because her organization is registered as a 506 (c) under rules established by the SEC on securities sales.

“I can do a blimp in the air if I wanted to, and that’s what I’m doing right now,” said Hamilton in the video released this week.

"The target is $30 million, although we have a model that allows for more or less to get raised," Hamilton said.

This spring, Backstage launched a crowdfunding campaign to raise $5 million. The venture firm hit its goal on April 1, two months after it launched.

By allowing everyday investors, even nonaccredited ones, to allocate as little as $100 through an online investing platform, the firm knocked down old barriers in a venture ecosystem traditionally dominated by institutional investors and family offices, Hamilton explained.

Run through the online platform Republic, Backstage’s campaign was enabled by Regulation Crowdfunding, or Reg CF, a Securities and Exchange Commission rule that allows companies to raise $5 million through crowdfunding over a one-year period.

Reg CF rule was amended on March 15 to permit the higher fundraising goal of $5 million, up from the previous cap of $1.07 million.

Hamilton said the campaign attracted more than 7,000 investors.
The capital-raising crowdfunding industry is small, but it boomed during pandemic times.

Crowdfund Capital Advisors estimates that 2020 capital commitments to Reg CF issuers like Backstage Capital rose nearly 78% to $239 million in 2020, up from $135 million in the previous year. The $5 million cap is boosting higher capital raises.

Hamilton counts among her partners Mark Cuban, owner of the National Basketball Association’s Dallas Mavericks and an investor on the ABC reality TV show “Shark Tank.”

Backstage was an early investor in San Francisco-based Akash Systems Inc., which creates groundbreaking technology for satellite infrastructure and went on to raise $14.5 million in a Series A round.

Other companies the firm has invested in include Detroit-based toy company Healthy Roots Inc., which does business as Healthy Roots Dolls, and Chicago-based CurlMix Inc., a subscription hair product company.