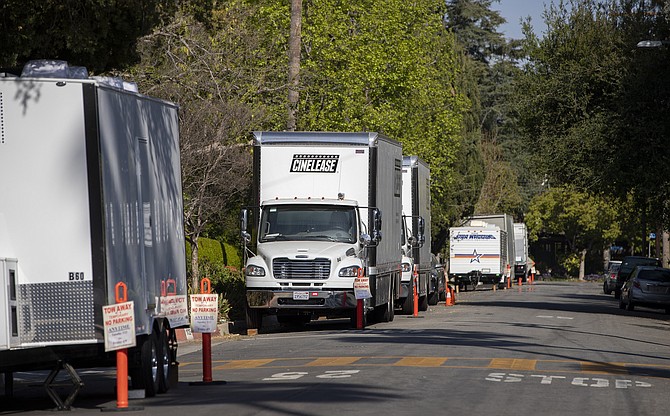 Applications to shoot films, television shows and commercials in Los Angeles jumped 45% in March, a sign that the entertainment industry is rebounding from the impact of Covid-19.

FilmLA, the partner film office for the city and county of L.A., said it processed 1,125 permit applications in March, up from 777 in February.

“The current pace of business resumption is encouraging,” FilmLA President Paul Audley said in a statement. Audley added that the industry's adherence to county guidelines for production safety protocols has made film and TV sets some of the "safest possible workplaces during the pandemic."

He also said that despite the local increase in vaccinations, it remains important for the industry to stick to these guidelines.

Even with the March surge, production has plenty of ground to make up to match pre-pandemic levels. FilmLA reported 7,011 total shoot days for the first quarter of 2021, a decline of 3.3% from the same period in 2020 and a 21.7% drop from the five-year average.

Feature film production activity fell 13.5% in the first quarter compared to the same time period last year with 575 total shoot days. Commercial production was off 18.2% with 993 shoot days for the quarter.