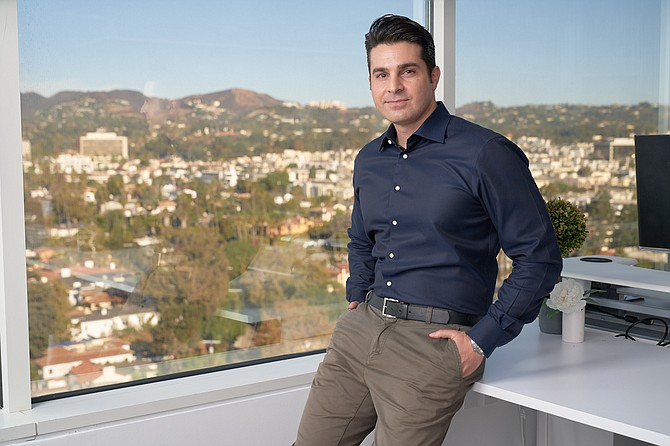 Brentwood-based Welcome Tech Inc., a digital platform designed to give Latino immigrants access to banking, health care and other daily services without paying predatory fees, has raised $35 million in a Series B funding round.

Welcome Tech plans to use the funds to expand its lineup of financial services and to scale a monthly subscription offering of discounted access to critical services for Latino immigrants, a largely underserved segment of the population, said Amir Hemmat, co-founder, president and chief executive of Welcome Tech.

The subscription package gives users access to discounted resources with “channel partners” who leverage buying power much like big-box discount clubs do for their members.

“If you are here in the U.S. and looking to succeed and participate in society, we want to bring support to you,” Hemmat said.

The platform has attracted roughly 3 million users since its founding a decade ago, and generates revenue from partnerships with companies like GoodRX and Western Dental that benefit from new clients.

Hemmat likened the creation of the platform to a kind of “digital Ellis Island” where immigrants come to get processed for services ranging from debit and credit cards and education services to health care, prescriptions and utility bills.

The company targets Latinos, but it doesn’t exclude eventual growth among other ethnic groups, Hemmat said.

The business strategy is simple. Customers open a bank account through Welcome Tech’s platform to get a Green Dot Corp. banking account. A Social Security card is not required to open an account, but other identification is for immigrants, such as a “matrícula consular” identity card that Mexican consulates issue to Mexican citizens who reside outside Mexico.

The Hispanic market represents the largest minority group in the U.S., with a population of 62.8 million. Less than half of Hispanic households are “fully banked,” meaning they cannot open an account, according to Hemmat.

Recently, the company made another round of executive hires, including Maria Twena as executive vice president in charge of brand and marketing, Rene Garcia as vice president of member services and Roy Burstin as chief operations officer.

Welcome Tech plans to double its workforce size in 2021 to 50 employees across operations in Los Angeles, San Antonio, Texas, and Guadalajara, Mexico, where it runs a telephone call center.