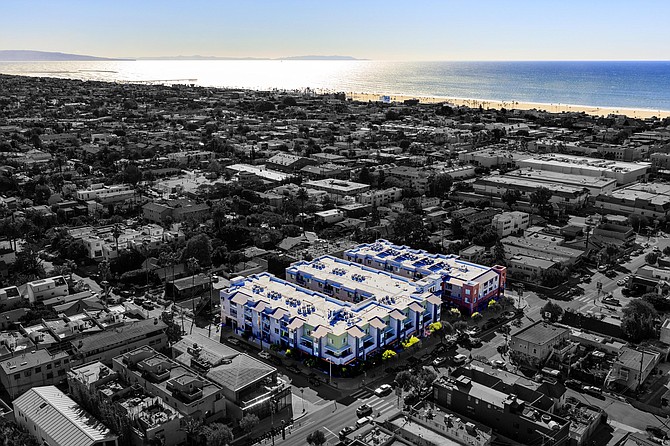 The 70-unit Avalon Venice apartment complex on Rose Avenue in Venice Beach has sold for $65 million.

In addition to the multifamily units, the building also has 9,332 square feet of retail space that is fully leased.

The property, located at 512 Rose Ave., was built in 2012 and has apartments that average 1,207 square feet. It also has two levels of underground parking.

Harris said it was a rare sale for the area.

“Only one other significant apartment building has changed hands in Venice in the last 20 years, and during that time just one 50-unit-plus property was developed,” Harris said in a statement.

Green added that the building’s location and wealthy tenants made it desirable.

“Venice is one of the most affluent communities on the West Coast,” he said in a statement. “The average household income at Avalon Venice is $300,000, and overall market occupancy for properties in the Venice submarket is 95.6%.”

The Avalon Venice sits in the heart of Silicon Beach, an employment hub for tech jobs. It’s also just a short commute to El Segundo, a longtime aerospace center that has diversified in recent years to include industries such as tech and advertising.

During the second quarter, the El Segundo office market had a vacancy rate of 14.6%, down from 19.4% the previous year, according to data from Jones Lang LaSalle Inc. The asking rate for Class A space, meanwhile, was up 12 cents in a year.

“This was an exceedingly rare opportunity to acquire a major multifamily asset in a location that attracts talented, educated and highly paid young professionals,” Grabiec said in a statement.

It isn’t the only big multifamily sale in recent months. Some of the biggest were local companies buying in other cities.

But there have been some big sales in L.A., too. Palo Alto-based Klein Financial Corp. recapitalized the 449-unit Wilshire Vermont multifamily property in Koreatown in a deal valuing the property at $135 million.