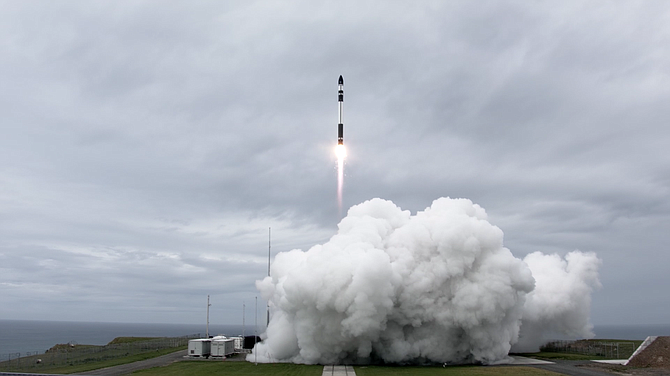 The mission resulted in the successful deployment of 10 satellites, bringing the total number of satellites that Rocket Lab has launched into orbit to 65, according to the company.

Rocket Lab suffered a setback in July when a mission failure resulted in the loss of an Electron rocket and its payload. Since then the company has completed two successful launches including this latest mission — dubbed "In Focus."

The bulk of the payload in the latest launch consisted of a "flock" of SuperDove small satellites manufactured by Earth imaging company Planet Labs Inc. A single microsatellite developed by Canon Electronics was also placed into orbit during the mission.

"Electron has once again delivered a smooth ride to orbit and precise deployment for our individual rideshare customers," Rocket Lab Chief Executive Peter Beck said in a statement.

Beck described the company's ability to continue launching vehicles despite "global disruption and adversity" as an example of Rocket Lab's "dedication in providing ongoing, easy access to space for our customers."

The company has now completed five missions in 2020 and in August deployed its first Photon satellite, which was designed and built in-house.

Rocket Lab said it plans to launch another Electron rocket in the next few weeks, though details have not yet been made public.