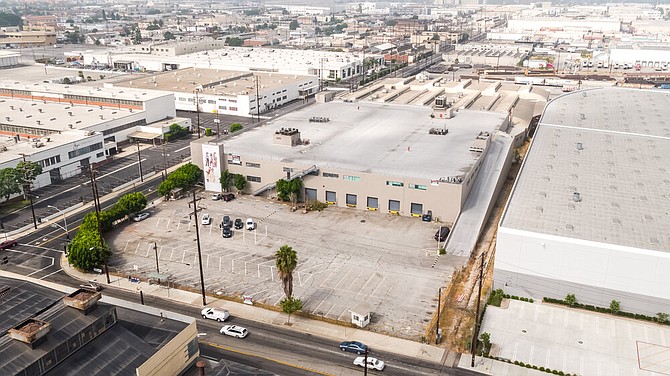 Newport-Beach-based MetroGroup Realty Finance arranged $26.5 million in financing for three industrial properties. The largest piece of the financing, $15.5 million, was for a film and television production studio in Vernon.

The largest piece of the financing, $15.5 million, was for a film and television production studio in Vernon.

The bridge financing was for a 270,000-square-foot flex, office and industrial building.

The property is fully occupied by the owner, a startup that provides studio space to production companies. It was formerly a corporate headquarters building.

The new loan replaces a maturing loan and provides the owner with more money to work with.

“The borrower’s current loan was maturing in August, giving us less than 30 days to close. We had to move quickly with a high sense of urgency to meet our client’s time frame. We were further challenged by the fact that film and television production were non-essential industries and virtually shut down during our process,” MetroGroup Vice President Ivan Kustic, who arranged the loan, said in a statement.

“Fortunately, due to our longstanding relationships in the capital markets, we were able to provide a first and second trust deed from two different lenders who recognized the value of this property in the historically strong Los Angeles industrial submarket and the strength of our sponsor.”

MetroGroup also provided $7 million in permanent financing for an industrial property in Montclair. It was a refinancing of an existing loan for a 100,000-square-foot building. The building is occupied by its owner, a wheel and accessories supplier and distributor.

The third property is an automotive repair shop in Lake Forest, which received $4 million in permanent financing. The site has a 30,000-square-foot industrial building.

“Despite uncertainty driven by the year’s events, the capital markets are relatively stable and healthier than originally anticipated at the beginning of the pandemic,” Kustic said in a statement.
“While lenders have certainly become more conservative in their underwriting and evaluate opportunities with increased scrutiny, they are still highly active,” he added.