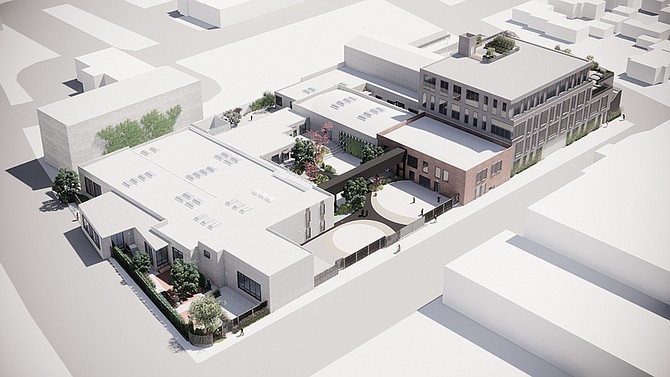 Exposition 3, a project by The Luzzatto Company, Inc.

Nearly $49 million in construction financing has been arranged for Exposition 3, a roughly 94,000-square-foot creative office property in West Adams.

Exposition 3, which is expected to be completed in 2022, has already been pre-leased on a long-term lease. JLL declined to name the tenant but reports indicate that Culver City-based Sweetgreen will use the space for its headquarters.

The property was formerly an industrial site. It is being overhauled into two buildings of creative office space.

Exposition 3 is located near the new Exposition/Crenshaw light rail station for the LAX line as well as an existing Expo line station.

The construction loan isn’t the only recent JLL financing news. In September, the brokerage announced it had secured a nearly $57 million loan for a multifamily portfolio on the Westside. The loan, for an undisclosed borrower, is a 10-year, 2.29% fixed-rate Fannie Mae loan. JLL Real Estate Capital is a Fannie Mae lender.

The West Adams area has been booming. One of the area’s largest projects, Cumulus District, sits on the border of West Adams and Culver City. The 11-acre project at the corner of Jefferson and La Cienega is being developed by Carmel Partners Inc.

The project, at the site of the former Cumulus Media Inc. radio station, will have 1,210 residential units with retail anchored by a Whole Foods.

CIM Group has also filed plans for a large number of projects in the area, which is designated as an opportunity zone. These zones encourage development in economically distressed locations by allowing investors to defer capital gains taxes.

Companies are also taking note of the interest in the area. Luxury consignment company RealReal Inc. and sneaker seller 1661 Inc., which does business as Goat Group, are among the businesses that have signed leases in the area.