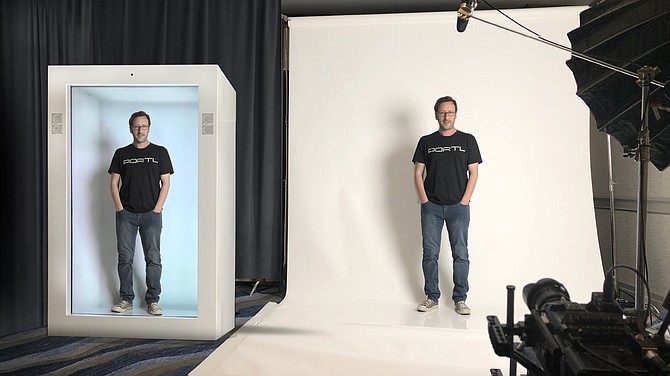 Holographic technology startup PORTL Inc. announced on Oct. 30 that it had brought in $3 million in seed funding from a small group of investors led by Draper Associates Founder Tim Draper.

According to an announcement from the company, the funding will support further development of a “single-passenger holoportation machine” that allows users to “beam in” realistic projections of themselves from a different location.

The projections are rendered in up to 4K resolution, and a camera embedded in the device allows a holographic subject to interact with those standing in front of the image.

The company says a tabletop version of the device could make its debut as soon as next year.

PORTL was founded in 2019 by David Nussbaum, former executive vice president of Hologram USA Inc. The latter business gained fame — and notoriety — with lifelike digital recreations of famous personalities like Judy Garland and Ronald Reagan, as well as a live venue on the Hollywood Walk of Fame.

So far, PORTL has focused less on live hologram performances and more on creating interactive projections of users.

Nussbaum touted the technology as a way of “bringing people together, no matter how far apart they are on the map.”

A spokesperson for the company said it recently leased offices in Echo Park.