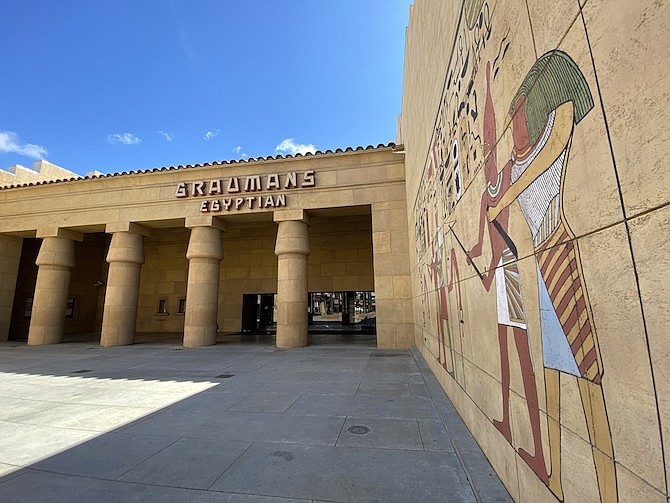 Negotiations for the sale had been ongoing for at least a year and were complicated by ambiguous decades-old agreements between American Cinematheque and the City of Los Angeles.

“The collaboration will allow the American Cinematheque to expand the scope and diversity of programming, while continuing the nonprofit’s mission to celebrate the experience of cinema as a moving art form,” Netflix said in a statement.

The Egyptian Theatre will remain the home of the American Cinematheque, with the organization continuing to autonomously program the venue on Fridays, Saturdays and Sundays.

Netflix plans to invest in the theater’s renovation and will use the revitalized space for special events, screenings and premieres during the week, the statement said.

"The American Cinematheque will be able to offer approximately the same amount of annual programs that we have now," Cinematheque Chairman Rick Nicita said in an email.

The Cinematheque also will continue to program and operate a second historic theater, the Aero in Santa Monica.

The Egyptian opened on Hollywood Boulevard in 1922 and was home to the first Los Angeles movie premiere, “Robin Hood,” starring Douglas Fairbanks.

American Cinematheque had owned and operated the theater since 1996, when it bought the abandoned theater from the city. Reviving the theater and turning it into a working cinema was a condition of the sale.

Like other L.A. movie houses, the Egyptian is currently closed due to coronavirus concerns.

“Love for film is inseparable from L.A.’s history and identity,” Mayor Eric Garcetti said in the statement. “We are working toward the day when audiences can return to theaters –– and this extraordinary partnership will preserve an important piece of our cultural heritage that can be shared for years to come.”