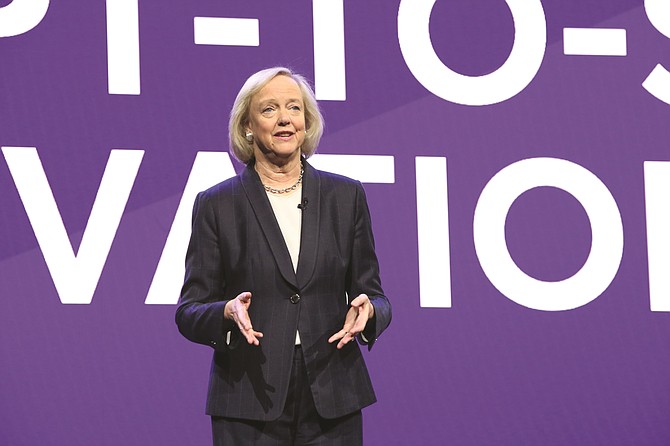 Smartphone-only streaming service Quibi plans to make its short-form content available for TV viewing beginning the last week in May, the company has confirmed.

A Quibi spokeswoman said in an email that the company will be rolling out the technology for subscribers who use iPhones to be able to “cast to TV” from their phones using Apple Inc.’s AirPlay software by the end of the month. The software facilitates wireless streaming from Apple devices to compatible TVs.

Quibi said it plans to expand TV casting to subscribers using Android phones in “coming weeks” but has not announced a rollout date.

The move is not unexpected. Quibi Chief Executive Meg Whitman said during launch week that the company might eventually make its programming available for consumption on TVs and laptops, but at first would stay in its lane as a mobile-only app.

“I’m a big believer in focus (for) startups,” she said then. “We can do three things really well instead of trying to solve world hunger.”

targeted programming. The app drew a reported 1.7 million downloads in the first week of its 90-day free trial period.

Others were less impressed with the debut of Quibi, which had raised $1.75 billion from investors to fund its star-studded content with high-level production values, presented in “quick bites” of 10 minutes or less. Variety called the debut “tepid.”

It didn’t help the company’s out-of-the-gate image when, just two days after its launch, streaming service Disney Plus announced it had racked up 50 million subscribers in less than six months.

To date, the Quibi app has been installed by 2.9 million customers, according to San Francisco-based Sensor Tower Inc., which provides marketing analysis for mobile apps. Quibi reportedly has said the number is closer to 3.5 million.

Company founder Jeffrey Katzenberg has been unimpressed, too. In recent weeks, the former Walt Disney Co. executive and DreamWorks Animation co-founder has been vocal about blaming the coronavirus for Quibi’s lackluster launch, as safer-at-home recommendations deflated the appeal of on-the-go content.

“I attribute everything that has gone wrong to coronavirus,” Katzenberg told the New York Times in a May 11 story. “Everything. But we own it.”

“If we knew on March 1, which is when we had to make the call, what we know today, you would say that is not a good idea,” he added. “The answer is, it’s regrettable. But we are making enough gold out of hay here that I don’t regret it.”