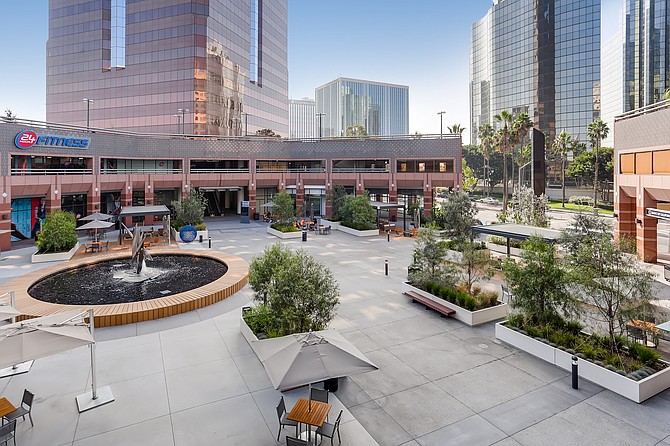 As the Covid-19 pandemic rages on, forcing some businesses to close and leaving others with financial challenges, many companies have sought some kind of rent relief.

In many cases, building owners and tenants are working out rent deferrals rather than rent abatements, or suspensions. These deferrals can take a few different forms, but generally tenants are given a few months where they do not have to pay rent before beginning to pay down the back rent over time.

Sometimes this allowance comes in exchange for tenants signing a longer lease.

“Both landlords and tenants are trying to be pragmatic and realistic and negotiate in good faith,” said Jones Lang LaSalle Inc. Southwest Market Director Peter Belisle.

Jonathan Larsen, a principal and managing director at Avison Young, said many tenants already paid April rent before things got bad. Those businesses are now looking for rent relief for May, June and July.

“Three months seems to be the number that a lot of tenants having cash flow problems are trying to handle,” he said.

Newmark Knight Frank’s Bill Bloodgood said his office clients collected more than 90% of their rent in April and he has seen similar numbers so far this month. “Collections have been very strong in May,” he said. “A lot of that has to do with (Paycheck Protection Program) money. Businesses are allowed to use the funds to pay their rent. It will be interesting in June and July to see if collections change as that money starts to run out.”

Bloodgood said 20% to 25% of tenants have asked for relief, but no one has been given rent abatement. “Nobody that I’m aware of is asking for rent abatement. It’s basically a rent deferment,” he said.

Larsen, who has been through multiple downturns, said that, in the long run, properties would be fine. “It’s depressing, it’s hard, and the question is what’s this going to do to commercial real estate, but I think we’re going to come out of this just fine,” he said.

In April, retail payment rates nationally ranged from 10% to 20% for malls and 55% to 80% for grocery-anchored centers, according to CBRE Group Inc. For the first few days of May, rent collections were better than expected in partially reopened states, CBRE found. But that may not be the case locally.

SRS Real Estate Partners’ Mike Rielly said there was “definitely an uptick” in rent deferral requests. “As the pandemic and quarantine has continued, the suffering has increased. As suffering increases, more and more tenants are asking for greater and more forms of relief,” he said.

Requests for rent relief that are being granted come in the form of deferment, where the rent will be paid back over a set amount of time or when the lease expires. But there several factors at play.

“The size of companies matters,” Rielly said. “Whether or not companies have debt on those centers, these are all going to be a factor.”

Some mom-and-pop tenants are being favored for rent abatement, according to CBRE.

“There appears to be a general preference by landlords to support the small merchant, as opposed to providing rent relief for larger companies,” said Beta Agency Inc. co-founder Richard Rizika. “A lot of the people in the shopping center industry are of the belief that the large chains should find a way to offset the unfortunate impact of the pandemic.”

Documents filed with the Securities and Exchange Commission by some of the largest retail landlords paint a dire picture.

Santa Monica-based Macerich Co. only collected 26% of rent owed in April and only 18% of May rent owed, as of May 8, according to an SEC filing.

A number of tenants have asked for rent deferral or reduction, according to the filing. Many Macerich leases allow for reduced rent or lease termination options if anchors close or occupancy declines. Macerich-owned properties in Los Angeles County include the Lakewood Center and Los Cerritos Center.

Not all retail owners, though, are licking their wounds. Brookfield Asset Management, which counts the Northridge Fashion Center and Glendale Galleria among its properties, plans to invest $5 billion in retail companies hit hard by Covid-19.

“Rent collection has been much less of an issue in the office, industrial and multifamily sectors than it has in retail,” Julie Whelan, CBRE Americas head of occupier research, said in a statement.

CBRE found that requests for office space rent relief were low and that collection rates for industrial and logistics properties were 85% to 95% in April.

Brentwood-based Rexford Industrial Realty Inc. collected 82.1% of cash rents in April and collected rent or negotiated short-term relief for more than 95% of rent.

“Most of the California municipalities in which we own properties have not only implemented eviction moratoriums but have also reached beyond the mandates granted in most other states by providing tenants impacted by Covid-19 the unilateral ability to defer their rent,” Rexford Co-Chief Executives Michael Frankel and Howard Schwimmer said in a statement.

Chris Rising, chief executive of downtown-based Rising Realty Partners, said “for the most part, tenants are paying rent.” More than 90% paid rent in April, and he said May would likely be the same.

For tenants who request relief, Rising requires financials to prove that paying rent is “not just inconvenient.”

Landlords, he added, are looking not just at the company, but who the owners of the company are and if the owners are wealthy enough to pay.

Rising also asks for PPP loan proof and insurance information. Once he determines that a business cannot pay rent, Rising goes to his lenders to discuss options.

“If we arbitrarily make a change to a lease, without approval from our lenders, we would be in default on our loan,” he said.

Most lenders, Rising added, have been willing to defer, but commercial mortgage- backed securities lenders have not.

John Drachman, co-founder of Waterford Property Co., which has 1.5 million square feet of office space in Southern California, said he wanted “to work with tenants on rent relief but really make sure that they need it and be mindful that I’m not getting relief from our mortgages from our lenders.”