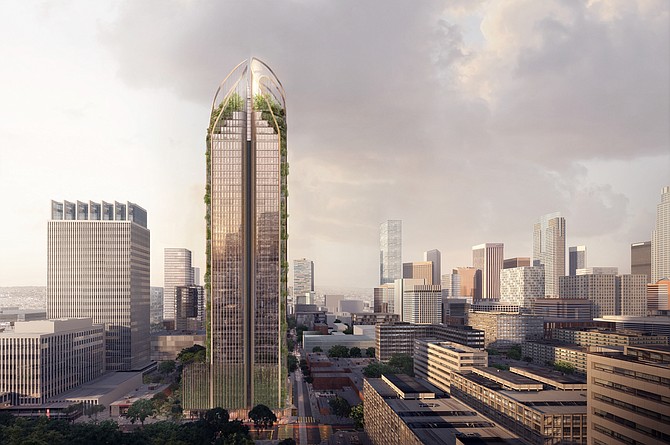 Crown Group’s 1111 Hill St. project is one of several residential and hotel developments in South Park.

South Park, the area of downtown near L.A. Live and the Convention Center, is home to some of the most ambitious projects in L.A.

There are 996 multifamily units under construction and an additional 6,752 units proposed in the area, according to data from the Downtown Center Business Improvement District. In the first quarter of the year, effective rents in the area were $3.50 per square foot.

“Within downtown L.A. and within all of Los Angeles, South Park really offers one of the most pedestrian-friendly and transit-friendly communities,” said Laurie Lustig-Bower, an executive vice president at CBRE Group Inc. “You have grocery stores, cafes and a lot of great bars popping up, and a lot of the South Park residents can easily get to work or run day-to-day errands on foot.”

She added that current units come at a variety of price points, making it a desirable area for many.

Other developments include the 200 residential unit, 220 hotel room Figueroa Centre; a pair of buildings, each with more than 150 units from developer Jade Enterprises; Onni Group of Cos.’ 700-unit development at Olympic and Hill; a pair of towers by Mack Urban and AECOM; a roughly 800-unit property at 1045 S. Olive St. from Crescent Heights; and three buildings from developer City Century — the Arris, Vara and Olympia.

There are 1,162 hotel rooms under construction and an additional 3,203 rooms proposed, according to the DCBID.

Part of that growth, industry executives agree, is fueled by a planned expansion of the Convention Center.

The largest hotel development in the area is Fig & Pico, which will have more than 1,000 rooms across two towers.

“It’s a really interesting place and a real key to the evolution of downtown because it’s become a really appealing, slightly quieter residential neighborhood with a real density of development,” said DCBID Executive Director Nick Griffin.

Griffin added that beyond the location, the area was seeing a lot of interest from developers because of the availability of land and its cost back when the land was first being acquired by developers.

“There were a significant number of surface parking lots and one-story warehouse buildings which were a full square block or a half block. Those are prime for development of large residential product because you don’t have to combine a whole bunch of different sites. You can build a large project,” Griffin said.

He added that housing would continue to be king when it came to new developments in the area due to L.A.’s housing shortage.

And Covid-19 isn’t changing that. “The Covid situation has not slowed or stopped construction. We are not hearing about projects getting canceled,” Griffin said. “The underlying driver of the growth in downtown has been demand for housing, and I don’t think that’s going to change post-Covid." 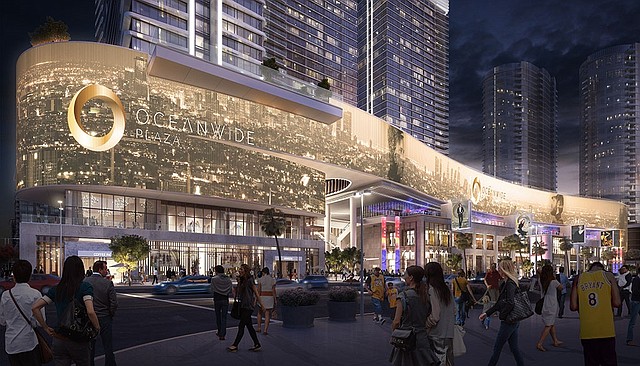 Description: The long-delayed project will have 504 residential units, 183 hotel rooms and 166,000 square feet of retail space. The unfinished project is for sale. 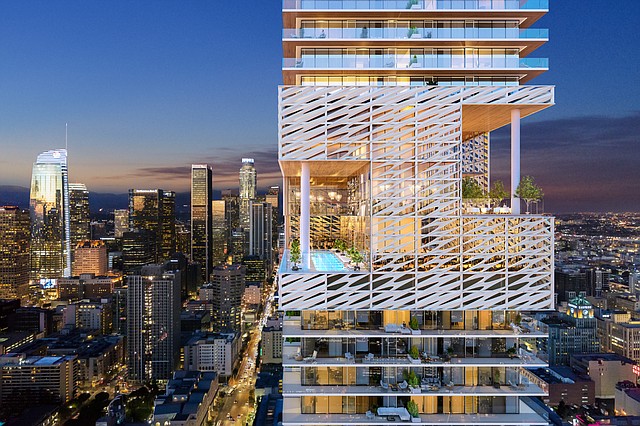 Description: The tower will have roughly 800 homes as well as retail. 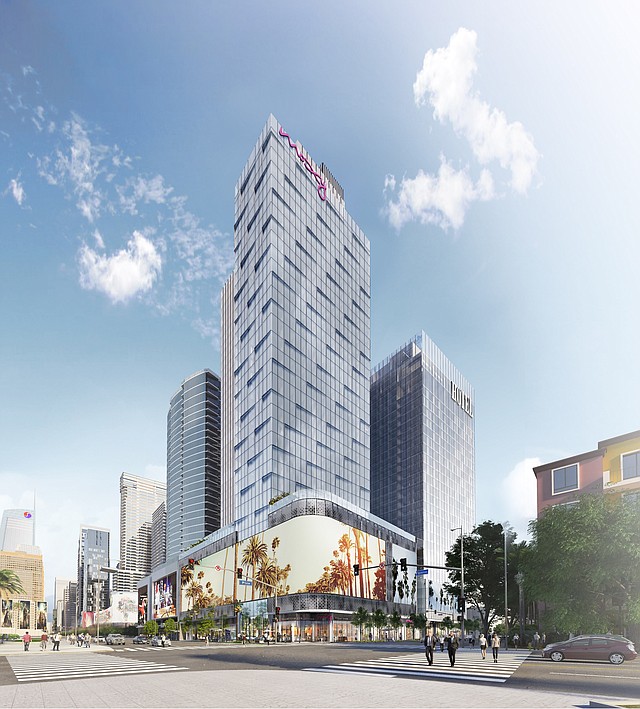 Location: Corner of Figueroa and Pico

Description: The project will have 42- and 25-story towers and more than 1,000 rooms. The tallest tower will house a 347-room Marriott AC hotel and a 380-room Moxy hotel. Hilton will operate the other tower. 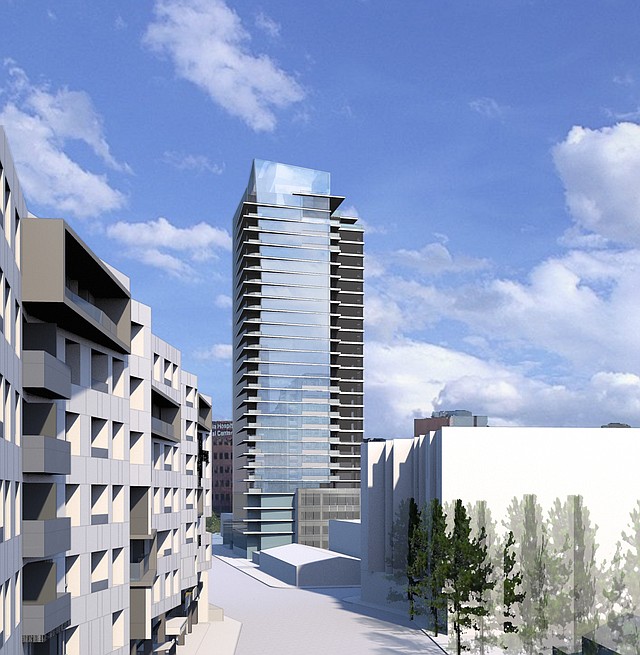 Description: The project will have 284 rooms and retail space.