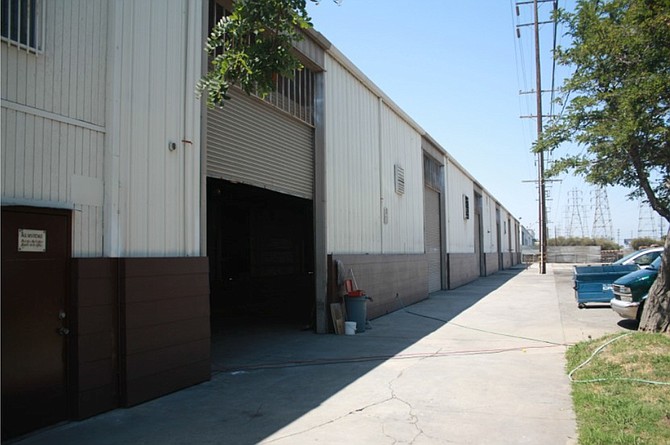 Howard CDM and Studio One Eleven transformed a Bellflower warehouse into a homeless shelter.

Housing the homeless has become an increasingly urgent issue in recent years across Los Angeles County.

The city of Bellflower, along with builder and developer Howard CDM and Long Beach-based architectural firm Studio One Eleven, has adopted an approach they say is speedy and cost-effective.

In an effort to get homeless individuals off the streets and into shelters faster, the public-private partnership is nearing completion of the Bellflower Temporary Shelter.

Built at a cost of just $1.9 million at the site of an empty warehouse, the roughly 18,000-square-foot shelter will have 50 beds.

Located at 8833 Cedar St., the facility will have free-standing bedrooms and offices.

There will be three sleeping rooms: one with 15 beds for women, one with 10 beds for five couples and one with 25 beds for men.

Each room includes dividers to allow for privacy. There will also be a large lobby and dining area.

What makes the shelter unique, according to the team behind it, is how fast it is being built. It is expected to be completed May 5, after 12 weeks of construction.

“What’s been so exciting about it is the speed,” Studio One Eleven Senior Principal Michael Bohn said. “It’s really been about a five-month process. Many of these shelters take years.”

The warehouse was built in the 1960s and has smaller bays, making it less efficient than newer industrial properties, Bohn said. Areas with lower ceiling heights are used for beds, and taller parts of the building are used for dining.

The shell of the building required some maintenance, but Bohn said most of the work is being done on the inside. The rooms, he said, are all separate structures.

To speed the approval process the team used “self-certification,” which makes the architect and contractor responsible for code approvals and working with inspectors.

“We entered into an agreement with Judge (David) Carter to build this center as quickly as possible,” Bellflower City Manager Jeff Stewart said in a statement. “The most efficient tool we had to ensure the process moved quickly was to allow Howard CDM and Studio One Eleven to immediately come up with a site plan, allow them to apply for the city’s self-certification program and turn them loose.”

“Through that process, Howard CDM crews were able to execute a design/bid process on the fly, and the city then ensures that the team follows the code from soup to nuts in the field,” Stewart added.

Bohn said the more efficient process is a result of an “attitude of working as partners, not enemies.”

“The self-certification really cuts out a lot of red tape in terms of meeting with one agency at a time and going through reviews and reviews, and leaving the interpretation to the architect and the contractor,” Bohn said.

Stewart added that the process “provides the same discretionary planning department oversight as a more traditional (process), but that it allows the contractor and builder to work creatively in the field to ensure that the approved project meets state and local building code requirements.”

Bohn said self-certification can be considered riskier for larger projects, but for smaller developments it can be a great time-saving approach.

Stewart foresees other, smaller cities using self-certification programs as well. Good architects and builders don’t need lengthy review policies, he said, and they “can lead to unnecessary delays” on some projects.

“Working closely with the city, we fast-tracked initial approvals before all the documents were even drawn,” Howard CDM President and Chief Executive Martin Howard said in a statement.

Homeless and transitional housing centers in L.A. can often take more than two years to construct and three years to permit, according to Studio One Eleven, making this approach a much faster process. L.A.’s long permit and building process is a common complaint among developers.

In addition to being built quickly, the Bellflower Temporary Shelter is also touting itself as cost efficient.

The Bellflower project was conceptualized before the Covid-19 pandemic, but Bohn said it made the project’s fast turnaround even more important because it helps get people off the streets.

Bohn said the pandemic has not had a huge effect on the site. Workers are spaced out enough to social distance.

The team, however, is making sure that beds will be spaced out enough and is adding queuing marks on the floor, so people stand six feet apart in common areas.