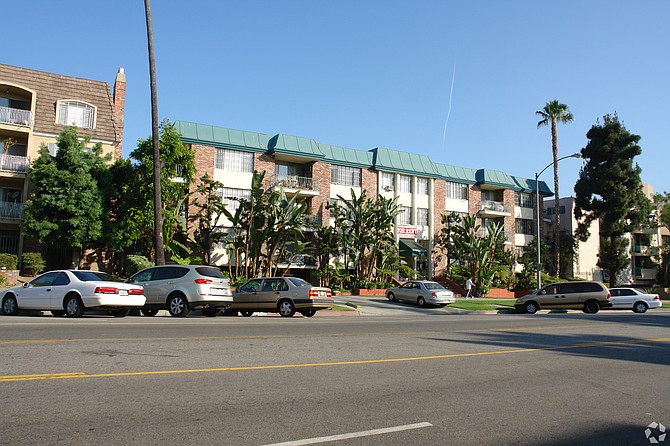 Santa Monica-based MJW Investments is creating a $500 million fund to invest in value-add multifamily and student housing, as well as joint ventures, distressed debt and note sales that could eventually lead to ownership opportunities.

The fund had been projected to reach $300 million but was expanded by MJW Investments, due to strong investor demand, according to the company.

“In the first hour we got such a huge response that we desired to expand it and have the firepower to be able to do more if the deals exist,” said Mark Weinstein, MJW’s founder and president.

Money for the fund is coming from wealthy individuals, family offices and private wealth management firms, according to MJW.

Weinstein said the company was not shying away from investing due to the coronavirus, but added that the pandemic has caused some issues.

Due to travel restrictions in response to the coronavirus pandemic, Weinstein said, MJW Investments would likely start by purchasing multifamily assets in L.A. and distressed debt that could lead to acquiring properties later.

He said MJW Investments was not looking to invest in a set number of units.

“It’s going to be deal-centric and how large the deals are and how many deals,” he said. “We want to buy as many units as we can, but some of the purchases might be smaller buildings. In Los Angeles, there aren’t a lot of big buildings. It’s hard to buy a lot of units in one building. We are going to be opportunistic.”

The company owns lots of properties in L.A. already, Weinstein said, so MJW Investments would likely purchase smaller buildings. The company is also interested in larger properties in other cities, he said.

“We are one of the largest private owners of student housing nationally now,” he said. “We’ve been in it for 14 years. We know that area is going to be hard hit. Schools have closed down, and people are going to leave even though they have an obligation to pay their rent.”

“A lot of people aren’t going to want to deal with all the problems that are going to occur,” Weinstein added. “We think there will be some opportunity in student housing and multifamily.”

MJW Investments isn’t the only company interested in student housing.

Ashland Pacific Integrated will purchase, manage and develop student housing, which will include value-add opportunities. It has already purchased an $18 million portfolio of student apartments, comprised of 84 beds near USC, the companies announced.

Ashland Pacific, the managing member of the joint venture, owns or manages 40 properties valued at $70 million around USC, according to Ashland Pacific.

Kitty Wallace, an executive vice president at Colliers International Group Inc., said that despite the coronavirus, student housing investors would likely still be interested in the asset type because “the housing fundamentals in general are good.”

While a lot of student housing units may be empty right now, many have parent cosigners on leases. “The colleges are going to open next year, and the students will all need a place to live next year,” Wallace said.

She added that many student housing operators prelease their properties — or lease in advance for the next academic year.

As far as acquisitions of student housing properties go, Wallace said there could be some difficulty as it may be harder to secure financing for acquisitions, but some people will still be looking to sell.

“There will be opportunities with individuals who want to sell assets and for companies to pick something up that might not have been available before,” Wallace said.

She added that strong market fundamentals, including a housing shortage, will continue to make all multifamily housing properties in high demand.

MJW Investments is 35 years old, and Weinstein said the company’s experience and history of going through other real estate cycles was a benefit now.