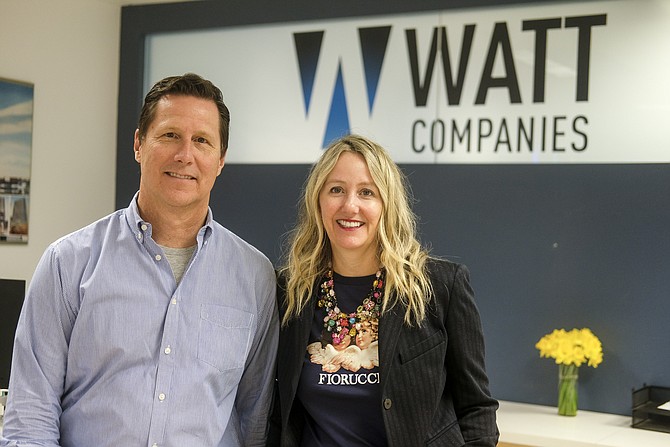 Ray Watt founded what has become Watt Cos., one of the state’s largest real estate developers and owners, in 1947.

He launched the company with the goal of creating housing for GIs returning from World War II, according to his granddaughter, Nadine Watt.

After recent leadership changes that included Nadine Watt taking on the title of chief executive, Watt Cos. is again focused on housing, this time for a new generation of Southern Californians who are embracing multifamily developments.

Nadine Watt, who had been president of the company since 2011, was named CEO in January, succeeding her father, Scott Watt, who became chairman. Her new role makes Nadine Watt one of the few female chief executives of a large Los Angeles-based company.

She leads a business that has $160 million in annual revenue, counts 3,000 multifamily units, 28 retail centers, and 3.6 million square feet of office and industrial space in its portfolio.

John Devereux was named president of Watt Cos. after Nadine Watt’s elevation. Since joining the company, he has focused on equity and debt. Previously, Devereux held leadership roles with companies that include downtown-based Colony Capital Inc. and OneWest Bank.

His prior experience in leadership roles, Devereux said, taught him to “see all the problems and negotiate with borrowers.”

“Watt offered a real estate platform with five divisions and the opportunity to take all the experience I had and bring them together here,” he added.

Devereaux is hoping, he said, to “bring Watt to the next level.” 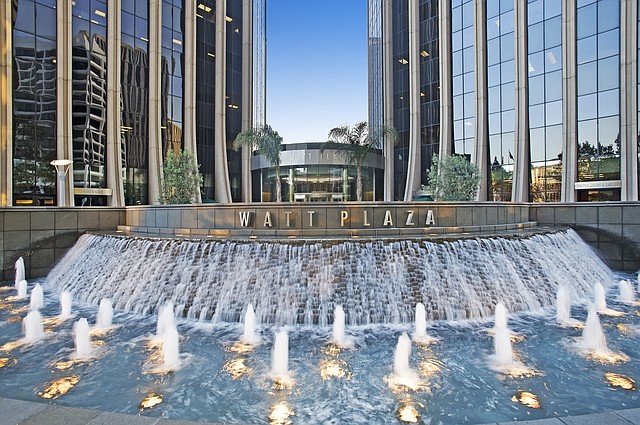 Moving away from retail, office

Retail became a big part of the company’s portfolio beginning in the 1960s, before Watt pivoted in 2015.

“We started a strategic plan to divest in retail,” Watt said.

The retail market has changed dramatically in the last decade. Many customers now shop online, and big-box chains such as Macy’s Inc., JCPenney Co. Inc. and Sears Holdings Corp. have shuttered locations nationwide.

Many mall owners have been faced with higher vacancy rates. In the second half of 2019 in L.A., retail vacancy rates were 5.7%, up 70 basis points over the previous year, according to data from Cushman & Wakefield Inc.

Watt Cos. now has 28 retail centers.

Nadine Watt called office buildings “highly capital intensive” and said the company would likely still do some one-off deals but was focused on moving predominantly to multifamily housing.

She isn’t alone in that assessment. Roughly $28 billion was spent acquiring commercial real estate in L.A. in 2019, up roughly 691% from 2009, according to data from Newmark Knight Frank.

Multifamily properties are one of the most in-demand asset types nationwide, said Eric Willett, regional director of research and thought leadership at CBRE Group Inc., due largely to populations of baby boomers and millennials renting space.

“We aren’t reverting back to the high home ownership rate of the mid 2000s,” Willett said. “Many are deciding to rent on an ongoing basis, and the investor community has picked up on it.”

And that doesn’t show any signs of changing.

“Looking over the long term, apartments have had an incredible story of performance and sustainability,” Willett said. “The level of stability is really attractive.” 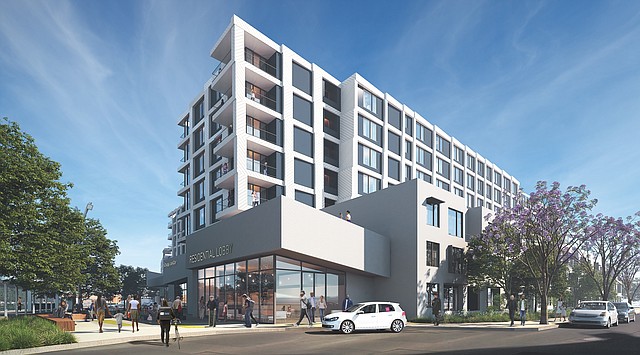 Watt's Expo-Crenshaw project is a joint-venture with L.A. County and Metro.

In its plan for multifamily development, Watt Cos. is hoping to create more workforce housing, which Watt said will be open to “the missing middle” — those who do not qualify for affordable housing but can’t afford luxury apartment rents.

One of the projects Watt said she is most excited about is a 400-unit joint venture development with Los Angeles County and Metro at the Expo/Crenshaw Station. The project will have 20% affordable units and retail.

“You have to do it in a public-private partnership where they give the land for free basically,” Watt said. “You can’t do ground-up and make it affordable for the missing middle.”

Watt said value-add developments for the missing middle, though, were also a possibility.

The topic on many minds is whether the country is headed toward a recession. And the coronavirus is raising even more concerns.

She said she thinks that, as a result, some manufacturing will come back to the United States, and there will be “good, high-quality jobs back in Southern California.”

And this may affect the product types Watt Cos. is interested in.

“With manufacturing coming back to the U.S. and Southern California, especially, I would be very interested in industrial,” Watt said.

Devereux said the company’s asset types also depend on the “appetite of institutional partners.” Watt Cos., he added, has one project in an opportunity zone already and is interested in doing more.

Devereux has already been through several real estate cycles, which he and Watt agreed was a plus.

“Growing up in that distress environment helps with your investment instincts,” Devereux said.

Watt added that that expertise made him “helpful in evaluating outside investments.”

And Devereux is currently developing a plan for the company with an eye on outside factors like a recession.

“We are formulating five business plans for each unit within Watt,” he said. “We evaluate all business lines and investments with an eye toward the downside. Watt has the staying power to last.”