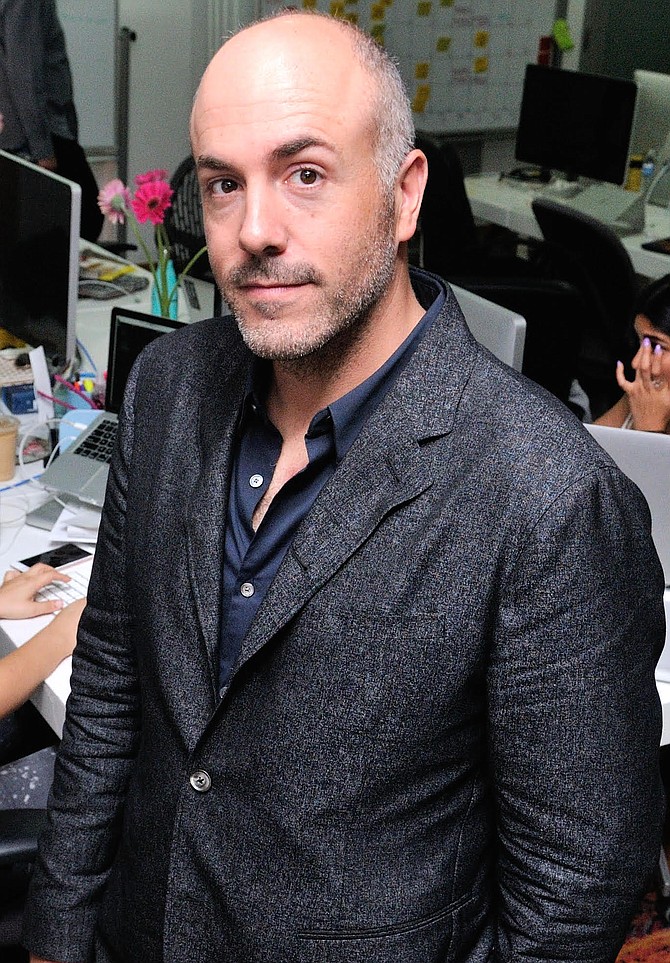 Michael Jones can see his firm’s offices through a remote security camera feed. They are empty.

The chief executive of Santa Monica-based venture capital firm Science Inc. said that although the space is still technically open, “basically everyone” has chosen to work from home — including himself.

Jones, like nearly all of Los Angeles’ venture capital community, has gone remote.

Almost overnight, the coronavirus has transformed the way Angelenos work. For many fortunate enough to retain their jobs, online work has become the new norm. 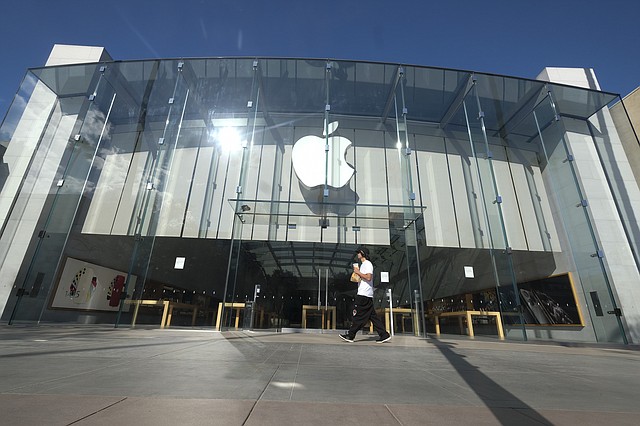 A closed Apple store at the 3rd St. Promenade on Wednesday, March 18, 2020, in Santa Monica. Major brands like Apple closed stores and offices, encouraging remote work, as the coronavirus pandemic escalated. L.A. venture capital firms are leading a similar push in their industry.

As the county enters an informal lockdown, businesses of all stripes have joined heavyweights such as Google, Apple Inc., Netflix Inc., NBCUniversal Media, Santa Monica-based Amazon Studios and Burbank-based Warner Bros. Entertainment Inc. in encouraging staff to work from home.

While the sudden transition has been painful for some sectors, many in the VC space say that keeping up “business as usual” has been relatively straightforward — at least from an operational perspective.

Rannala said his firm, which has investments based in various locations across the United States, already relied heavily on digital channels such as Slack messaging and Zoom video conferencing to stay connected with its portfolio companies.

When the increasing severity of the virus made it apparent that remote working would be necessary, he said, the shift was largely as simple as moving in-person meetings to video calls.

Rannala credited an established remote working culture among many startups with helping prepare his and other VC firms for the quasi-quarantine.

“Over the last few years,” he said, “a lot of these companies have started to build remote working processes and tools into their businesses just due to difficulties in hiring.”

Firms like Mucker often take these practices from their portfolio companies, according to Rannala, making them more remote-ready than most businesses.

When the coronavirus shutdown began to loom large, some firms explicitly called on their startups for help preparing.

“We have a lot of our companies that are distributed teams,” said Stewart Easterby, a Los Angeles-based operating partner at Greycroft.

“When we saw that this was going to be likely,” he said, “I reached out to them and asked what their policies were to make that work well.”

Their suggestions, according to Easterby, helped make the de facto lockdown less of a strain on business operations.

This forced shift to remote work could have a lasting impact on business culture and working practices, according to Jolanta Aritz, a researcher and professor of business communication at USC.

Recent research by Aritz and her colleagues suggests most people, regardless of age, are generally anxious and apprehensive when first forced to adopt online-only tools and processes. This feeling changes quickly, however, as they grow more confident in their ability to succeed in the new medium.

“The (anxiety) entry point is really high, and at the end, it shows that we worried for no reason,” she said.

Aritz said the current coronavirus shutdown could turn out to be a real-world demonstration of this phenomenon in action. As people and companies are forced to push through their initial discomfort with online work, it will likely break down some of the mental barriers preventing the practice’s wider adoption, according to the researcher.

“I think it will make us much more comfortable (with remote work) and flexible than we currently are,” she said.

“We have a culture where we like to have people in the office and interact,” he said.

Vatere’s Santa Monica-based company makes mobile entertainment content targeted at a Generation Z audience. Although the founder said his company had the tools in place for online work, almost none was actually conducted remotely prior to March 13. That day, Vatere told his staff to all begin working from home.

“If you’d asked me two weeks ago about having a fully remote office, I would have said, ‘Never, it’s the worst idea ever,’” he said.

After only a short time, however, Vatere said his opinion of remote working has already begun to shift.

“Now that we’ve been forced here to do it all remote, it feels like it’s possible,” he said. “It’s better than I thought.”

This result is despite the fact that Mammoth is dealing with a larger workload than ever before, according to Vatere. He said activity on both of the company’s two mobile apps, with more than 60 million downloads between them, has spiked since schools shut down in the wake of the virus.

Yet most companies are not as fortunate as Vatere’s. Entire industries such as travel, tourism and hospitality have been effectively shut down by the coronavirus. Stagnation in the travel industry alone will result in a $450 billion hit to U.S. gross domestic product this year, according to a recent report by researcher Oxford Economics Ltd. The group estimates that 4.6 million U.S. travel sector jobs will evaporate by May in the pandemic’s wake.

All three major U.S. stock indexes have fallen by roughly 30% from their February highs. The Chicago Board Options Exchange’s Volatility Index, or VIX — a leading indicator of stock market volatility — reached record levels on March 16, surpassing its highest point during the financial crisis more than a decade ago.

Venture capital will almost certainly be affected. While remote practices and tools can help keep many operations running smoothly, capital flows from many investors will likely be less reliable just as many VC firms’ portfolio companies need them most.

“Every venture firm for the moment is going to tell the world that they are open for business,” said Ben Savage, a partner at Santa Monica-based Clocktower Technology Ventures.

“I think the reality is that that is almost certainly not true and most people are retrenching on new investments for a variety of reasons,” he said.

He added that firms able to successfully help their portfolio companies through the crisis will have the opportunity to burnish reputations as high-quality partners.

Science Inc.’s Jones also anticipates an impact on investments although he is less certain of the degree.

Jones said that some limited partner investors, such as one that gave his firm a new capital commitment on March 16, seemed undeterred by the turmoil. At the same time, he said, “We do also have (limited partners) who think that private equity might be overrated because of the downturn in the public markets.”

While acknowledging the seriousness of the situation, Jones added that the coronavirus could have some unexpectedly positive long-term effects on American working culture.

“I think this is going to train us all how to work remote,” he said. “A lot of people will realize that they can avoid that brutal commute, spend more time with their families.”

He added that although not everything can be done effectively online, the lockdown will give many employers firsthand experience with just how much can.

“The weird thing isn’t that I’m working from home,” he said, “but it’s that everyone else is also.”