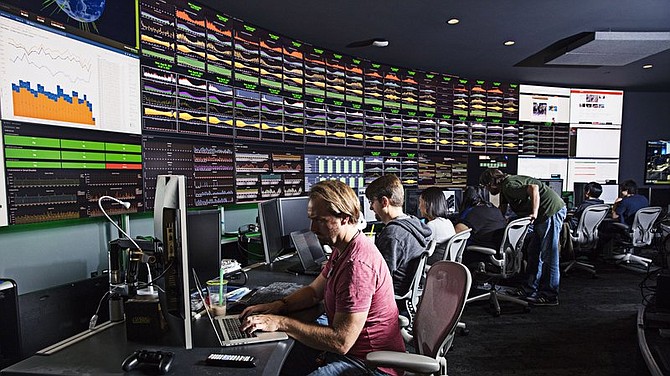 The gaming industry stands to be one of the few sectors that could benefit from the coronavirus pandemic despite losses triggered by disrupted conferences and esports tournaments, industry observers say.

Last week’s cancellation of 2020’s Electronic Entertainment Expo, or E3, a major video game trade show that was scheduled to take place at the Los Angeles Convention Center June 9-11, will have an impact on area hotels and on airlines flying into Los Angeles International and other local airports.

But that loss won’t necessarily be felt by the gaming companies themselves, said Eric Peckham, media analyst at TechCrunch.

“I don’t think for game companies, the events are revenue generating,” Peckham said. “They offer opportunities to show off their new games and create partnerships. A lot of that will still happen anyway without the events.”

One reason for the optimism for companies like Sawtelle-based Riot Games Inc. is that when consumers start to spend extended amounts of time at home, they often turn to the gaming world.

The virus outbreak in China, combined with extended Lunar New Year holidays, shifted consumer behavior in the world’s largest market. Game developers and publishers, such as Riot Games owner Tencent Holdings Ltd., managed to cash in on the demand for indoor entertainment, according to a report by Niko Partners, a research firm that specializes in the Chinese gaming industry.

“I think ultimately we will see a similar impact (in the United States), but not the same,” said Daniel Ahmad, senior analyst at Niko Partners. “(The coronavirus pandemic) should have a positive impact on the bottom line. … But we don’t expect it to be too significant right now. “

Some early indicators show similar behavior patterns among American consumers. Viewership on digital gaming platforms is reportedly rising, bringing in cash for brands such as Twitch and YouTube, which compete for media rights to content creators, such as game publishers and esports organizations.

“Gamers around the world are looking for more content and more things to do. We’re uniquely positioned to be able to deliver on that,” said Steve Arhancet, co-chief executive and co-owner of Team Liquid, a Santa Monica-based esports organization that manages about 85 players and gaming influencers.

While acknowledging that esports teams have to make adjustments to cope with tournament cancellations, Arhancet said influencers and players are gearing up for online matches and content creation that can offset the loss in offline events.

“There are esports matches almost every day that are being played from home and then broadcasted and consumed from homes,” he said. “You can play a game from a remote location. You can’t do that in football or basketball.”

Beyond content consumption, analysts anticipate an increase in at-home gaming across PC, mobile and console games, which will drive up spending on games.

“As people get more worried about how they’re spending money and wanting to save, they’re more likely to try games that are free to play,” he said, adding that changing consumer behavior is also shifting PC and console games to a free-to-play and cross-platform model.

“If people aren’t able to meet with friends in person as much, then they’re going to turn to virtual spaces where they can hang out together and play together,” he said.

Historically, the gaming industry has been resilient during economic downturns or even recessions.

“At the end of 2008, gaming stocks were still going up when the rest of the market was crashing but adjusted in mid-2009,” Peckham said, adding that the industry will be even more resilient now that mobile games are more mature products, compared to 12 years ago when smartphones had just arrived.

Despite the positive outlook, there will be disruptions. Ahmad said supply chain issues need to be taken into consideration when predicting future trends.

“About 90% of video game consoles imported into the U.S. in 2017 were from China,” Ahmad said. He added that anything physical that has to be manufactured will see a delay in shipment and delivery.