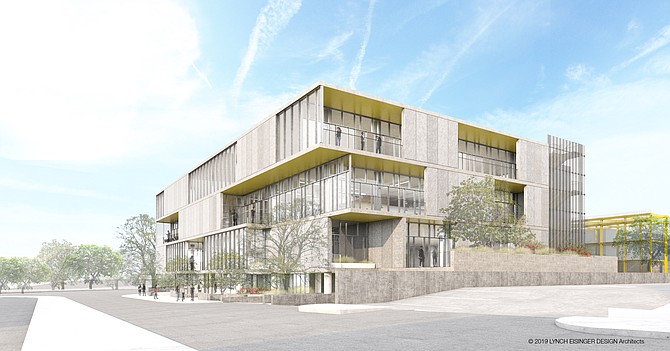 Developers of a planned mixed-use building in Culver City secured a $59.3 million loan.

The developers of the project, located at 5950 Jefferson Blvd., are Sawtelle-based Urban Offerings Inc. and Meridian Group Ltd.

The loan, which was provided by an unnamed institutional fund manager, will be used to demolish an existing building and replace it with a four-story creative office building with ground-level retail.

Urban Offerings was founded in 2005. It is the company’s eighth joint venture with Meridian Group.

“Urban Offerings is an experienced sponsor with a strong track record of developing well-designed urban infill properties, including three properties immediately adjacent to the site,” Dekel Capital Principal Shlomi Ronen said in a statement. “We saw tremendous interest from the capital markets given the strength of the Culver City office market, and, equally important, the experience and successful performance history of Urban Offerings.”

The project is expected to be completed by June 2021. The property is located near the Hayden Tract, a former warehouse district in Culver City.

Much of the area has been converted to creative office space and is home to a number of tech companies and startups including Awesome Office Inc., known as SnackNation, Jam City Inc. and SteelHouse Inc.

Office space in West L.A. is in high demand. In the fourth quarter, asking rent for Class A office space in the area was $5.42 a square foot, up $1.28 over the previous year, according to data from Jones Lang LaSalle Inc. Vacancy rates in the area were a mere 7.5%, down from 15.1% the previous year. It was one of the lowest vacancy rates in Los Angeles County, behind only West Hollywood and Century City.

The area had roughly 430,000 square feet of office space under construction during the quarter.