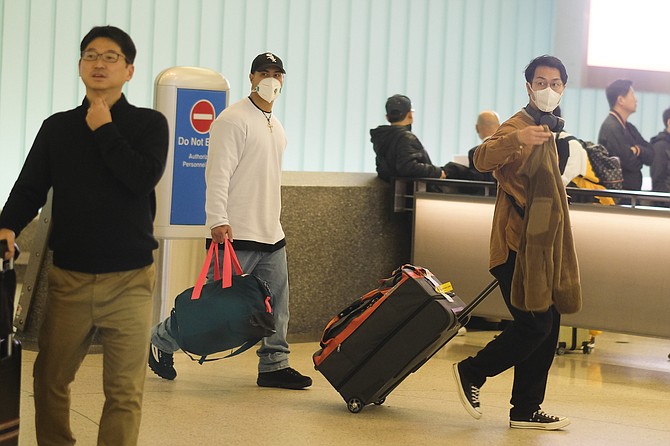 Celeste Perez has been working for the past six months to prepare for one week.

Her company, an Echo Park-based health drink startup named Dewdrop Inc., was set for its public launch at the Natural Products Expo West in Anaheim on March 5.

“It’s a really costly event to go to,” she said, “but the goal is to come out of there with your Costco or Whole Foods deal.”

But by March 2, both of those companies, along with a large swath of other attending businesses, had pulled out of the event due to concerns about Covid-19 — the disease caused by the new coronavirus.

The event’s organizer, New Hope Network, announced the following day that the event would be moved to a to-be-determined date. The news came after some companies had already arrived at the conference center.

“About 20 minutes after we had everything set up, they told us that it was getting postponed,” Perez said. “We built our entire launch around this event. This has been a crisis for us and a lot of the other companies involved.”

Across the Los Angeles region, events and industries such as hospitality, health care and logistics are starting to feel the squeeze from the new coronavirus.

Stocks of local businesses are also affected. An index of publicly traded Los Angeles companies tracked by the Business Journal declined 11.2% over the last month.

On March 2, L.A. City Controller Ron Galperin forecast that Covid-19 could impact the city’s budget and have ripple effects throughout the local economy. Two days later, L.A. County officials declared a public health emergency in response to the virus.

Major conferences, such as the Trans-Pacific Merchants event in Long Beach, have been postponed or canceled. Industry giants like Santa Monica-based Activision Blizzard Inc. have pulled out of national events like the now-postposed Game Developers Conference in San Francisco over virus fears.

Apple Inc., Netflix Inc. and TikTok Inc., which have extensive operations in Los Angeles, are among the companies that have reportedly backed out of the South by Southwest Conference starting next week in Austin, Texas.

Dewdrop’s Perez estimates that she spent between $15,000 and $20,000 preparing for Natural Products Expo West. New Hope Network has put together a $5 million “rebate fund,” although it has yet to provide details on what compensation businesses might receive.

“For companies like ours,” Perez said, “this was our entire marketing budget for launch.”

Despite the disruption to companies like Perez’s, some health care professionals say that shutting down or delaying these events is the right thing to do.

“Until we can bring the spread (of the virus) down, we have to go into containment mode,” said Paramdeep Bhasin, a general practitioner at Point Health in Encino. “People should avoid any meeting that is not mandatory.”

Other so-called “precautions” people are taking against the virus are less helpful, according to the doctor.

While medical professionals need the masks for their work, Bhasin said they will do little to prevent someone from contracting the coronavirus.

“It’s easiest to get infected through your eyes,” he said. “The mask doesn’t do anything to stop that.”

On the front lines

For many employed in Los Angeles’ massive hospitality and leisure sectors, taking Bhasin’s advice to stay away from high-traffic areas is nearly impossible.

“We have members that come in daily contact with people from all over the world,” said Rachel Sulkes, a spokesperson for hospitality and food service workers union Unite Here Local 11.

She cited two coronavirus-prevention initiatives that her organization is working on with local hospitality and travel employers.

“We’ve proposed that hotels remove one room from housekeepers’ daily room quota so they can clean extra thoroughly,” she said.

Sulkes said her organization was also working with airline caterer Sky Chefs Inc. regarding policies that penalize workers from calling in sick too often. “We want to temporarily suspend those policies to ensure that people who are sick aren’t coming in to prepare food,” she said.

Agreements on these and other coronavirus-related initiatives have yet to be reached, but Sulkes said she is optimistic that they will be agreed on by L.A. hospitality businesses soon.

“There is a high incentive for them to come out saying that they are taking all of these precautionary measures,” Sulkes said. “It sends a powerful message that the employer is prioritizing customer safety.”

While these measures might enable local hospitality workers to support the fight against the new coronavirus, it won’t necessarily protect their jobs.

A recent report commissioned by the Los Angeles Tourism and Convention Board estimated 325,000 fewer Chinese travelers would visit Los Angeles this year as a result of the virus, leading to a drop of $921 million in direct spending. Total Chinese direct spending in Los Angeles last year was $1.3 billion, according to the tourism board.

“There’s no question that our members will feel the impact of this,” Sulkes said.

“We’re starting to hear from our employers that people are saying they don’t want to do certain events because of this (the virus),” she said. “After 9/11 and during the recession, we saw the industry lay off staff. That might happen again.”

She added that her organization was working with hospitality and food-service employers to avoid that outcome.

Kinks in the supply chain

Even sectors with limited human-to-human contact are feeling the effects of Covid-19.

As Chinese factories struggle to resume production, slow-moving disruptions in the supply chain are steadily creeping toward Southern California.

The Port of Los Angeles estimates its February cargo volumes dropped by 25% this year and projects a 12% to 15% decline in volume over the first quarter. 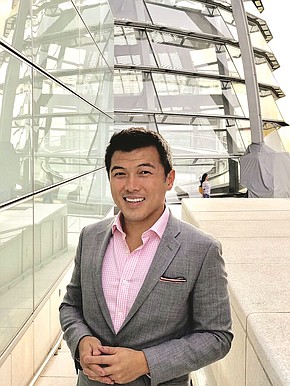 “This is just the beginning of the multiplier effect,” said Stephen Cheung, President of the World Trade Center Los Angeles. “When container volumes drop, you are also affecting truck drivers, distribution centers and retailers.”

He added that the negative impact from this multiplier effect on businesses was likely to spread throughout the region.

“You need to make sure you have a clear supply plan,” said Bernadette Del Chiaro, executive director of the California Solar & Storage Association.

“It’s hard to say what companies could do,” she said. “Manufacturing isn’t something that you can flip a switch and change.”