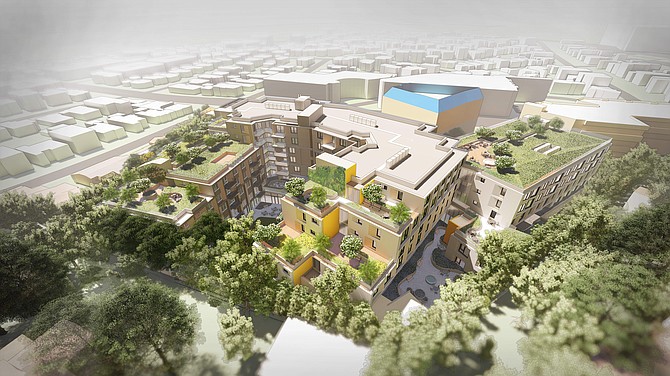 The silver tsunami triggered by the aging of America is driving increased demand for senior housing, even in the face of a pandemic.

For developers and investors, the opportunities presented by senior housing have made the sector a favorite.

Senior housing and care assets, which encompasses everything from independent living to memory care facilities, attracted $17 billion of investment in 2019, according to a CBRE Group Inc. report on senior housing.

Investment in the near term will likely decline due to Covid-19, according to the report, but that hasn’t discouraged developers.

“The senior housing model is not broken because of Covid. One can argue that it is a safer place to be for seniors,” said Lisa Widmier, executive vice president of the senior housing capital markets practice at CBRE.

“They did a really good job mostly with protecting their residents and the spread of Covid. That asset class has been maintained,” Lewitt said.

Shlomi Ronen, managing principal and founder at Century City-based Dekel Capital Inc., said that while nursing homes have had some issues, senior housing communities like independent living are an asset type the group is hoping to invest in.

“The companies that are in the space that are financing senior housing understand the nuances between the different product types and remain active. Lending in the space remains active,” he said.

And that lending is driven by continued demand.

“The industry still is very positive. If you look at the amount of private equity dry powder that is available right now for senior housing, it is more than double what it was when we entered the last recession,” Lewitt said.

Nationally, he said, $7 billion to $10 billion could be invested in the next few years.

“It remains a bright spot as an asset class, especially in Los Angeles where we are so underbuilt,” Lewitt said.

Ronen agreed. “It’s a product that was in high demand from a user standpoint and will continue to be in high demand. There’s still going to be demand out there for this.”

Widmier said 100% occupied senior living communities that are Covid-free are still selling at the same price they would have before the pandemic, especially in undersupplied areas like L.A.

Belmont Village is a huge owner of senior housing facilities nationwide, and it has seven facilities in L.A. with more planned.

Patricia Will, the company’s chief executive, said even with Covid-19, its properties are in high demand.

“We are (in demand), particularly in places like L.A. where there’s more demand than supply,” she said. “We had a couple of months where we suspended move-ins in order to focus on the residents we have with us and are slowly resuming move-ins and have found that demand is really quite high.”

The company has added protective gear to its communities, suspended visitors, made test kits available, served residents meals in their apartments to allow for social distancing and become more creative with activities.

Will said she thinks demand, which was high to begin with, could be further heightened.

“We see people who were home that may have been stranded by themselves, their family members don’t live that close, and it was very difficult for these people,” she said.

Some L.A. investors are interested in senior living as well.

Many developers have plans to add additional senior housing communities in L.A.

Beverly Hills-based Panorama Group Inc. has a property under construction in Westchester and has proposed developments in Eagle Rock and Mid-City.

The Eagle Rock and Mid-City proposals are being designed by KTGY Architecture & Planning. 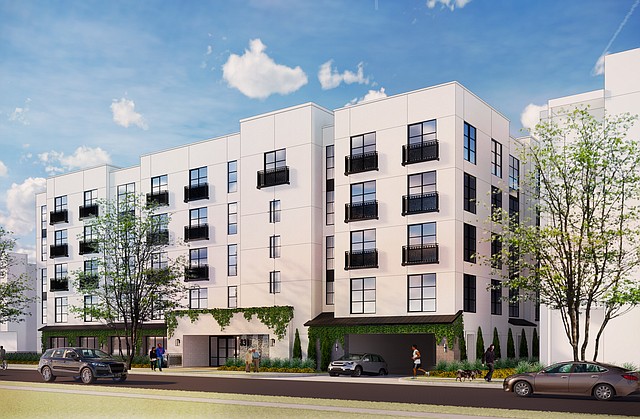 A rendering of Panorama Group's senior project in Mid-City, which is expected to open in 2022.

Panorama was founded in 2016. Founder and Principal Daniel Kianmahd launched the company with the goal of bringing more senior housing to L.A.

He said the group is in the entitlement stage for 189 units and has 237 units in the pipeline for the next few years. He added that Panorama is focused on outdoor space and amenities for its properties.

South Bay Partners, a national developer and owner of senior housing, has developed roughly 10,000 units nationwide. It doesn’t have anything open yet in L.A. but has plans to open properties here.

“You have an old age and a lack of supply,” he said.

The company has a 333-unit property under construction in Woodland Hills and plans for a 192-unit facility dubbed The Bellwood near Century City as well as locations in Orange County.

“We are very committed to the Los Angeles area,” McGonigle said. “The baby boomers are what’s driving this. (The oldest baby boomers) hit 80 in 2026, and we plan on having a Class A portfolio to meet that demand.”

The group is targeting areas people drive by on their way to other places, close to hospitals and medical facilities, and in areas with aging populations.

Their centers, in addition to many other current senior housing developments, have high-end amenities and lots of common space, creating a resort-like atmosphere.

“This is a new generation of senior living,” McGonigle said. “It’s really driving the experience for the resident.”

The Bellwood, for example, will have 50,000 square feet of common space inside and more outdoor space, including rooftop decks on different levels.

McGonigle said some of these features were already common in multifamily and student housing, and are now coming to senior housing, which could attract younger seniors to the developments.

In the next 10 years, South Bay Partners hopes to add 15 to 20 facilities in the greater L.A. area. Some, McGonigle said, would likely be close to 100 units.

The group, which already has one location in Westwood, is working on a second property on Wilshire Boulevard.

The two Belmont Village sites will operate separately but may have some joint programming. It will likely break ground next year, Will said.

The other Westwood property has been at 100% occupancy for roughly six years.

In the next 10 years, Will said, the group is hoping for three more locations in L.A.

“We are very bullish on California and are continuing to grow there,” she said, adding that future developments would have more tech features.

KTGY Associate Principal Ben Seager has worked on many senior living projects. He said he thinks there will be some changes to the way projects are designed moving forward.

“The first thoughts are multiuse amenities spaces that can be sectioned off,” he said, adding that there will be ways to divide spaces so one big area can become many small ones. And a few units that share one living room area may become more common as well, so people don’t have to isolate completely to socially distance.

Most existing L.A. facilities were built in the ’70s or ’80s, he said, meaning there’s a need for new product.

But building is not easy for these types of properties, and there are a few reasons why L.A. is so undersupplied.

“In past years, the same piece of land could sell for a higher price for multifamily or other users, so we were getting outbid,” Widmier said.

Kianmahd said there can also be a negative stigma around senior housing facilities, which can make it harder to get projects approved.

L.A., he said, has only seen two new assisted living buildings opened since 2012. In Denver, which has one-sixth of L.A.’s senior population, nine facilities have opened during that time.

“There’s a supply that is old and not sufficient, and there’s a demand that is clearly there,” Kianmahd said. “As boomers get older, they are going to need facilities to age in. If we don’t start building now to catch up with the demand, we are going to feel it.”

Widmier said some extended-stay hotel rooms with a kitchenette could be converted, but developers would have to find common areas for amenities too.

“In some of the more infill areas it might make sense,” she said.

Lewitt said Covid-19 may make people “pickier about their location.”

“Prior to Covid, people were more interested in secondary locations. Now, the only buyers I’m seeing are for the high-end and great locations,” he said.