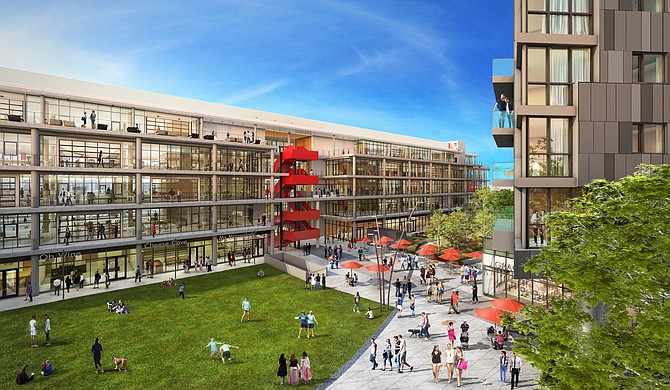 “The creation of Retail reVision formalizes a program that we have been developing over the past few years designed to utilize our company’s broad experience as a developer, owner and operator of all types of commercial properties, including integrated mixed-used developments,” Michael Lowe, co-chief executive of Lowe, said in a statement.

“We see this as an opportune time to deploy our multidisciplined skills to reenvisioning and redeveloping well located, but underutilized and underperforming retail real estate,” Lowe added.

Mayer was previously a managing director for retail at Rockwood Capital.

He has also held roles as a director at BlackRock Inc. and as a senior vice president at California Pizza Kitchen Inc., where he worked in real estate and development.

“The ongoing retail contraction, accelerated by the Covid-19 crisis, will increase the need to reposition retail assets. Whether it’s a closed department store or big-box retailer, or under-occupied shopping center or regional mall, Lowe will evaluate and devise a new plan to introduce new alternative uses that will create value, bring life back to the property, and enrich the community,” Mayer said in a statement.

Retail reVision will sometimes operate as a joint venture partner, as a manager or as an adviser.

Lowe is looking at opportunities in regional centers where it already operates, including California, the Pacific Northwest, the Mid-

The company is already working with Centennial Real Estate on MainPlace Mall in Santa Ana. The two are working together on plans to “densify the project with multifamily, office and/or hotel uses,” according to Lowe.

Lowe is very active in L.A. One of its biggest projects is Ivy Station. The project is a 500,000-square-foot mixed-use development in Culver City with retail, apartment units, office space and a hotel.

Mayer said every project would be a little different.

“Our approach is people-focused. The first step in assessing a property is to look at what drives consumers, which may not always be strictly a commercial use,” he said in a statement. “While the addition of housing, office and hotel space can deliver a new base of customers, it may be that a park or other recreation or gathering place is just as important in creating the right environment and generating value.”