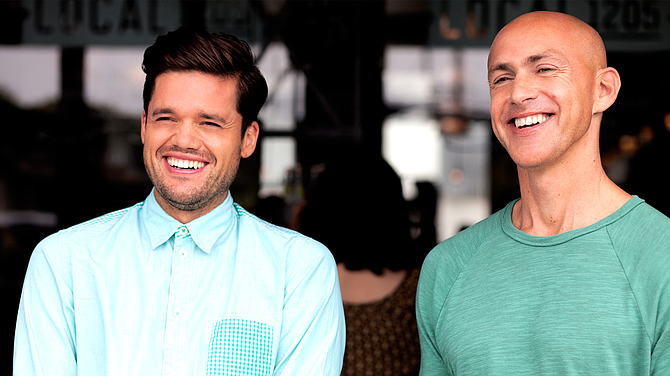 Headspace Inc., the Santa Monica-based meditation app developer, has raised an additional $47.7 million in equity from 10 investors for its Series C funding round.

The new funding brings the total Series C raise to $100.7 million in equity and $40 million in debt, according to a filing with the Securities and Exchange Commission by OrangeDot Inc., the legal entity and holding company for Headspace.

The round, initially announced in February, was led by Blisce with participation from Waverley Capital, Times Bridge, Chernin Group, Spectrum Equity and Advancit Capital.

Headspace declined to disclose how the funding will be allocated.

The company, which was founded in 2010 by Andy Puddicombe and Richard Pierson, said its app has reached more than 65 million downloads in 190 countries. It charges $70 annually, or $13 monthly, for a selection of several hundred meditation recordings and exercise videos ranging from 2 to 20 minutes. The company said it has more than 2 million paid users.

The app was recently selected by Snap Inc., the Santa Monica-based social media company, as one of seven initial partners for Snap Minis, which allows third-party programs to live inside Snapchat’s Chat section.

“With the introduction of the Headspace Minis on Snapchat, we have the opportunity to help improve the mental health of young people around the world by making space for more vulnerable one-on-one conversations within the app and providing access to mental health tools they may have otherwise not known, or are not familiar with,” Megan Jones Bell, chief science and strategy officer at Headspace, said in an email.

In addition to its direct-to-consumer business, Headspace operates a business-to-business segment, “Headspace for Work,” to offer mindfulness products and services to organizations and their employees. The company said it has more than 900 company clients, including Starbucks Corp. and Adobe Inc.