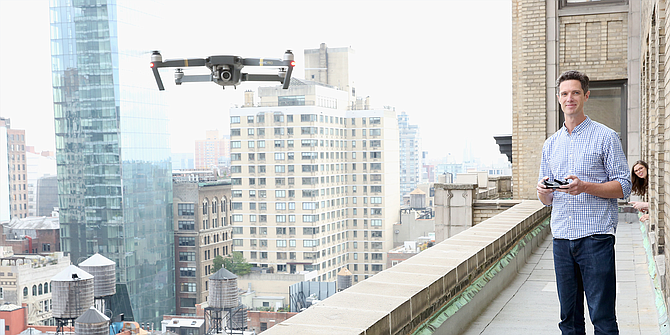 DroneBase is turning to the renewable energy market.

DroneBase has now raised a total of $32 million in funding.

The company uses drones to collect and analyze aerial imagery, video and data for clients in industries ranging from real estate to insurance.

DroneBase said it has started to apply its technologies to the renewable energy market with its new platform, DroneBase Insights for Wind and Solar, which allows customers to use drones to inspect wind turbines and solar panels through an autonomous flight system.

“DroneBase’s expansion into renewable energy reflects our belief in the growth potential of the wind and solar energy industries,” founder and Chief Executive Dan Burton said in a statement. “Since many energy companies have both wind and solar assets, we are well positioned to leverage our DroneBase Insights platform to grow our global market share in renewable energy.”

The company said it plans to open an office in Germany to expand its European client base.

“We had planned to locate our office in Munich, but as we are evaluating a lighter office footprint in the U.S., we may pursue a remote-first model in Europe as well,” Burton said in an email.

DroneBase said it has completed more than 100,000 commercial missions in more than 70 countries. Burton said the company has seen an uptick in missions, sales and revenue throughout March, April and May but declined to disclose figures.