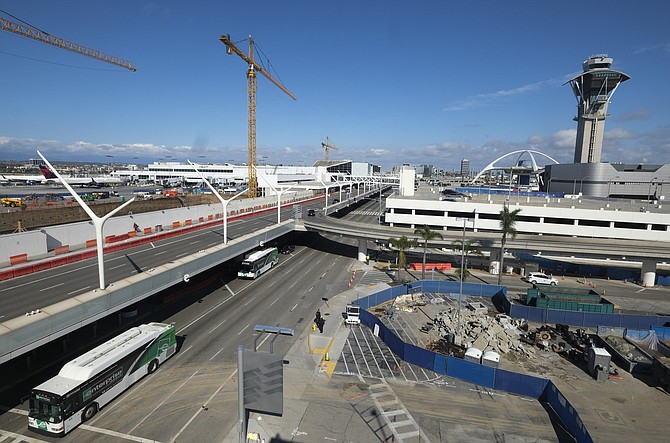 Passenger traffic at Los Angeles International Airport dropped nearly 96% in April, to less than 300,000, as the Covid-19 pandemic hit the air travel industry with full force.

According to LAWA spokesman Heath Montgomery, LAX has not seen numbers this low since 1955 when the airport served a total of 3.4 million passengers for the year. That was before the current terminal loop and runway configuration took shape in the early 1960s.

April figures from Ontario International Airport were marginally better, showing a passenger count down 93.5% to 28,916 from nearly 445,000 in April 2019.

Long Beach and Hollywood Burbank airports had not released April passenger statistics as of May 27.

At LAX, the total number of commercial plane takeoffs and landings fell 72.6% in April, to 14,400. As that decrease was smaller than the drop in passengers, it signifies that planes arriving and departing LAX were less full. That’s in line with anecdotal reports of commercial planes flying with as few as 10 to 20 passengers.

The situation has improved since April, but only slightly, according to Sean Burton, president of the LAWA Board of Airport Commissioners. In comments during the board’s May 21 video teleconference meeting, he said passenger counts were slightly up in mid-May from their April lows.

“This past week, for the first time since March, our TSA officers screened more than 10,000 passengers in a single day, and this happened twice last week. On Sunday (May 17), we reached 12,000 passengers,” Burton said during the meeting.

“We’re now averaging a decrease of 90% to 92% each day, compared to the same day last year. That’s an improvement from our low point of a reduction of more than 96%,” he continued. “So, I guess you can say that on certain days, our passenger traffic is double from the previous week.”

But, Burton added, “We still have a long way to go. A full resurgence in travel is not likely anytime soon.”

The one relatively bright spot in the April statistics from LAX and Ontario was cargo tonnage.

At Ontario, total cargo tonnage rose 24% from previous-year levels, to 76,700 tons. The airport serves as a hub for transport of household goods, which have seen robust demand levels during the pandemic.

At LAX, cargo tonnage fell, but nowhere near as much as the passenger counts. Total cargo tonnage was just under 175,000, down 8% from April 2019.