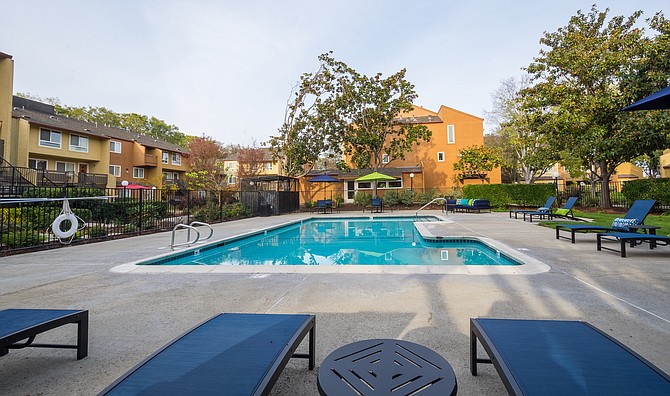 Mid-Wilshire-based Decron Properties Corp. has purchased a property in Fremont for nearly $72 million.

The deal is part of the group’s larger strategy to expand outside of Southern California.

The complex offers one- and two-bedroom floor plans and was built in 1980.

It is the company’s sixth acquisition in the Bay Area, according to Daniel Nagel, Decron Properties’ chief financial officer.

Its first acquisition outside of Southern California was in the Bay Area in 2015.

The company has since made purchases in the Pacific Northwest in 2018 and 2019.

Rancho Luna Sol is the group’s first purchase in Fremont.

“That acquisition was a pre-Covid decision,” Nagel said. “We entered into a contract before Covid-19 changed the way the economy is running now. It was part of a larger strategy to continue to grow our Bay Area portfolio.”

Nagel said moving into the Bay Area started because the company wanted to grow “outside of being a local, only Southern California real estate investment group and be more of a West Coast regional group.”

Late last year David Nagel, Decron’s president and chief executive, said the company was growing beyond California in part because of the legislative environment in the state and in an effort to diversify the company’s portfolio.

California legislation on Decron’s radar includes a rent control law that limits rent increases to 5% plus the rate of inflation.

But the company, which has roughly 8,600 apartment units and 1 million square feet of office and retail centers, is still interested in L.A.

Last year, it closed on the 250-unit Alura in Woodland Hills, which it purchased from Cigna Realty Investors and Pacific Union Residential for $79 million.