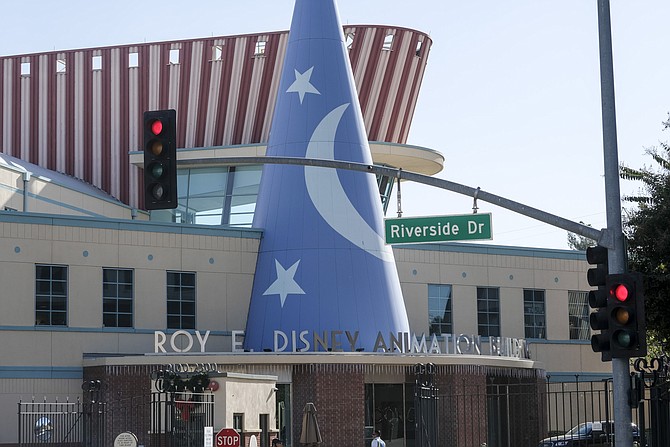 Disney lost 21% of its market cap for the year. Photo by Ringo Chiu.

For the year ending June 30, the collective market cap of the 122 companies on the Business Journal’s annual list of publicly traded companies fell by 2.5% — or $18.7 billion — to $732.7 billion, even as the broader markets posted gains during the same period.

Overall, 78 of the companies saw their market caps drop during the 12 months ending in June while only 44 posted gains.

That’s an even higher proportion of companies with declines in market cap than last year, when 74 out of 131 companies posted drops.

Why did L.A.’s public companies underperform the broader markets and do worse overall than last year?

One local analyst said that in part it’s because L.A.’s public companies are more heavily weighted toward smaller market capitalizations. Small-cap companies in general have fared relatively poorly over the past year.

“Large-capitalized companies have broadly outpaced small caps by about 13% over the past year, and the L.A. complex of stocks is overweight with small caps,” said Sahak Manuelian, managing director and head of equities trading at downtown-based Wedbush Securities.

Then there is Disney, the largest cap company on the Business Journal list by far.

The Burbank-based entertainment giant, which has seen multiple lines of business slammed by the Covid-19 pandemic — including its theme parks and film and television studios — lost 21% of its market cap for the year ending June 30.

In dollar terms, that translates to a whopping $55 billion loss, which exceeds the market cap of every other company on the list except No. 2 Amgen Inc. and No. 3 Activision Blizzard Inc.

Yet even with its drop, Disney’s market cap as of June 30 was still nearly $200 billion, comprising 27% of the total market cap of all 122 companies on the list, which is why Disney has such an outsized influence on the cumulative fortunes of L.A.’s public companies.

Take Disney out of the story, and the rest of the companies posted a combined gain of $36.4 billion, or 6.8%.

That gain, however, was largely due to the next three companies on the list: Amgen, with a $24 billion rise in market cap; Activision and its $22 billion increase; and Snap Inc., which posted a $14.6 billion gain. That’s a cumulative increase of just over $60 billion, more than offsetting Disney’s drop.

Nearly two-thirds of the remaining companies on the list saw their market caps drop.

Adding to the downbeat results: For the first time in several years, there were no newcomers to the list.

The past year saw no initial public offering debuts by local businesses and no publicly traded companies moving into the county.

Eight companies fell off the list, either through acquisitions, headquarters relocations outside the county or, in the case of CrowdGather Inc., apparently going out of business.

Among the companies acquired were: El Segundo-based PCM Inc., which was bought in August by Tempe, Ariz.-based Insight Enterprises, and Wesco Aircraft Holdings Inc., which was acquired in January by an affiliate of Beverly Hills-based Platinum Equity and taken private.

Several companies relocated their headquarters outside L.A. County, including soft-drink maker Reed’s Inc., which moved in fall 2018 to Norwalk, Conn., and Staar Surgical Co., which moved its headquarters from Monrovia to Lake Forest in Orange County in the spring of 2019.

Tech consulting firm ASGN Inc. is currently in the process of moving its headquarters from Calabasas to Glen Allen, Va. It, too, was dropped from the list.