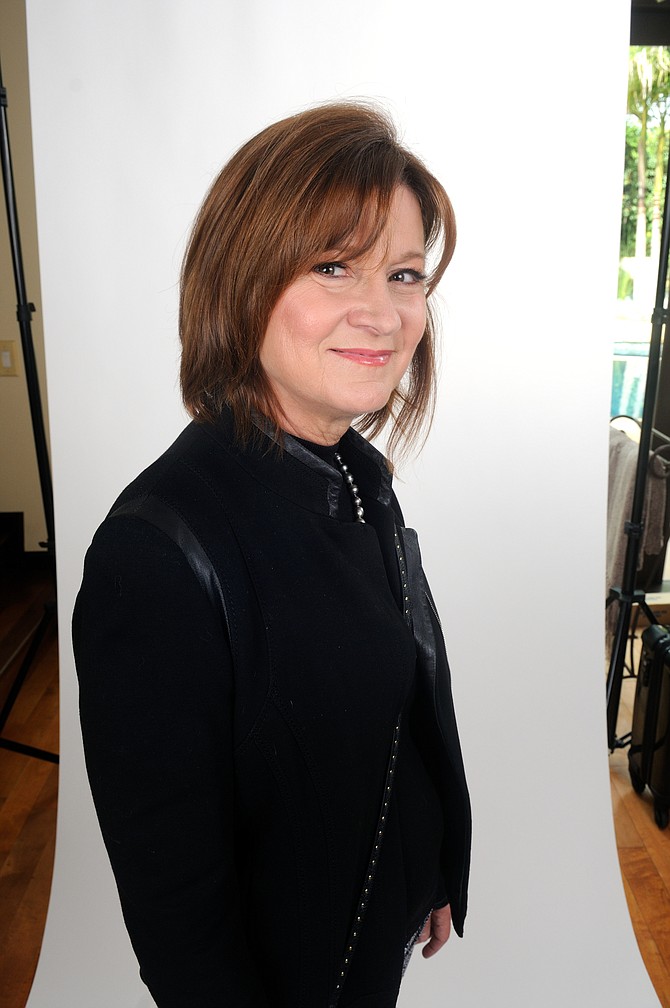 Cheryl Cecchetto produces Governors Balls for the Emmys and the Oscars. Photo by Thomas Wasper

Cheryl Cecchetto, founder and president of Sequoia Productions in Culver City, recalls a fateful afternoon in October 2001 when the 53rd Annual Primetime Emmy Awards ceremony was canceled just a few hours before showtime.

Cecchetto, who produces the Emmy Governors Ball, found out at 2 p.m. that awards show broadcaster CBS and the Television Academy were pulling the plug on that night’s Emmy ceremony in light of attacks in Afghanistan by the United States and its allies.

That year’s Emmy celebration had already been postponed from its original Sept. 16 date because of the Sept. 11 terrorist attacks. For the rescheduled Oct. 8 Emmys, flowers and food had already been delivered to the Shrine Auditorium for the traditional lavish Emmy after-party with upwards of 3,000 guests.

“It was crazy, but I remember saying ‘Wow, so what? … you can flip it,’” Cecchetto recalled. The flowers were delivered to local assisted-living homes, and about $200,000 worth of gourmet grub went to the Los Angeles Mission as a gift from chef Joachim Splichal of Patina Restaurant Group, longtime caterer of the Emmy balls. 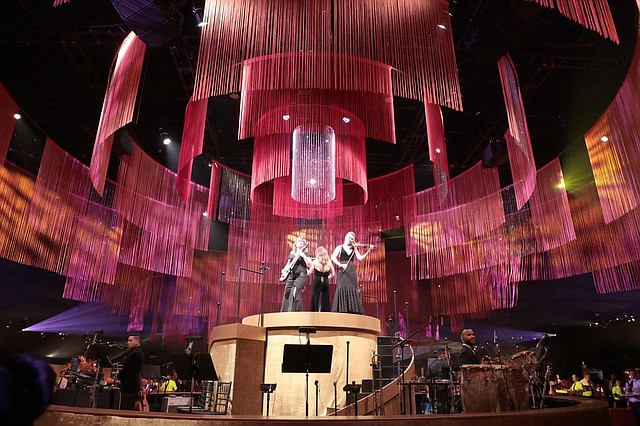 Sequoia Productions has produced the Governors Balls for the Primetime and Creative Arts Emmys for 22 consecutive years and the Academy Awards Governors Ball for 30 years.

This year, the TV Academy announced in mid-June it would cancel the three post-Emmy Governors Balls, which normally take place after each of two Creative Arts awards ceremonies and the big event, the Primetime Emmys.

The Emmys are still on the calendar for Sept. 20. The Academy also has said it is “rethinking” the Sept. 12-13 Creative Arts awards and may reinvent the awards as a series of virtual events.

Cecchetto said months of planning had already gone into designing the events for the Emmys, now held at downtown’s Microsoft Theater, before the change in party plans.

The Emmy changes are just one example of the widespread fallout from pandemic-related shifts to the entertainment industry’s Awards Season schedule.

Concerns about spreading the virus have not only scrambled the awards show calendar but also have affected qualification requirements, movie and TV submission deadlines, and nomination announcement dates.

For example, Primetime Emmy nominations were pushed from July 14 to July 28.

While the Emmy Awards have maintained their planned Sept. 20 event date, awards shuffling in Los Angeles has undergone a kind of backward domino effect since the Academy of Motion Picture Arts and Sciences announced on June 15 that it would postpone the final event of awards season, the Oscars, from Feb. 28 to April 25 due to coronavirus concerns.

The Academy also said the $482 million Academy Museum of Motion Pictures, located on Wilshire Boulevard’s Museum Row and initially scheduled to open to the public on Dec. 14, will now open on April 30.

Following suit on June 16, the Film Independent announced it would postpone its Spirit Awards in order to follow its tradition of having its beachside ceremony in Santa Monica take place the day before the Oscars.

On June 22, the Hollywood Foreign Press Association announced a delay of nearly two months for the Golden Globes, from early January to Feb. 28. The Screen Actors Guild followed suit on July 2 by announcing that its SAG Awards ceremony would move from Jan. 24 to March 14.

In early February, the Motion Picture Academy announced its annual Governors Ball for Oscars 2021 would be catered as usual by Wolfgang Puck and produced by Sequoia.

So far, there has been no announcement about changes in plans for the festivities, which would be Cecchetto’s 31st Oscars ball. “They are moving forward as normal, but safety and health will be first,” she said.

In the meantime, Cecchetto is adjusting her company’s business to pandemic requirements, including smaller guest lists, outdoor locations and events that blend virtual and live components.

One example is a September fundraising event for nonprofit Hollywood Community Housing Corp. for which donors will be delivered a gourmet food box to nibble on while viewing online the exclusive premiere of a 20-minute documentary on L.A.’s low-income housing crisis, produced by Sequoia.

“We’re not getting the 2,000 or 4,000 (guest events), but what Covid-19 has done is create a place for us to connect with more people who are horribly affected,” Cecchetto said. “I am moving in the direction the world wants me to move, but it’s still a celebration.” 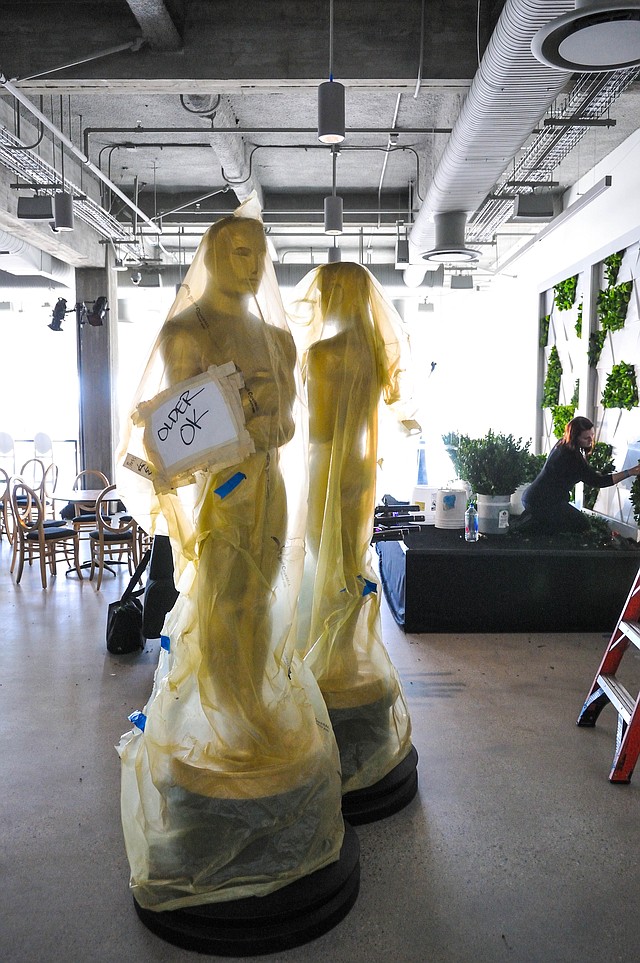 Planning for awards events starts months in advance. Decorative Oscar statues are at the Academy Museum of Motion Pictures, which is currently under construction.

In 2017 Mayor Eric Garcetti said the Academy Awards alone can generate more than $200 million in economic activity for L.A. County in a single year, including hotels, caterers, salons, florists and other businesses.

And an economic impact study commissioned in 2013 by the Academy of Motion Picture Arts and Sciences identified at least $67 million in “immediate, identifiable” benefits to the county from the Oscars. 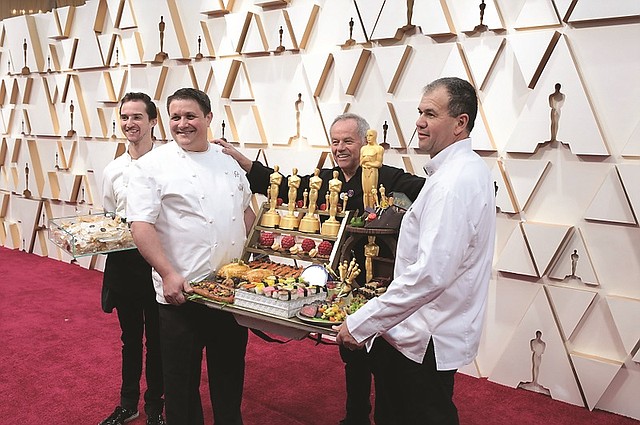 Going for the Gold: A Guide to This Year's Top Awards Shows 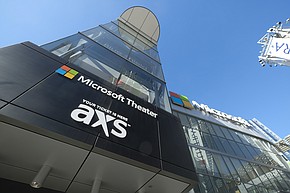 NOTABLE: The two-night Creative Arts Emmy Awards honoring artistic and technical achievement are traditionally held the weekend before the Emmys. This year’s Creative Arts Awards will be presented Sept. 12-13, and the Television Academy has announced it will “rethink” the shows as a series of virtual events. The three Governors Balls that traditionally take place after the primetime and creative arts ceremonies have been canceled. No details have been released about live attendance plans for the Sept. 20 ceremony. 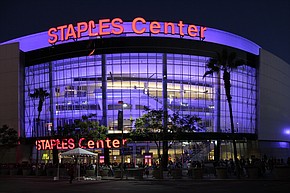 NOTABLE: Recording Academy interim President and Chief Executive Harvey Mason Jr. has said the organization is considering three audience scenarios — full, limited and none — but has no plans to budge on the venue or scheduled date. 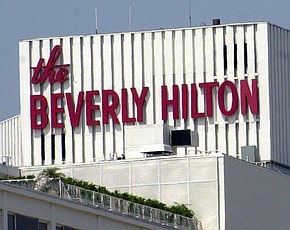 NOTABLE: The Globes’ new date of Feb. 28 was formerly occupied by the Academy Awards.

VENUE: A tent in a beach parking lot in Santa Monica

NOTABLE: The less formal, beach party-style Spirit Awards are famously presented the night before the Academy Awards every Oscar weekend. 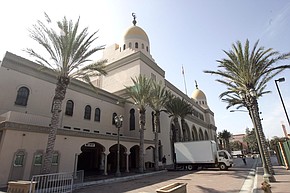 NOTABLE: The calendar leading up to the Academy Awards is filled with awards staged by various entertainment industry guilds and associations, including the Writers Guild, Producers Guild, Costume Designers Guild, Visual Effects Society and Animation Guild. Most have announced changes to submissions and nominations schedules but have not revealed rescheduled dates for their awards ceremonies. 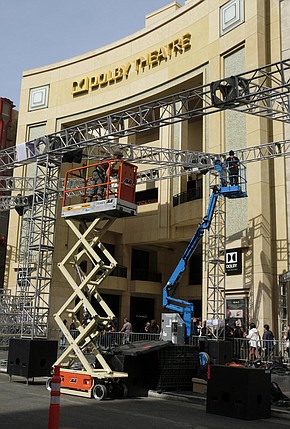 Workers set up for the Oscars outside the Dolby Theatre and Hollywood/Highland.

NOTABLE: The Oscars were postponed in 1930 due to the 50-year flood in Los Angeles, in 1968 due to the assassination of Martin Luther King Jr. and in 1981 following the attempted assassination of President Ronald Reagan. The untelevised 12th annual Governors Awards, usually held in Los Angeles during the second week of November to give Oscar hopefuls a chance to mingle, has been canceled this year.