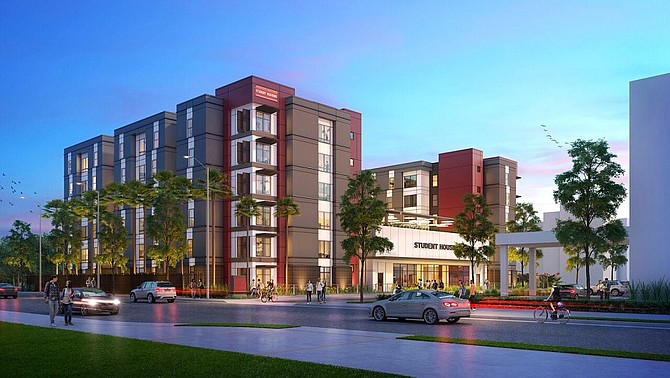 When the economy falters, one type of real estate usually avoids the fallout: student housing.

That’s because current students still want to live near campus. Others, who see an economic downturn as motivation to pursue additional education, also find themselves in the market for housing close to their universities.

“Historically, we have seen university enrollment increases when employment declines,” Teddy Leatherman, director of capital markets at Jones Lang LaSalle Inc. said in an email. “In fact, college enrollment has grown through every economic downturn dating back to 1929. Enrollment growth ultimately boosts the demand for student housing, typically making the sector a top performer in times of economic distress — a quality which has bolstered investor interest in recent months.”

“There is interest. There’s always interest,” said Kitty Wallace, an executive vice president at Colliers International Group Inc. “Especially when there is uncertainty in the market, there is more interest in student housing and affordable housing because the universities are growing.”

“Over the past three to four years, the universities are growing at a pretty healthy pace, and the housing isn’t growing at that same pace,” she added. “The supply-demand ratio looks favorable there.”

Lang called investor interest “more diversified than ever,” adding that NKF has roughly 40 deals currently listed and has put seven under contract in the last six weeks.

William Vonderfecht, a senior vice president and co-leader of CBRE Group Inc.’s national student housing team, said that despite many universities planning to hold classes online, investors will still be interested in the asset type.

And many schools will have a combination of online and in-person classes, he said, creating demand for student housing at top schools.

“What we’ve seen in the last 18 months has been even more of a shift to quality in student housing to Tier 1 or Tier 2 universities with larger enrollment numbers and lower acceptance rates,” he said.

Annual investment in student housing more than tripled nationwide to $11 billion between 2014 and 2018, according to a CBRE report. 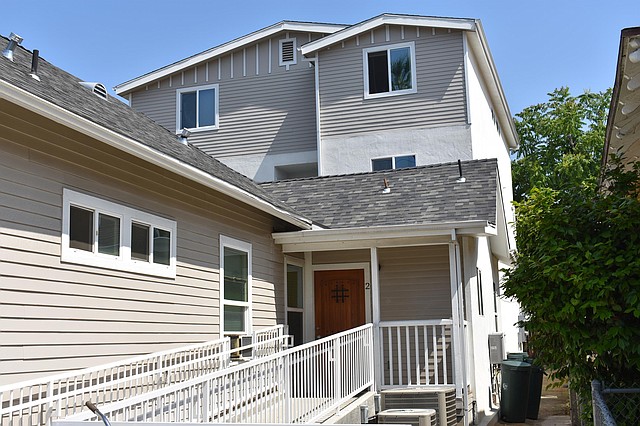 Ashland Pacific Management has a handful of student housing properties near the USC campus.

“Our thesis all along was smaller-unit properties sub-20 units were going to always be more desirable for groups of students who know each other and want a space where they can control the environment,” Davila said.

Mark Weinstein, MJW’s founder and president, said that will include student housing.

“We’re still very bullish on student housing. This is the whole reason why we do it. Student housing is recession resilient. When the economy is otherwise down, we expect more people to go to school and stay in school,” Weinstein said.

His properties have been doing well so far, collecting about 97% of rent every month.

“It was way better than we projected,” Weinstein said. “The biggest impact would be on the preleasing. Universities were not clear at the beginning that they are going to have at least some portion of the classes in person.”

Once schools started to announce their plans, renters came back.

“Even though we were behind initially on preleasing, it looks like we will get to similar numbers as last year,” Weinstein said.

As for new acquisitions, Weinstein said he is very interested in adding to his portfolio but has found it difficult to get necessary loans for new properties, even though it is becoming easier than it was a few months ago.

Weinstein is interested in making acquisitions around the country — for the right price. Because there is so much uncertainty right now, he wants a better deal.

Davila agreed. “The seller has to be willing to take a discount,” he said. “At the beginning of Covid, there wasn’t a lot of appetite for that.”

Weinstein added that he was “circling a few deals,” while Davila said he wished he “could buy more properties, but there is almost no activity right now.”

Davila added that he is hoping there will be more opportunities later in the year and in the meantime is working on features like keyless entry at the company’s existing properties.

For new properties, Weinstein said, developers “need to be careful not to over-improve the property because there is a sensitivity to rent,” making some value-add deals tricky.

Andre Soroudi, the company’s director of acquisitions, said the two projects, which were underway in Southern California pre-Covid, are “moving full steam ahead.”

Soroudi added that CGI would be interested in taking on new opportunities as well.

For students who do return to campus come fall, housing may look a little different. Gone are the days of stuffing as many students as possible into a dorm.

Instead, many will have rooms to themselves.

Ben Kasdan, a principal at KTGY Architecture & Planning, said the firm has done student housing projects all over the country as well as locally and has found the category to be resilient.

“The numbers seem to show that everything is weirdly normal. The lease-up rates for this fall are consistent with where they have been,” he said. “It’s been interesting. At first the initial expectation was that student housing was done for the foreseeable future, and that hasn’t been the case.”

Kasdan said many student housing options were already moving away from dorm-style bathrooms and several students in a room, something that the pandemic may accelerate.

“If you’re designing a building now that has sharing of any kind, it’s less desirable,” Kasdan added.

Owners of student housing off campus may benefit.

“A lot of schools are changing their dorm formats to meet guidelines, so there is only one person in a room. ... In those cases, there would be a lot of push to off-campus housing,” said John Loper, an associate professor of real estate at USC, adding that many students will want more space than they have had in the past.

He said some students will be willing to pay extra for more space.

“That’s going to displace a lot of students that would have otherwise stayed on campus and push them off campus,” Davila added.

He said that in USC’s case, that could be as many as 2,000 additional students looking for off-campus housing.

“It’s decreasing the availability of student housing on campus, so we think there might actually be some increased demand for off-campus housing.”

CBRE’s Vonderfecht said demand would likely be higher for off-campus housing as community bathrooms and kitchens go out of vogue. “We anticipate an increased demand in the short term as a result of this,” he said.

JLL’s Leatherman added that “top-end student-housing markets, such as L.A., tend to invite residences of higher density, allowing students to share bathrooms or even bedrooms. A short-term ‘de-densification’ of such properties will only strengthen an already robust demand pool.”

She added that some schools will partner with private off-campus owners as a result.

Wallace said top markets like Los Angeles would also be desirable because there are many people, beyond just students, looking to lease in the areas surrounding campuses.

Wallace added that some universities would likely not build new housing in the short term, which would make off-campus student housing even more desirable for investors.