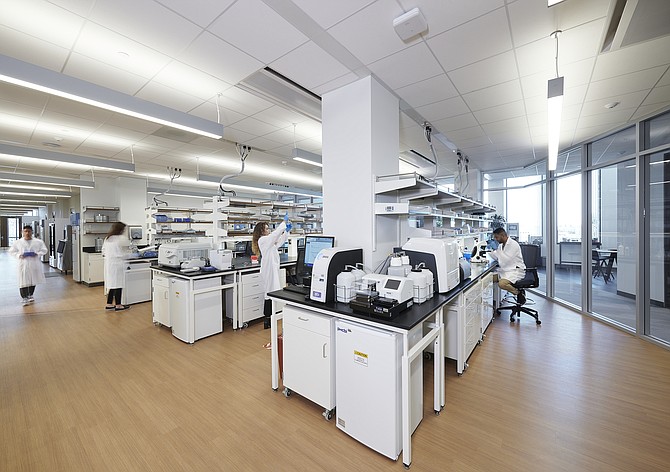 L.A.’s growth as a bioscience hub has led to new incubators, such as the BioLabs facility at the Lundquist Institute. Photo by MATTHEW ROHARIK

L.A.’s bioscience sector generated $44 billion in economic activity and nearly 196,000 jobs last year, increases of 4% and 2.5%, respectively, over 2018, according to an annual report released last month by an industry advocacy group.

Establishments include companies located in the county; individual facilities of companies that are either headquartered here or outside of the county; and nonprofit entities, such as incubators or university research facilities. 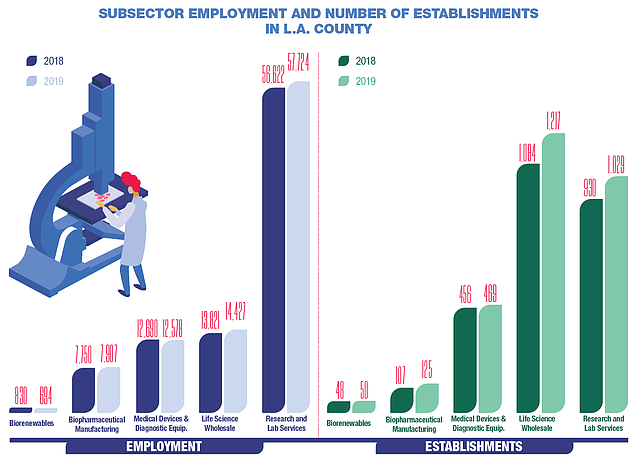 Helping to boost this economic activity was roughly $4.6 billion in funding from the National Institutes of Health, with about a quarter of that going to local universities.

That’s up 10% from $4.2 billion in 2018 and, according to the report, puts L.A. County on top in NIH funding dollars for all California counties, including long-established biotech clusters in the Bay Area and San Diego. 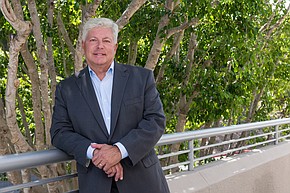 The wholesale/distribution subsector was the largest by number of establishments in 2019 with 1,217; among the companies with local facilities is Dublin, Ohio-based Cardinal Health Inc. and Valencia-based Shield HealthCare Inc. 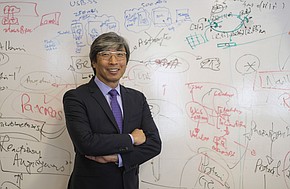 The research and lab services subsector last year had 57,724 employees, four times the number of any of the other subsectors that were broken out. Among the companies in this subsector: billionaire Patrick Soon-Shiong’s Culver City-based NantWorks network of bioscience companies and Beverly Hills-based Capricor Therapeutics Inc.

Panetta said the drop is mostly due to companies moving out of L.A. city limits to newer incubators and bioscience clusters nearby, such as Torrance, Santa Monica and Pasadena.

For example, the BioLabs Incubator at the Lundquist Institute in unincorporated L.A. County between Torrance and Carson opened last year and drew at least one company from UCLA: Athos Therapeutics Inc. 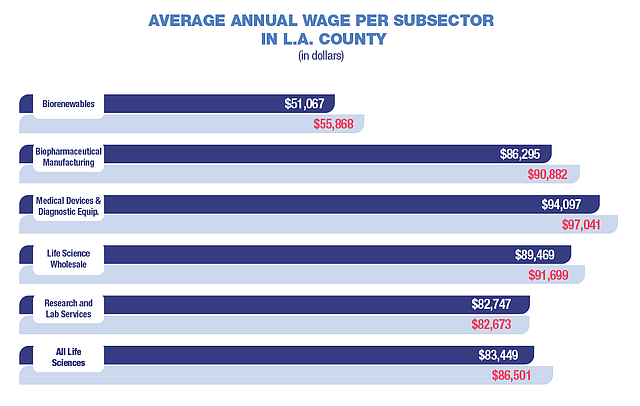 Looking to this year, Panetta said the bioscience industry in L.A. County is growing despite the economic downturn resulting from the Covid-19 pandemic.

“For this year, we’ve been fortunate that the biotech and biomed sectors have been considered essential, meaning people are allowed to continue to do work, especially in research and manufacturing,” he said. “What’s more, venture capital and other investors have told me it’s important for them to continue to invest in biotech research and lab services companies.” 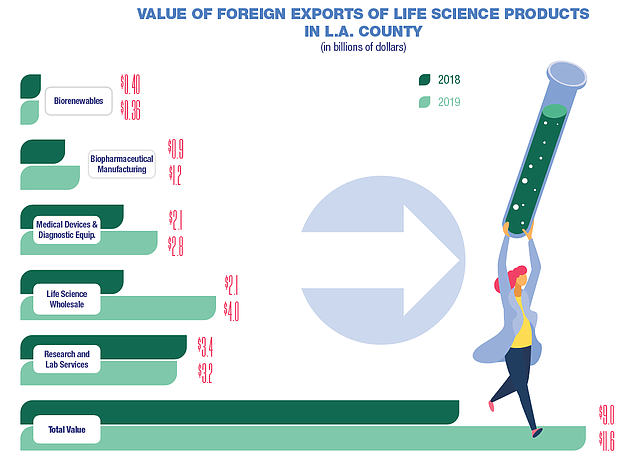