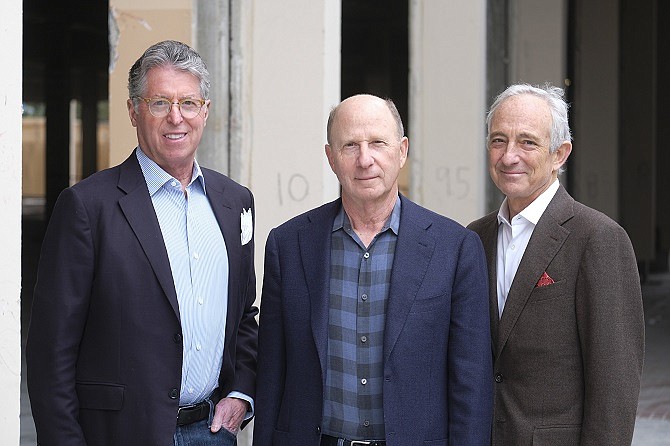 Before launching GPI Cos. in 2008, Cliff Goldstein and Drew Planting learned their trade from L.A. real estate icons such as Rob Maguire and Jerry Snyder.

Now, Goldstein and Planting are approaching legendary status in their own right.

The GPI founders — who started their business in the face of the Great Recession and used a buy-cheap-and-renovate strategy to build their empire — have helped reshape the Los Angeles landscape with a combination of redevelopment and ground-up projects.

And there’s more on the horizon for Brentwood-based GPI, most notably the $180 million redevelopment to convert the former Macy’s Inc. store at the Westside Pavilion into office space, and 6400 Sunset Blvd., a planned mixed-use building where Amoeba Music Inc.’s Hollywood store currently stands. 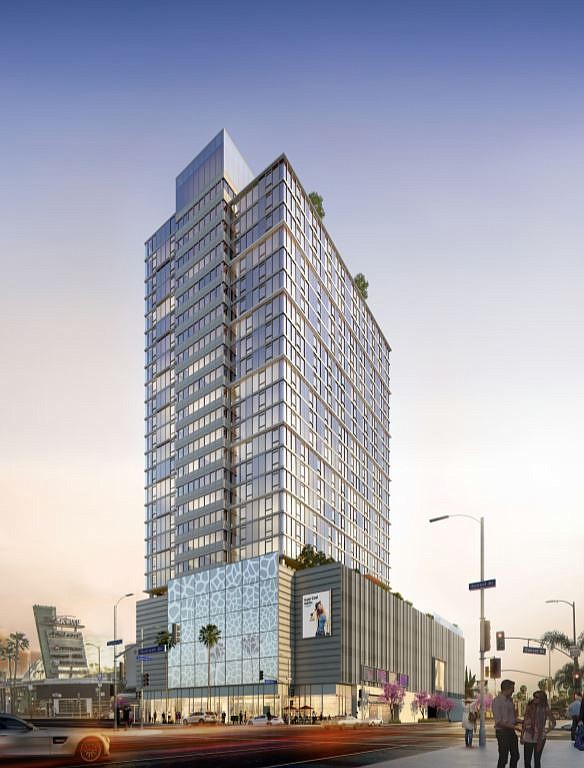 A rendering of the plan for 6400 Sunset Blvd.

GPI, which added Lee Wagman in 2012, has nine projects in the works — and that number may increase.

Some of that capital comes from a $300 million equity commitment last year from one of the nation’s largest pension systems. That same fund had previously contributed $200 million to GPI’s coffers.

The pension fund, they explained, wants long-term investments and will serve as a quiet partner. GPI declined to name the backer, but at the time of the August announcement, the company said it had more than $1 billion in assets under management.

Before starting GPI, Goldstein and Planting both worked for JH Snyder Co., where Planting created the company’s value-add platform.

When they were deciding to strike out on their own, Planting and Goldstein recognized the challenges posed by the recession. “We understood that there were problems, and we sold most of our properties and made the decision to emphasize more value-add properties,” Planting recalled.

The early days saw GPI purchase properties at the bottom of the market and spend money to renovate the sites. They’re still pursuing value-add opportunities today and are looking beyond leasing.

While the company will take on most asset types, it has a mantra: “No hotels, no golf courses,” Goldstein said.

“Optimization is something we have to have,” Planting said. “If all it is is leasing empty space, we’re probably not the right buyer.”

Goldstein said the company looks for “markets in ascendancy.” To that end, Planting added, GPI was an early believer in the Arts District, El Segundo and Hollywood.

Goldstein said the company would do some ground-up development, as well. But it has devoted more of its resources to value-add opportunities.

West End is one of the more unusual projects on GPI’s docket. The former Macy’s store will have 230,000 square feet of office space designed by architecture firm HLW. 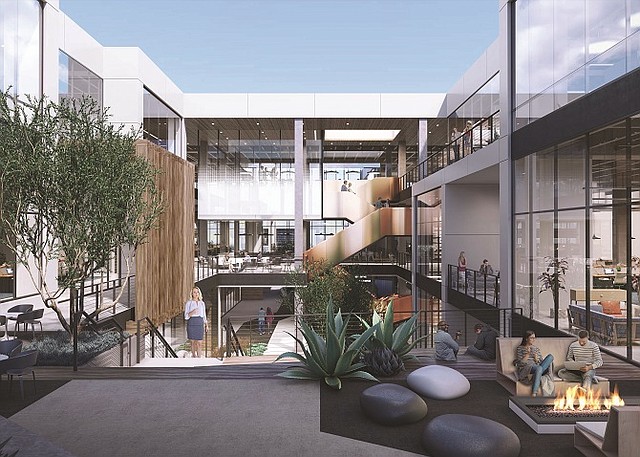 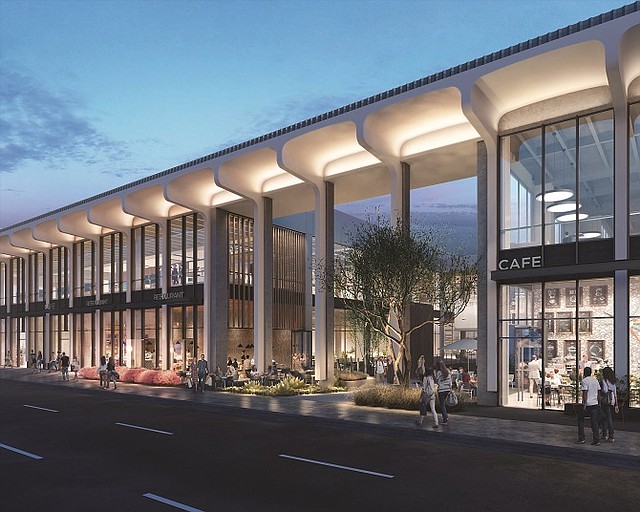 For West End, Goldstein said GPI is creating large floorplans and will consider leasing to one tenant — if it has good credit.

Retail-to-office conversions are taking place on a smaller scale, too. On Jan. 17, downtown-based CBRE Group Inc. said it had brokered the sale of a retail and flex-office building in Beverly Hills to a law firm for $11.1 million. The property, at 470 S. Beverly Drive, will be renovated into a law office.

“Because of the reduction of supply of attractive office space in highly coveted markets, landlords and tenants are becoming more creative,” CBRE’s Scott Steuber said.

On the Westside, the office vacancy rate during the fourth quarter was a mere 9%, down from 13.2% the previous year, according to data from JLL. Asking rent for class A office space was $5.51 a square foot, up 27 cents in a year.

Many office buildings, Steuber added, are finding it necessary to add amenities. Being in a former retail center where the amenities are already rich makes it “easy for the landlord to justify that investment.”

Steuber sees more retail-to-office conversions to come. “You’re at the edge of this starting to take off,” he said.

Other buildings that are primed for this kind of conversion, Steuber said, are a former Ross Stores Inc. location in West Los Angeles and the former Ikea building in Burbank.

Goldstein and Planting, both L.A. natives, have their eyes on the future.

“L.A. is resurgent,” Planting said. “Its stock as a city has gone up.”

Partly, he explained, because entertainment, streaming and tech companies are more established in L.A.

While GPI may sell some properties, Planting and Goldstein said they plan to own most sites for the long term.

They said they’re also careful about managing risks. “Our properties are not over-

leveraged,” Goldstein said. “We can withstand a recession or correction.”

In fact, GPI’s capitalization positions it to benefit from a potential recession by picking up properties at reduced prices when cash is king and holding as markets swing back up, Planting said.

CORRECTION: An earlier version of this story misstated when Lee Wagman joined GPI Cos. He joined the firm in 2012.