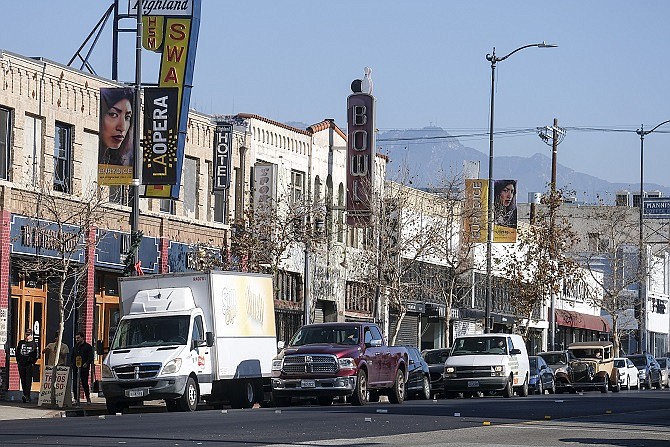 Retailers are starting to take notice of storefronts along Figueroa Street in Highland Park. Photo by Ringo Chiu.

History and hipsters have converged in family-friendly Highland Park.

The small, but rapidly evolving neighborhood, one of Los Angeles’ original suburbs, is now dotted with coffee houses and cute cafes.

The transformation of the roughly 4-square-mile area since the early 2000s has accelerated in the past few years, fueled by high residential demand for its relatively affordable single-family homes.

“You can still find a home for under $1 million, which in other parts of the city is really difficult,” said Nicole Mihalka of Jones Lang LaSalle Inc.

Highland Park, which is near downtown and bordered by communities including Pasadena and Eagle Rock, is home to pop’s girl of the moment, Billie Eilish. Other notable current or former residents include comedian Marc Maron, DJ Skrillex and Grammy-winning musician Beck.

The area has garnered attention from L.A. institutions such as the Bob Baker Marionette Theater, which recently relocated to Highland Park after 55 years in Westlake.

“We wanted a neighborhood that had vibrancy, that had walkability and would be kid-friendly,” said Molly Cox, the children’s theater company’s communications director.

The theater staged its Highland Park debut in November in a former vaudeville and silent music house at 4949 York Blvd., which most recently had been a Korean church. During the renovation, Bob Baker workers found one of the theater’s original movie screens and an emblem from the original theater on the floor, Cox said. “It’s been a revival of the original history of Highland Park.”

Many other historic buildings have been updated as well, and the area remains largely devoid of retail chain stores.

“It’s continued its renaissance,” said Avison Young Principal Andrew Berk, “and it’s certainly over the transitional neighborhood designation now. It’s more firmly rooted and has some maturity to it.”

Berk, who owns an apartment and retail building at 3402-3404 N. Figueroa St., recalled that when he bought the property 15 years ago people questioned his sanity.

The area was run down. The building’s tenants were a used clothing store, a machine shop and a beauty salon. Today, the clothing store has given way to Antigua Coffee House, and the machine shop to Monsivais & Co., a purveyor of handcrafted cloth caps in styles from the 1910s through the 1930s. The beauty salon has endured.

Other shops that have opened in recent years include Kindness & Mischief Coffee, Civil Coffee, Go Get Em Tiger, Kumquat Coffee Co., and bakeries like Mr. Holmes Bakehouse and Donut Friend.

“The amount of restaurants that are there and wine bars that are opening up is kind of shocking,” said Judah Dorn of CBRE Group Inc. But he questions how sustainable such changes will be. Retailers like Highland Park for now because rental rates are lower than in other parts of the county. 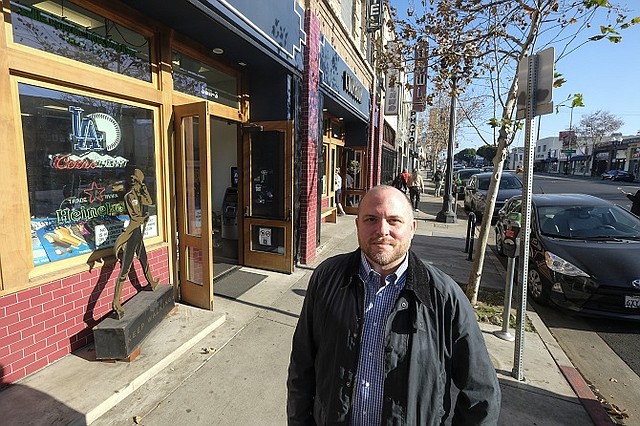 “There’s still deals to be found,” Dorn said. “There are still weird, quirky, niche aspects, and there are still tenants there because it is less expensive than West Hollywood. I’m seeing the same thing happen there that happened in Echo Park a few years ago.

He said Highland Park’s transition into a hip destination for residents and retailers has happened faster than it did in Echo Park. “Highland Park is on speed dial, comparatively.”

Rents began increasing three years ago, he noted, raising the question as to how long mom-and-pop stores will be able to survive in the neighborhood.

Another big question for the area is the future of the former Fallas store at 5461 N. Figueroa St. 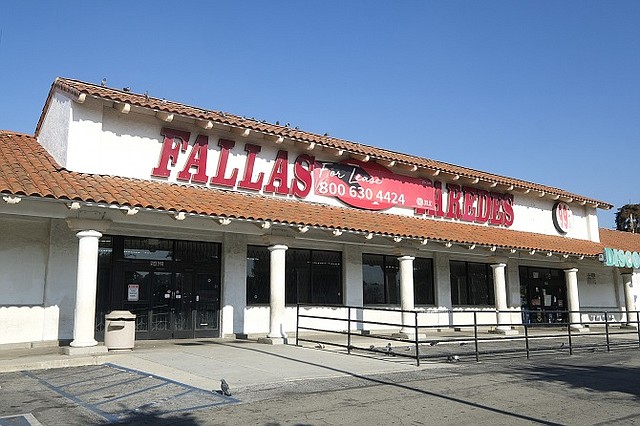 Brokers speculate that a Trader Joe's or Whole Foods could take over the former Fallas storefront.

Its parent company, Gardena-based National Stores Inc., also the owner of Anna’s Linens, filed for bankruptcy in 2018, shuttering some of its stores, including its Highland Park outlet. Local observers say it’s unclear what will take over the site. But people involved in marketing the property said it would be a single storefront, not broken down into multiple stores or restaurants.

Brokers speculated it could attract a grocery store. “It’s kind of crazy that there’s not a grocer like Trader Joe’s or Whole Foods,” Dorn said. “Any of those tenants would be fine. Because it’s this weird emerging market, and it’s not like most other places in the world. National chains get uncomfortable at least at first (about entering new markets).”

Office space has also been evolving. No new Class A office buildings have been built in the area in decades. “It doesn’t seem to have the bones or the lot sizes to accommodate it,” said Berk, but the existing supply is being repurposed, he said.

For instance, when real estate brokerage Pacific Union International — now Compass — expanded on the Eastside, it opened up its 20th Southern California location at 5715 N. Figueroa St. in 2018, housed in the Frank’s Highland Park Camera building. Built in 1928, the property was renovated into a creative space.

Other businesses with office space in Highland Park include Pogany Architecture, First Bank of Highland Park and Lightcraft Technology. And a growing number of media, tech and content-creation tenants are moving in, due to the area’s proximity to places like Hollywood and Burbank, Berk said.

Some local observers say they foresee continued evolution for Highland Park, with updating of more old spaces drawing the interest of Westside brands. “You’re going to see the next generation of retail,” said Mihalka.

Influx from eastern L.A. may grow, as well, with the Gold Line light rail having eased travel to and from areas like downtown and Pasadena.

Another big question in the next few years, notes Berk, is whether the city and state will allow increased density allotments in Highland Park. One impediment to growth is the Highland Park-Garvanza Historic Preservation Overlay Zone, which may make changes in about 4,000 structures more difficult.