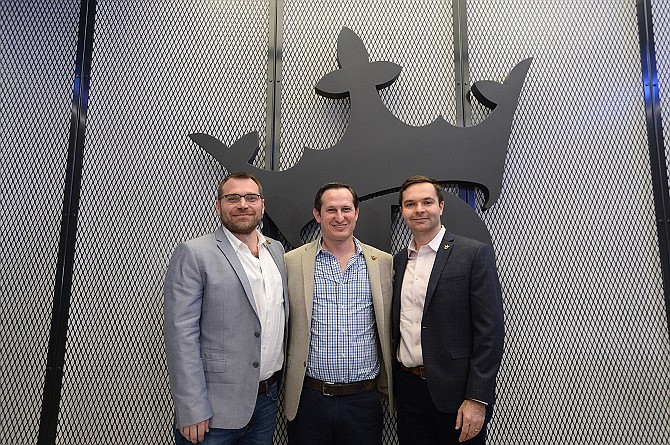 The Form S-4 filing with the SEC has kicked off a lengthy regulatory approval process that the company expects to conclude sometime in the first half of this year.

Once the SEC process is completed, Diamond Eagle stockholders must approve the transaction before final closing procedures.

The three companies announced their intention to merge in late December. The combination will create what they call the only U.S.-based vertically integrated sports betting and online gaming company.

The companies estimate that the new business will have an equity market capitalization of roughly $3.3 billion with more than $500 million in unrestricted cash on its balance sheet.

The deal comes more than two years after an aborted merger between DraftKings and rival sports betting company FanDuel Inc. The Federal Trade Commission killed the move in 2017, citing concerns that the combined company would have a dominant market share.

Boston-based DraftKings is one of the nation’s few legal fantasy sports betting platforms. The new field has been slow to emerge following a 2018 Supreme Court ruling that struck down a 1992 federal ban on commercial sports betting.

SBTech, which largely focuses on back-end gambling technology, will be folded under DraftKing’s branding following the business combination. Diamond Eagle will change its name to DraftKings and remain Nasdaq-listed under a new ticker symbol.

purpose acquisition company, or SPAC — is essentially a shell corporation used to raise investment through a public offering.

“In a sense, we helped pioneer this three-way merger approach,” said Sloan, a serial entrepreneur and former Metro-Goldwyn-Mayer Inc. chief executive. He also raised funds to purchase and combine two companies while simultaneously taking them public with his previous investment vehicle, Platinum Eagle.

According to Sloan, the SPAC model is uniquely suited to this approach.

“If you want to take a merged company public, you need to show some track record,” he said. “You can’t do a regular IPO and a merger at the same time.”

The SPAC model allows a currently private company, such as DraftKings, to fund a strategic merger through a public raise.

Diamond Eagle raised more than $400 million for its May initial public offering after an initial target of $350 million. It is the second-largest raise for a Sloan and Sagansky SPAC.

Sloan said the prospect of untapped opportunities in the nascent U.S. sports betting market drew him to DraftKings.

“There is going to be a massive market for sports betting, and this is the only way for investors to get a pure-play stock,” he said.

The Diamond Eagle founding investor added that the improved technological capabilities through the SBTech acquisition was “icing on the cake.”