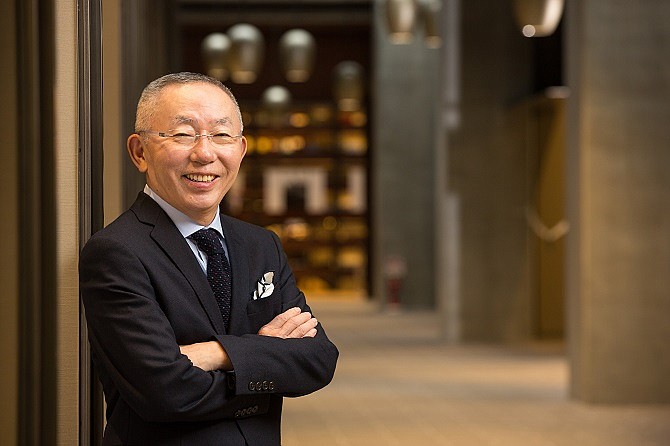 Yanai is the founder of Uniqlo and chief executive of Japan-based Fast Retailing Co., which has more than 2,000 stores worldwide and owns the U.S. clothing brand Theory.

UCLA will use the funds to endow the Tadashi Yanai Initiative for Globalizing Japanese Humanities, which was founded in 2014 with a $2.5 million donation from Yanai.

The initiative is a collaboration between UCLA and Tokyo-based Waseda University that supports academic and cultural programming and enables student and faculty exchanges between the universities.

The gift is the largest from an individual donor in the history of the UCLA's College of Humanities division. It will fund and establish an endowed chair in Japanese literature and will fund conferences, public lectures, faculty research, cultural performances and community outreach. It will also support graduate and postdoctoral fellowships and undergraduate awards.

“Mr. Yanai’s extraordinary gifts are a testament to UCLA’s longstanding commitment to educate global citizens who can thrive in careers — and cultures — anywhere in the world,” UCLA Chancellor Gene Block said in the announcement. “The Tadashi Yanai Initiative for Globalizing Japanese Humanities will have a profound and lasting impact on this campus.”

The gift was facilitated through a designated donations program run by the Japan Foundation, which is dedicated to promoting cultural and intellectual exchange with Japan.

Over the past three decades, the foundation has helped advance and fund numerous cultural programs at UCLA.

The Yanai Initiative is housed in the UCLA College Department of Asian Languages and Cultures and is directed by Japanese literature professor Michael Emmerich.