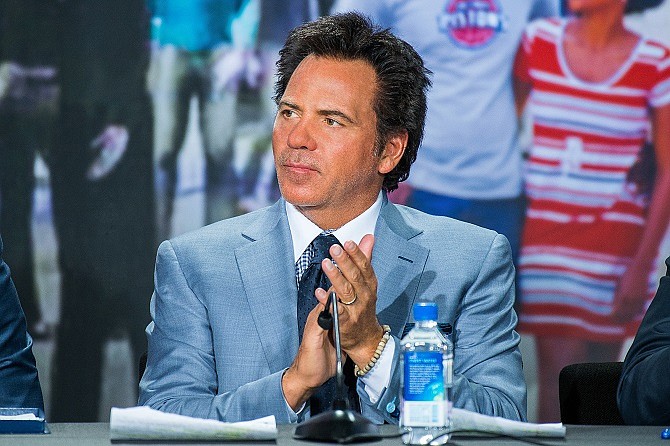 The Platinum Equity Capital Partners V fund was oversubscribed, according to the company, surpassing its $8 billion target and hitting the $10 billion hard cap.

“We have great momentum with a well-oiled investment machine … fueled by the capital resources to pursue complex transactions anywhere in the world,” Tom Gores, Platinum Equity founder and chief executive, said in a statement.

Upwards of 250 investors from 30 countries participated in the raise, according to the company.

“The investor base is diverse but has certain common threads,” Mark Barnhill, the Platinum Equity partner who led the raise, said in a statement.

Barnhill added that the fund placed “an emphasis on finding managers with deep operational capabilities, differentiated strategies and a demonstrated track record across multiple economic cycles.”

The fund marks the firm’s fourth multibillion-dollar raise. After closing its first fund at $700 million in 2004, Platinum Equity went on to raise a $2.75 billion fund in 2007 and a $3.75 billion fund five years later. Its last vehicle broke into megafund territory — commonly defined as topping $5 billion in committed capital — with a $6.5 billion raise in 2016.

In addition to its flagship vehicles, the firm also manages a $1.5 billion small-cap fund focused on lower middle-market investments.

The Platinum Equity vehicle is the second L.A. megafund to close in as many months.

In December, Sawtelle-headquartered Leonard Green & Partners closed two funds totaling $12 billion and $2.75 billion, respectively. Both of those funds were also oversubscribed, according to people familiar with the deals.

Despite the mammoth proportions of the L.A. funds, they don’t come close to the largest numbers raised by industry titans.

Blackstone Group Inc. has raised two funds topping $20 billion to date. The firm’s chief executive, Stephen Schwarzman, said in his recent memoir that the latter of these had reached a record-breaking $26 billion. Apollo Global Management holds the record for the largest confirmed raise at $24.6 billion.

These huge funds can help institutional investors avoid running afoul of rules that often limit the percentage of a single vehicle that they can buy.