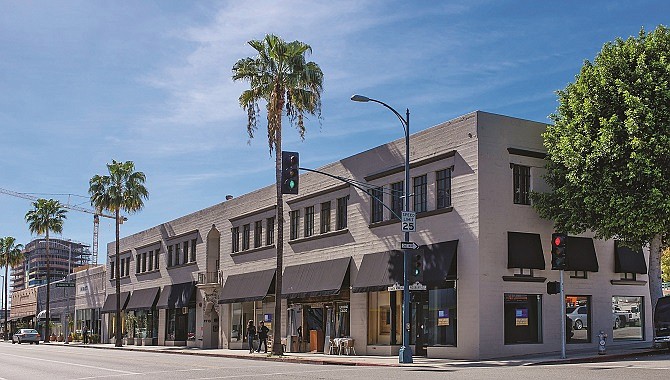 Optimus Properties is betting bigger on Beverly Hills’ famed Golden Triangle with the purchase of another building.

The 18,000-square-foot property was built in the 1920s and designed by architect William Asa Hudson, best known for the Beverly Hills Hotel bungalows.

Ground-level retail tenants include a cigar club and salon, while the second-floor space is home to several offices.

Optimus said it will renovate the building. “We see a lot of potential for growth under Optimus’ management approach,” K. Joseph Shabani, a principal at Optimus, said in a statement.

The building was 44% leased at the time of the sale, according to CoStar Group Inc.

Financing for the acquisition was provided by First Republic Bank.

The Golden Triangle, which is known for high-end retail, including the stores of Rodeo Drive, is bordered by Santa Monica Boulevard, Wilshire Boulevard and Canon Drive.

While some shopping areas around the country have suffered with the shift to ecommerce, high-end locales like Rodeo Drive have continued to perform well by attracting tourists as well as locals, experts say.