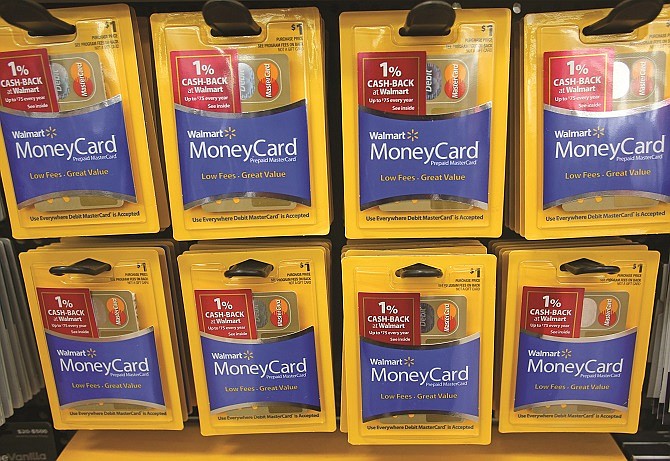 Green Dot’s core client base — its prepaid debit cards such as the Walmart MoneyCard — has been eroded by neobanks and digital payment services. Photo by Ringo Chiu.

The company’s quarterly revenues of $238 million fell short of estimates but were slightly improved versus the same quarter in 2018.

Green Dot’s share price saw a slight boost on the earnings beat, which did little to offset the stock’s general downward trend.

The company’s share price has fallen nearly 48% over the last year as declining profits, rising competition and an unexpected management shakeup eroded investor confidence in the financial technology pioneer.

In a statement at the time, Streit attributed the move to the company’s 20-year anniversary, which he had set as a benchmark with his family for retirement.

The abrupt nature of the retirement announcement — less than two weeks before the change was to take effect — took many analysts by surprise.

Green Dot has faced stiff competition in recent years from a host of upstart neobanks such as San Francisco-based Chime Financial Inc. and Marina del Rey-based Aspiration Partners Inc., as well as digital payment services like Venmo and Cash App.

Despite their reputation for targeting digitally savvy millennials, many of these companies have attracted significant numbers of unbanked and underbanked customers. This result has eaten into Green Dot’s core client base for its flagship prepaid debit cards.

In response to increased competition, Green Dot has ramped up marketing efforts, further eroding profits. The company launched new products such as its Unlimited Cash Back Account, which combines the features of a high-yield savings account and a cash-back debit card. It also increased the emphasis on its platform-as-a-service business.