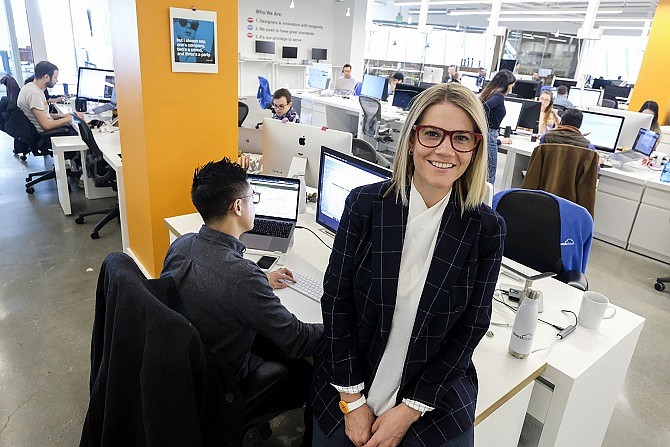 Many millennials are simultaneously bored and intimidated by finance.

InvestCloud Inc. co-founder Yaela Shamberg is working to change that by building financial software that younger consumers actually want to use.

Increasingly, millennials and members of Gen Z expect interaction with financial services companies to be convenient, seamless and, in some respects, entertaining.

“Being able to create intuitive and sticky digital platforms requires an understanding of people,” Shamberg said. “I don’t think we’ve seen a lot of that in the financial arena.”

Shamberg’s West Hollywood-based company, which she founded with five other veterans of the finance and tech industries, sells data storage services, portfolio and performance management software, and customer-facing apps and platforms to financial institutions. 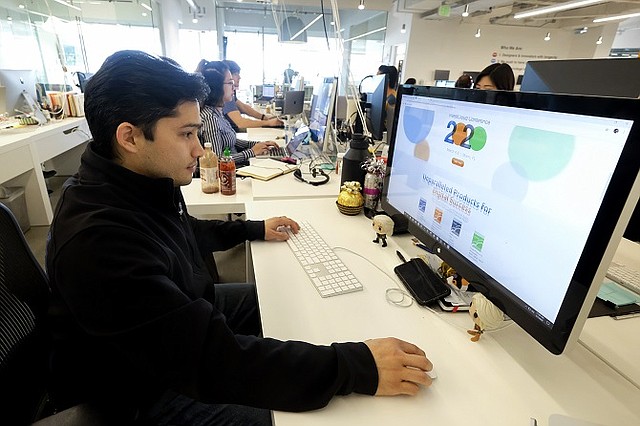 A central goal of these products is to help companies connect with a new generation of clients.

“The demographics of who has money now and what they want to do with it are different,” Shamberg said. “What these people want from a financial partner is not the same as their parents.”

InvestCloud was founded in part to capitalize on these changing demographics and demands for better digital experiences.

“We wanted to be design-centric,” Shamberg said, adding that using behavioral science to help traditional institutions keep up with shifting client expectations was a centerpiece of InvestCloud’s business.

Shamberg described one InvestCloud app — a self-directed investment tool for a retail bank she’s not permitted to name — as a product that incorporates several core elements of gamified and human-centric design.

First, the app has a focus on community building and social engagement.

“We understood that people in the market were community-oriented,” Shamberg said. “We knew that they wanted to play this ‘game’ with their peers and their friends.”

So InvestCloud built features into the app that allowed people to form communities and share information with a circle of close contacts. Users could send their stock picks and returns to the group, soliciting feedback and showing off their investing prowess. They could also compare their performance against anonymized data from the broader market.

The application included a financial education element, in which users earned points and “leveled up” for viewing articles, watching videos on financial health and hitting savings milestones.

Content was interspersed with quizzes to test users’ knowledge on the subjects they studied. Recommendations, from investment suggestions to educational videos, were informed by a mandatory questionnaire filled out by the consumer before starting to use the app.

Despite the growing proliferation of gamified financial platforms, some remain skeptical about their impact on consumers.

“Is it engaging and cool, definitely yes,” said Yaron Levi, a USC professor of finance who studies behavioral economics. “Does it improve their overall financial welfare? I have serious doubts.”

Levi said he worried that already overconfident amateur investors could be further emboldened by streamlined trading platforms. That could be compounded when these traders were given an audience for their investments, he explained.

“There are few things finance academia agree on, but one of them is that average consumers should not be spending their time gambling in the stock market,” Levi said. “These people should really give their finances to a professional investor or even to a robo-adviser who can do it automatically.”

Shamberg said there are guardrails built into the InvestCloud platform to help mitigate the effects Levi described.

All users must be qualified by the app’s bank before they begin trading. According to Shamberg, people with lower risk tolerances, less experience or more limited capital are encouraged to choose more conservative investments, such as index funds. Many categories, such as penny stocks, are unavailable to unqualified users.

Shamberg also countered that many of the alternative ways people handle their discretionary income are more harmful to their financial health.

“Leaving their money in a cash account and not spending it is far worse than encouraging them to put it in an investment account,” she said.

The InvestCloud co-founder added that disposable income is also frequently spent on things such as “aspirational purchases,” which do worse than nothing for financial readiness.

“What’s most important about behavioral science,” she said, “is understanding what drives people’s decisions and pushing them to make the best decisions for themselves.”

The power of gamification to shape behavior is rooted in brain chemistry and the ancient drive to play.

“The mechanics of gamification can seem deceptively simple, but there is actually a lot of deep psychological basis,” said Sandra McCoy, a professor of epidemiology and biostatistics at UC Berkeley. 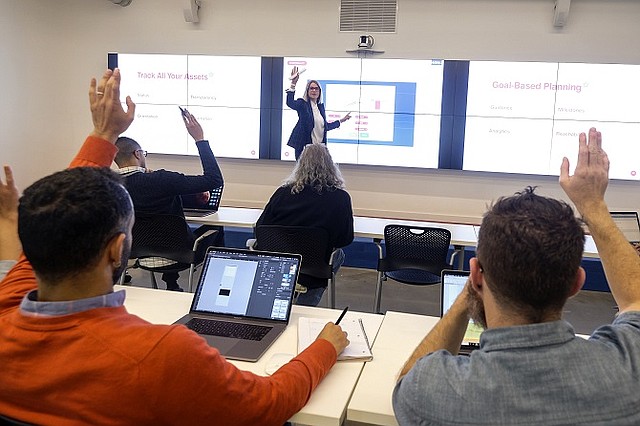 McCoy studies gamification and its ability to influence people’s behavior. She said that much of the practice’s power stems from an ability to trigger the release of dopamine in the brain, which encourages people to repeat their behavior.

“It’s also doing this in the context of fun,” she added, “which is different from how we often try to get people to do things.”

McCoy said status badges, leaderboards and points — such as those in the InvestCloud investment app — are some of the most commonly used core elements of gamification.

Each, according to the professor, hit basic human desires to progress over time, raise our status and compare ourselves to our peers.

The meteoric rise of financial technology, or fintech, startups over the last decade has been driven in part by their ability to tap into these factors better than traditional businesses.

While many storied institutions were slow to adopt new technologies, these newer companies carved out a market by providing financial services in packages that are comparable to social media apps.

“All the innovation, gamification and putting the consumer in the center is something that started with young Silicon Valley-type companies,” said USC’s Levi.

“The big players stayed on the sidelines for a long time,” he added.

According to Levi, large institutions with committed customer bases at first had few incentives to rework fundamental aspects of their businesses such as how and where people managed their money. People needed to bank, regardless of how engaging the services were.

That changed with the rise of the fintech startups and potential alternatives to traditional financial services companies. Major institutions began thinking seriously about how to make their services attractive to the generations raised on social media.

And when they realized that they couldn’t do it all themselves, they came to companies like InvestCloud.

“It’s not really an option anymore,” Shamberg said. “If you don’t have these (well-built digital platforms), people start to doubt your longevity.”