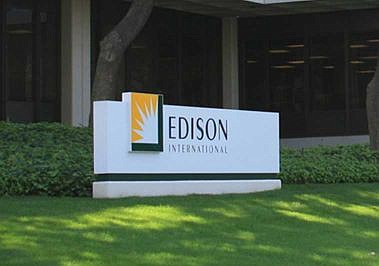 Three of the contracts are for energy storage in lithium-ion batteries at utility-scale projects in the California and Nevada deserts. The fourth is a contract for energy from storage facilities owned by Edison customers.

The contracts come seven months after Southern California Edison, a subsidiary of Rosemead-based Edison International, signed another set of contracts for 770 megawatts of energy storage procurement.

Together the deals bring the total amount of power secured through battery storage by SCE to 2,050 megawatts.

Energy storage has become a crucial component of the state’s power grid as California transitions to renewable power, especially from intermittent sources such as wind and solar.

When the sun is not shining and there’s little or no wind, drawing on stored power can fill the gap. This need was demonstrated by the evening power shortages during this summer’s heat waves that prompted rolling blackouts.

“Bringing more utility-scale battery storage resources online will improve the reliability of the grid and further the integration of renewable generation resources, like wind and solar, into the grid,” William Walsh, SCE vice president of energy procurement and management said in the announcement.

“As California transitions to 100% clean renewable energy to reduce the greenhouse gas emissions that are driving climate change, battery storage will play a key role in harnessing the value of these cost-effective, carbon-free resources in a reliable manner,” he added.

The three utility-scale storage contracts totaling 585 megawatts are for battery-stored power at:All three projects are expected to come online in late 2022 or 2023.

The fourth contract is with San Francisco-based Sunrun Inc. and calls for the company to supply 5 megawatts of power from batteries on the premises of solar energy customers within Southern California Edison’s service territory.

All the contracts need approval from the California Public Utilities Commission, which is expected early next year.