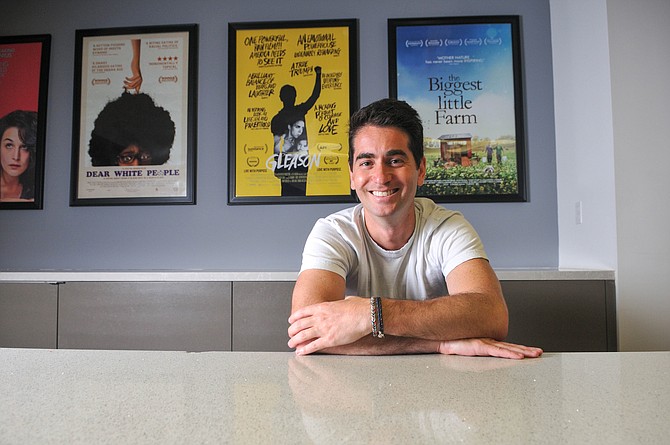 California’s film tax credit program has made headlines in recent weeks for drawing several high-profile productions to shoot in the state, including the Netflix Inc. movie “Gray Man” starring Chris Evans and Ryan Gosling, which will receive an estimated $20 million in tax credits. Such programs have been a core feature of entertainment finance for decades, helping shape where movies, from the largest blockbusters to the smallest independent films, are shot.

Lending against those tax credits has also emerged as a niche industry in recent years, acting as a key source of capital for smaller productions looking to bridge the gap with their existing funds.

While some industry insiders say these corners of the finance ecosystem will thrive in the post-Covid world, others predict the film tax credit space may be in for rough times ahead. 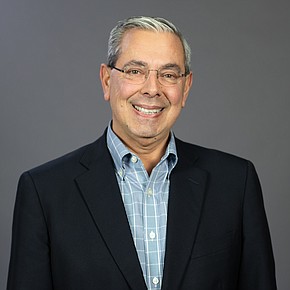 “When production restarts some people say it’s going to be a tsunami,” said John Hadity, executive vice president of financial solutions at Entertainment Partners, an entertainment finance and services firm. “We’re getting people calling and saying, ‘If I got a loan from you what would that look like?’ … I’m feeling cautiously optimistic.”

The Covid-19 pandemic has shut down most new film work across the United States. While some productions have continued, Hadity said those are not enough to move the needle in his industry — especially for an established firm like Entertainment Partners, also known as EP.

“About 70% of these tax credits are the labor component,” Hadity said. “There was a point when EP said, ‘We’re managing the labor, we’re managing tax credit administration work, let’s manage this process and lend against (the tax credits) because we have the complete picture.’”

Despite its established position in the space, EP is not immune to the industry upheaval brought by Covid-19. The production freeze has slowed new business for the company’s tax credit administration and lending services.

Even if the “tsunami” of new productions materializes once Covid is brought under control, these services face new threats in the post-pandemic world.

State coffers have been drained after months of lockdowns, starved of key tax revenues and exhausted by the costs of fighting the virus. With states facing such bleak financial outlooks, some wonder whether governments will continue to fund film tax credit programs.

Hadity said he is hopeful they will, arguing that such programs could play an important role in supporting the post-Covid recovery.

“They have to find a way to incentivize this business that doubles or triples each dollar spent on the production in inward investment,” he said. “If you sit and talk to a chamber of commerce before and after an incentive, you can feel the difference. Local businesses are there talking about how business has picked up again.”

Proponents of film tax credit programs contend that the incentives lead to spending in local economies by production teams. Critics say the benefits are overstated, although that argument has not been enough to dissuade states such as California from continuing to offer hundreds of millions of dollars in film tax credits each year.

“I do think legislators will find ways to continue to fund these incentives,” Hadity added. “This is a big business.”

Another local firm is also optimistic about the space. Forest Road Co. is a 3-year-old business headquartered in Hollywood that services brokers and lends against film tax credits. Its founder and chief executive, Zachary Tarica, said he views film tax credits as bipartisan fuel for America’s economic rebound.

“These tax credits create jobs, period,” Tarica said. “One of the most important things on the minds of elected officials is, ‘How do I get people back to work safely today.’”

Tarica said that even during the pandemic, several of his firm’s clients have been able to continue production work. “We have a bunch of films right now in principle photography,” he said. “We have films going on in Georgia, New York, New Jersey and Puerto Rico.”

Forest Road’s small size has worked to its advantage, according to Tarica. Because many clients are smaller filmmakers, a significant portion were able to adapt their processes to pandemic-safe approaches. “Even in the Covid market, we’ve had great success,” he said.

Yet not all are as confident in the post-Covid future for the film tax credit industry. Jeanette Volturno is a former head of production at Blumhouse Productions, where she led production for the “Paranormal Activity,” “The Purge,” “Insidious” and “Sinister” franchises. She is currently a partner and co-founder of Catchlight Studios, an El Segundo-based independent production company.

Volturno said she doesn’t find it likely that state legislators will choose to preserve film tax credits in the midst of severe budget shortfalls.

“There are groups of people in various states that feel that (film) tax incentives are putting money into studio bottom lines, or A-list actors’ pockets,” Volturno said. “There is a much bigger ripple effect than that.”

Detractors may shift the landscape enough to drive some production out of the U.S., according to Volturno. “We have heard rumblings of places that are looking at shrinking their (tax credit) reserves,” she said. “It’s a cyclical thing. They come around; they’re the hot commodity. Then it’s replaced by somewhere with a soft dollar or low labor regulations.”

Volturno is less concerned for Catchlight, which has continued to work locally throughout the pandemic. “We were the first company to shoot a film completely on location in L.A. under the lockdowns,” she said. “It’s been gangbusters for us.” 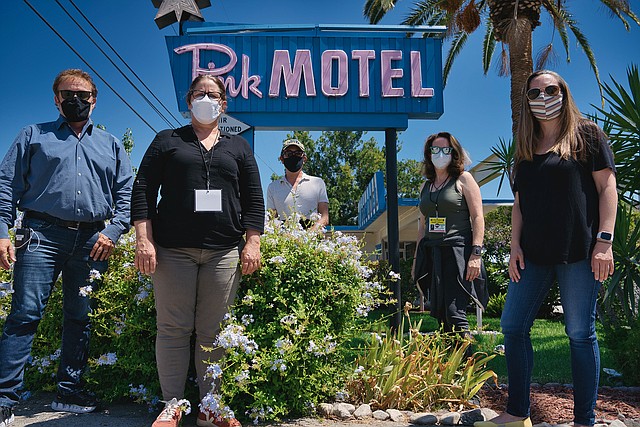 The Catchlight Studios team on the set of "Songbird."

For productions less fortunate than hers, Volturno suspects they may have to wait until the economy is on a clear post-pandemic upswing for a new wave of tax credit assistance. “These things tend to come back again after (a downturn) because states want to revitalize the economy,” she said. Catchlight’s latest film is an upcoming Netflix thriller called “Songbird.”

Even if the tax credits dry up, Volturno said, she expects production for some types of films will remain local by necessity. “I’ve scouted all over the world, and there is no place that looks like North America for housing,” she said. “If you are trying to create a film that has some sort of Americana, it’s got to be here.”