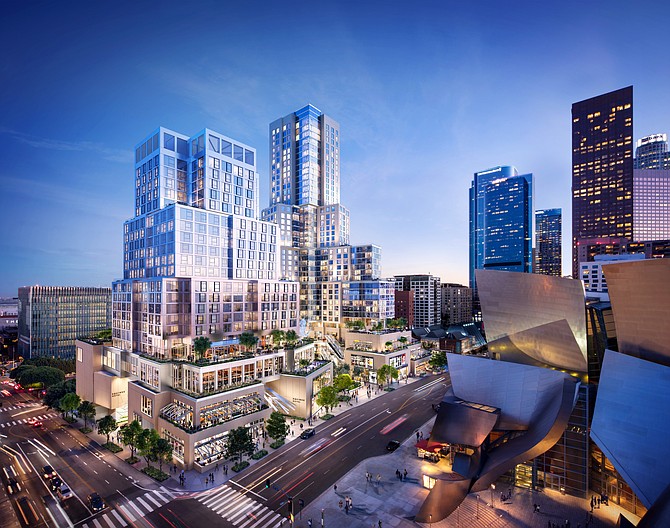 Related Co.’s downtown mixed-use project The Grand, which is currently under construction, features a hotel.