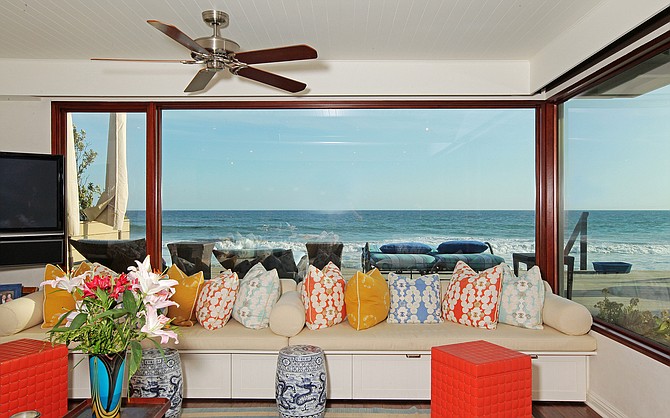 Ani Dermenjian, executive managing director of Douglas Elliman’s architectural division and president of the Malibu Association of Realtors, has had some different clients this summer.

Like the person celebrating a 50th birthday who rented a beach house in Malibu at a cost of $130,000 a month. And the Florida family that opted for Malibu over Europe this year, spending $150,000 a month to lease a swanky pad.

The pandemic and its restrictions on travel, particularly overseas, as well as many people’s ability to work remotely while seeking a change in scenery, have led to increased demand for high-end home rentals in Los Angeles, especially in areas like Malibu.

“We’ve never had this amount of luxury leasing and demand. It’s changed the entire landscape,” said Compass’ Sally Forster Jones. Jones was No. 5, by sales volume, on the Business Journal’s list of top residential agents in L.A., with $502 million in sales in 2019.

The Agency Founder and Chief Executive Mauricio Umansky, No. 3 on the list with $554 million in sales, agreed.

“The demand is off the charts,” Umansky said. “Everybody wants a high-end lease. Nobody is going to Europe or anywhere else. All the vacations are happening in the U.S., and we cannot keep any luxury lease on the market anymore.”

He added that it wasn’t just Malibu but also areas like the Hamptons and Aspen experiencing the same phenomenon.

In 2019, Dermenjian arranged 24 leases in Malibu in June and July. This year the number reached 53.

Chad Rogers, with Hilton & Hyland, said he usually does three or four leases in The Colony in Malibu. This year that number increased to 15.

“Everything is leased. Everything,” he said. “The who’s who of the world were calling me. Malibu is a destination. There were homes available at a time when people are scared of staying at hotels. You are safer at a home where you are going to be able to control who enters your front door.”

Chris Cortazzo, a Malibu specialist at Compass who had $319 million in L.A. sales in 2019, has also seen an uptick in leases.

He has four assistants that work directly on leases and says the number of leases “has doubled, and people are extending. We’re probably 70% busier this year than we were last year.” 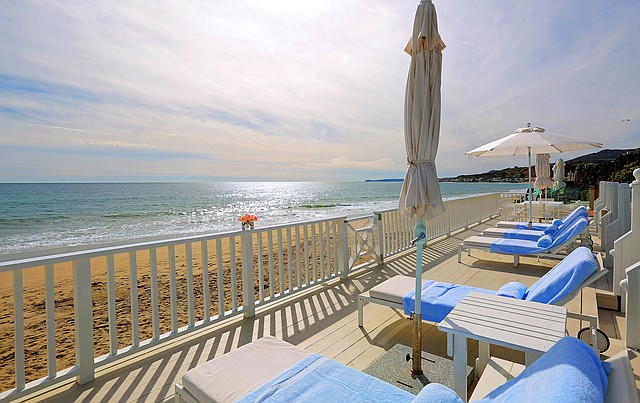 And all that demand has increased prices.

“This year has been a complete game changer, due to Covid. Because people aren’t traveling like they usually do in the summer. A lot of people will go to Europe, and they’ll go wherever. This summer, because they don’t want to do it or couldn’t do it, people stayed in L.A. and went to the beach communities. They started calling every agent in Malibu. I was getting 10 to 15 calls a day,” he added.

He had people calling who were willing to spend $350,000 a month for a rental.

Dermenjian said listings were getting multiple offers. She had one property listed at $100,000 a month that leased for $150,000. In other instances, she had renters paying $30,000 above listing price.

“Lease prices have definitely gone up because we just don’t have inventory,” Cortazzo said.

Some homeowners, despite in some instances being offered large sums of money, did not rent because they had nowhere else to go.

In one instance, Rogers said, an owner was offered $250,000 a month for a place that usually leases for $200,000 but declined in favor of staying at the property.

“The demand is up. The prices are up. And the inventory is down. Properties that are currently for sale, and not for lease, are receiving outreach as well as to whether the owners would lease them because there is so much demand for leases right now,” Jones said.

Coldwell Banker Residential Brokerage’s Jade Mills, No. 8 on the Business Journal’s list, with $362 million in sales in L.A. in 2019, said there was more demand for Malibu than other areas of town.

“Malibu is very, very busy, and that’s because a lot of people aren’t flying this summer and using Malibu. And I understand Newport Beach is the same,” she said.

There have been some pricey short-term leases in areas like Beverly Hills, Mills added, but most people are preferring areas like Malibu and beach cities.

Umansky agreed that areas like Bel Air and Beverly Hills have seen some interest, but Malibu is the main allure. He added that Palm Springs, Montecito, Aspen, Park City, the Hamptons and other luxury areas are also seeing demand.

What people are looking for in rentals should come as no surprise: privacy, safety, beach access and pools are among the most asked-for features.

Dermenjian said good Wi-Fi for people who are working remotely is also in high demand.

Some people, she said, want to rent storied homes, such as a house she holds the listing for where “Sex and the City” scenes were shot. The property is listed for $400,000 a month.

Some renters are also asking for things like a maid service or a masseuse. Some people are even bringing their housekeepers or nannies and leasing smaller properties nearby for them, Dermenjian said.

Rogers added that beach access, especially at a time when lots of beaches are closed, is a huge plus.

And with Black Lives Matter demonstrations, Rogers said gated communities and Malibu in general, which was far away from the demonstrations, was seen as a “utopia bubble.”

Mills added that families also want a play yard for children and houses that are incredibly clean.

Mills and other brokers said demand is coming from everywhere, including cities like New York and San Francisco.

“They’re feeling like they don’t want to be cramped into a big city. Los Angeles is the best of both worlds. You can get a private house with some land and a pool and still be close to a city,” Mills said.

Demand is expected to continue into the fall, and even next year, especially as companies continue to allow employees to work from home.

Rogers said he has had tenants ask to extend leases and, at times, has had to deny the requests because homes are already booked.

“I don’t think this is going to end anytime soon,” he said.

And people are already calling about next summer.

“This summer created an expectation. People don’t want to go through that same frenzy and want to make sure they have something,” he said.

Dermenjian has also had clients book for next summer. “They loved Malibu so much and decided to beat the competition,” she said.

Come fall, she expects to see more long-term leases, as opposed to the one- and two-month leases common in the summer.

The high demand Malibu saw this summer may have benefits beyond just the leasing market.

“I’ve never seen the rental market more active,” Cortazzo said. “In July and August, we didn’t have anything left. People are coming out here leasing, falling in love and buying.”

Mills said some people who are leasing in Malibu might want to buy in Beverly Hills or Bel Air if they decide to make L.A. their home but want to experience living in Malibu first.

Jones said she has also seen people lease properties as test runs for buying them.

“We’re seeing many more of those where we had not seen those very much in the past,” she said.