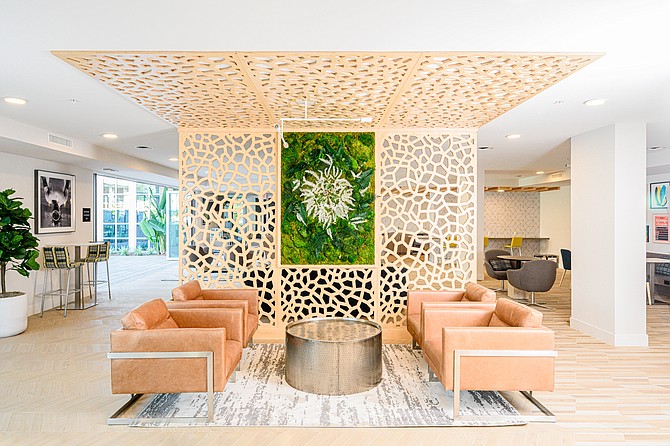 The company, which was founded by Charles Tourtellotte in 2009, has more than 3,000 multifamily units under construction or development.

“We think that could make LaTerra one of the largest apartment developers in Los Angeles,” said Tourtellotte, who serves as the company’s chairman and chief executive.

The company, he added, does this by offering a range of unit sizes and rents.

Tourtellotte’s son Chris, who serves as managing director, said LaTerra’s ability to entitle land sets it apart from other developers.

For example, he said, the company may see a shopping center with underlying residential zoning as a potential project site and “look at it as a different opportunity than other investors would. A lot of our competitors can only buy entitled land.”

LaTerra, he added, will buy entitled land if it can add value another way.

“The market we’re in is a great market for what we do,” he said. “The overall supply-demand imbalance here favors our business. The need for housing seems to always outpace the supply. The assets we bring to the table always remain in demand.”

In June, LaTerra announced a joint venture with QuadReal Property Group to invest up to $250 million in equity to develop in Southern California.

“We’re thrilled to have them as a partner,” Charles Tourtellotte said. 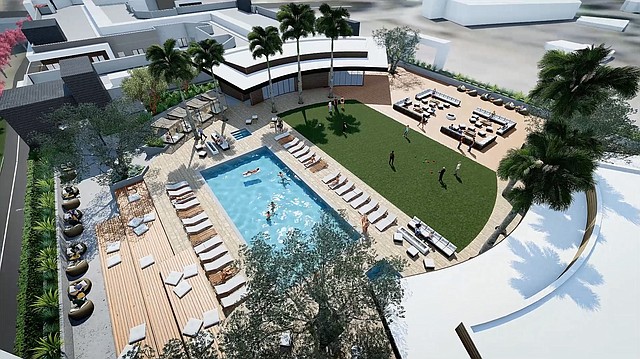 QuadReal is developing a $275 million residential and hotel property at 777 N. Front St. in Burbank, which is located near Walt Disney Co. offices.

At the time the partnership was announced, QuadReal’s managing director for the Americas, Tim Works, said in a statement, “Los Angeles has extremely high barriers to entry, and we are excited to partner with a local operator that has significant entitlement expertise and reach into the local market.”

The venture has closed on a property at 777 N. Front St. in Burbank that will be used to develop 573 apartments.

The project is located near a Metro station and close to employers like Walt Disney Co.

Charles Tourtellotte said the development includes a $275 million residential component, and an adjacent 300-room hotel has been approved. The site entitled for the hotel, he added, would likely be sold to a developer.

The joint venture has also closed on a site at 7617 Santa Monica Blvd. in West Hollywood that will be used for a 71-unit development.

Chris Tourtellotte said bringing in joint venture partners is one of many ways to finance projects.

“We seek joint venture capital partners for these big projects because they are so big, and we aren’t sitting on huge piles of cash to do this on our own,” he said.

The QuadReal agreement, he added, will allow LaTerra to have one partner to do multiple projects with, and it lets the company focus on the developments instead of finding partners.

He said this means LaTerra can hold assets longer, as compared to doing a venture with investment partners who might just be looking to build and sell.

“It’s a pension fund, as opposed to U.S. private equity money,” Charles Tourtellotte explained. “There’s a big difference between those two sources of capital. It’s the character of that capital. It’s longer term in nature and, generally speaking, a lower cost.”

While Covid-19 has had a negative effect on many industries including real estate, multifamily properties have felt that impact less than other asset types.

“Multifamily is not suffering like the other real estate types. A lot of my clients are reporting that their collections are pretty high,” said CBRE Group Inc.’s Laurie Lustig-Bower, adding that rent collections were in the 90% range, “(which is) amazing given how the other types of real estate are suffering.”

And developers are still interested in creating new product.

“We still see a strong appetite for multifamily development, even among Covid times,” she said. “We still are seeing that developers feel the demand is still there for housing in Los Angeles, and by the time a new project could be approved and built, we should be well past the Covid pandemic.”

“Multifamily didn’t experience any dislocation in the liquidity in the capital markets that almost every other asset type has experienced in the last couple of months,” Charles Tourtellotte said.

That strong showing, he added, gives La-Terra’s investors the confidence to continue to do projects.

“We read a lot about distress in the market. So many of the capital partners we speak with say they’re sitting on hundreds of millions or billions of dollars,” he added. “There’s a lot of capital on the sidelines. We don’t think there’s going to be a lot of distress ... in our space. Now we have great access to capital, and while we will be more selective in the opportunities we do and we’ve changed our underwriting standards rent growth (concessions), we are actively looking for new opportunities.” 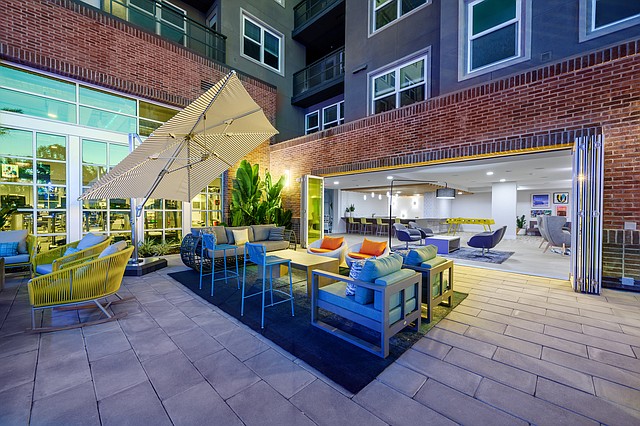 For the company’s upcoming projects, LaTerra is placing more value on amenities like balconies, patios and at-home workspaces.

In response to the Covid-19 outbreak, LaTerra has made some changes.

For upcoming projects, the company is placing more value on balconies and patios. It is also adding more workspaces because the company thinks it’s likely more people will be working from home in the future.

“If we are going to change the way we work going forward, it would be nice if tenants would have a small office space in the apartment where they could work from home and have it look more professional,” she said.

LaTerra’s leasing practices have had to change, too.

Now, the company is offering some virtual leasing options and said it is leasing at a strong rate.

LaTerra has also set itself up to perform as a general contractor through affiliate LT Building Corp.

The affiliate, which launched earlier this year, is working on two projects in Mar Vista.

For now, it is only working on LaTerra projects.

“It gives us much better visibility on costs and better control of the process,” Charles Tourtellotte said.

He added that the company had already done construction management and had a team in place.

Looking ahead, Tourtellotte said LaTerra is hoping to put together a branding strategy for the whole portfolio.

Chris Tourtellotte added that the company would “be changing the landscape of L.A.” as it continues to develop new properties in the area.

Lustig-Bower said she has not heard of projects being put on hold, and developers are still interested in land for new projects. In the first quarter of 2022, effective rent rates are expected to return to pre-Covid levels.

“In the time frame it takes to build, we will be beyond the pandemic,” she said, adding that multifamily remains a good investment.