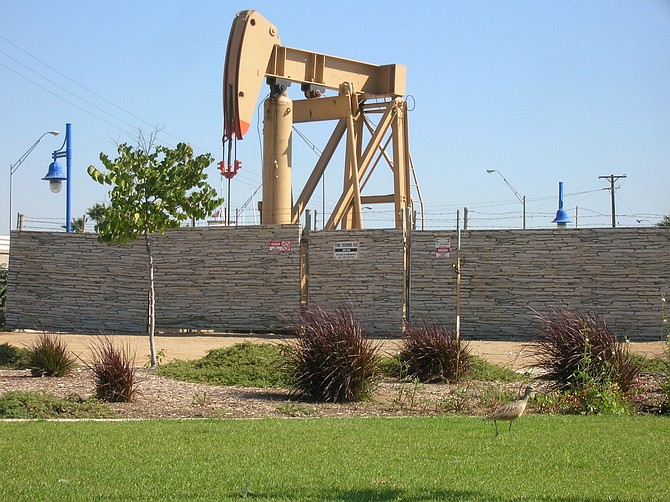 The sudden collapse in oil prices has roiled the local oil industry, prompting producers to start shutting down wells, oil well service companies to lay off staff and refineries to reduce operations.

Oil prices began cratering in March, driven by sharply reduced demand in the wake of business shutdown mandates from governments around the world to fight the Covid-19 pandemic.

But on April 20, the price for U.S. crude oil futures set for delivery in May did something that had never happened before: It went negative.

Producers were paying buyers to take barrels of oil off their hands, at one point as much as $37 per 42-gallon barrel.

Later in the week, prices turned positive but were still hovering between $10 and $20 a barrel, depending on the month of expected delivery. By comparison, West Texas Intermediate benchmark crude oil averaged $63 a barrel for the month of April in 2019.

“What’s going on right now is demand destruction,” said Catherine Reheis-Boyd, president of the Western States Petroleum Association, which represents the largest oil producers and refiners in California and four other Western states.

And the impact is playing out in L.A.’s oil industry.

“At the end of this month, unless we can negotiate a new purchase agreement for our oil from certain locations in L.A. County, we will cease production of an additional six to eight high-production wells,” Combs said in an email.

In addition, he said the company has cut $1.5 million in expenses, reduced salaries and benefits for most of its 42 employees, and cut almost all of its future capital spending.

“This is a very difficult time for us,” Combs said. “It’s worse than the downturns we experienced and survived in 2008 and 2015.”

A similar tale is taking shape at Wilmington-based Cooper & Brain Oil Co., though the small family-owned oil producer hasn’t been quite as aggressive in cost-cutting as Termo — yet.

Company co-owner and Vice President Jeff Cooper said he is also holding daily meetings evaluating the market conditions to see which wells might need to be shut in coming weeks.

“We aren’t going to shut down oil wells based on one or two weeks’ worth of oil prices,” Cooper said. “Because once you shut down a well, the clock starts ticking. And if wells are shut down for more than a certain period of time, it could violate lease provisions or government regulations and lead to the permanent forfeiture of that well.” 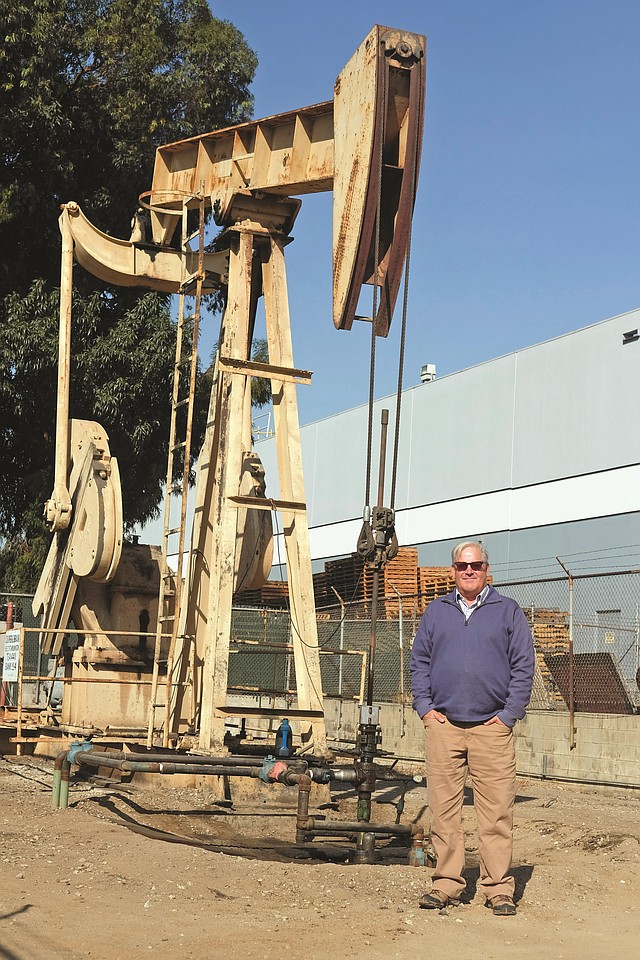 It’s also costly to shut down wells in compliance with government regulations, he said.

Nonetheless, he said, “Right now, we are just barely hanging on. We are quickly nearing the point at which we’re going to have to shut down wells starting in May.”

As for staffing levels, Cooper said that as long as all the company’s wells remain operating, the current staff of seven full-time and 50 contract workers must also remain.

Trouble is not confined to small oil producers. Santa Clarita-based California Resources Corp. announced on March 27 that it was “considering all options” to navigate the current downturn.

The announcement came after Bloomberg News reported the company was considering filing for Chapter 11 bankruptcy protection.

California Resources, the second-largest oil producer in the state behind San Ramon-based Chevron Corp., inherited $6.4 billion in debt as it was spun off from Houston-based Occidental Petroleum Corp. at the start of the last oil price crash in late 2014.

The company has since whittled down the debt to $4.9 billion, according to its latest quarterly filing. The company faces a debt interest payment of $74 million in June, according to Bloomberg.

The impact has been more immediate at oil well service companies that send workers and equipment out to drill new wells or maintain existing ones. They have had to cut dozens of employees as work has evaporated.

One of these companies, Excalibur Well Services Corp. of Bakersfield, has laid off six of its workers who service wells in Los Angeles County — most of those at a well location operated by Bakersfield-based E&B Natural Resources Management Corp. just southeast of Beverly Hills at the corner of Pico Boulevard and Doheny Drive.

“All of our work there has been put on hold and likely won’t resume until oil gets back to more than $40 a barrel,” Gordon Isbell, Excalibur’s president, said.

Companywide, Isbell said, he has had to lay off 90 of the company’s 166 employees this month — a reduction of 54%.

Meanwhile, local refineries are awash in oil they cannot sell and are refusing to take in any more.

“With every available space in refineries filled with oil, the refineries are leaving oil to sit in tankers offshore,” WSPA’s Reheis-Boyd said.

Indeed, one local television news shot on the evening of April 21 showed more than a dozen oil tankers floating off the Long Beach coast.

Findlay, Ohio-based Marathon Petroleum Corp. operates refineries in Carson and Wilmington that, combined, comprise the largest refinery complex in L.A. County. The facility is capable of producing 369,000 barrels a day, according to the California Energy Commission.

On April 19, Marathon announced plans to shut down its refinery in an unincorporated area of Contra Costa County in the Bay Area, effective April 27, citing the oil glut.

A spokeswoman for Marathon’s Carson/Wilmington refinery complex said the company is continually monitoring market conditions but offered no further details on whether either of the refineries would close.

“MPC’s refining and marketing teams work together to continuously monitor market conditions and adjust our crude oil acquisition, refining run rates, logistics systems and marketing,” Tiffany Rau, Marathon’s manager of government and public affairs for Southern California, said in an emailed statement. “As the unique market conditions associated with the extraordinary global effort to combat Covid-19 evolve, we are optimizing our system accordingly.”

CORRECTION: An earlier version of this story misstated the extent of California Resources Corp.'s debt. It inherited $6.4 billion in debt as it was spun off from Occidental Petroleum Corp and has since whittled down the debt to $4.9 billion.