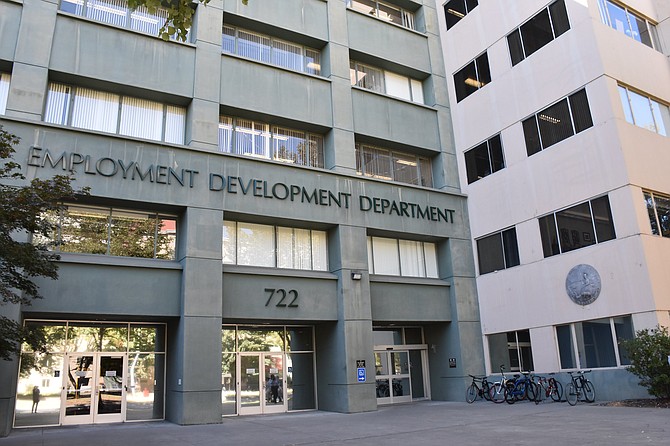 Los Angeles County’s unemployment rate could surge to a record high 32% by May 2020 as the full impact of business shutdown orders to fight Covid-19 is felt, according to a forecast released April 22 by the Los Angeles County Economic Development Corp.

Los Angeles County’s unemployment rate could surge to a record high 32% by May, and the projected loss of payroll jobs could top 1.2 million as the full impact of business shutdown orders to fight Covid-19 is felt, according to an estimate released April 22 by the Los Angeles County Economic Development Corp.

These astounding numbers emerged from an effort by the LAEDC Institute for Applied Economics to quantify the impact of the Covid-19 pandemic and the shut down of huge parts of the local and state economies. Shannon Sedgwick heads the institute.

If the actual unemployment numbers conform to the LAEDC projections, they would be substantially higher than the nationwide peak of 24.9% reached in 1933, according to data from the U.S. Bureau of Labor Statistics.

The projected figure would also be more than twice as high as the county’s most recent unemployment peak of 13.4% in 2010, following the Great Recession.

The projections come just days after the release of data showing a record 22 million unemployment claims filed nationwide and 2.7 million claims in California during the four weeks between mid-March and mid-April.

“The Covid-19 pandemic has brought business and life to a grinding halt for the past seven weeks,” the report said. “In light of the dramatic effect that the Covid-19 pandemic is having on employment across the United States, the LAEDC’s Institute of Applied Economics has placed its focus on quantifying these impacts for the Southern California region.”

The report cautions that projections are based on the initial wide-ranging business shutdown orders imposed in mid-March and that any easing or other modifications to those mandates could cause actual unemployment numbers to deviate dramatically.

If the projections hold up, they would reflect a huge reversal from the full-employment picture as of February, before the Covid-19 pandemic hit the state with full force.

In February, L.A. County’s unemployment rate was 4.3% — near the lowest point in 50 years — while the number of payroll jobs was at a near-record high of 4.63 million.

LAEDC projections for May include Los Angeles and Orange counties and don’t break out L.A. County. The unemployment rate for both counties is projected to reach 31.7%. Because Los Angeles County has roughly three times the population and employment levels of its neighbor to the south, a standalone number for Los Angeles would likely be close to that level, LAEDC spokesman Lawren Markle said.

The forecast estimate also projects a loss of 1.71 million payroll jobs combined for Los Angeles and Orange counties between May 2019 and May 2020, a drop of 27.4%. That contrasts with the 1.5% year-over-year job growth average L.A. County experienced prior to the Covid-19 pandemic.

The standalone figure for L.A. County of more than 1.2 million payroll jobs lost was reached by taking the county’s proportion of total payroll jobs for both counties as of May 2019 and applying that ratio to the 1.71 million projected job loss total.

According to the report, the occupations in both Los Angeles and Orange counties with the largest payroll job losses between May 2019 and May 2020 were projected to be food preparation/serving (down 407,000 for both counties), sales (down 312,000) and office/administrative support (down 140,000).

CORRECTION: An earlier version of this story misidentified the director of the LAEDC Institute for Applied Economics. Shannon Sedgwick heads the institute.