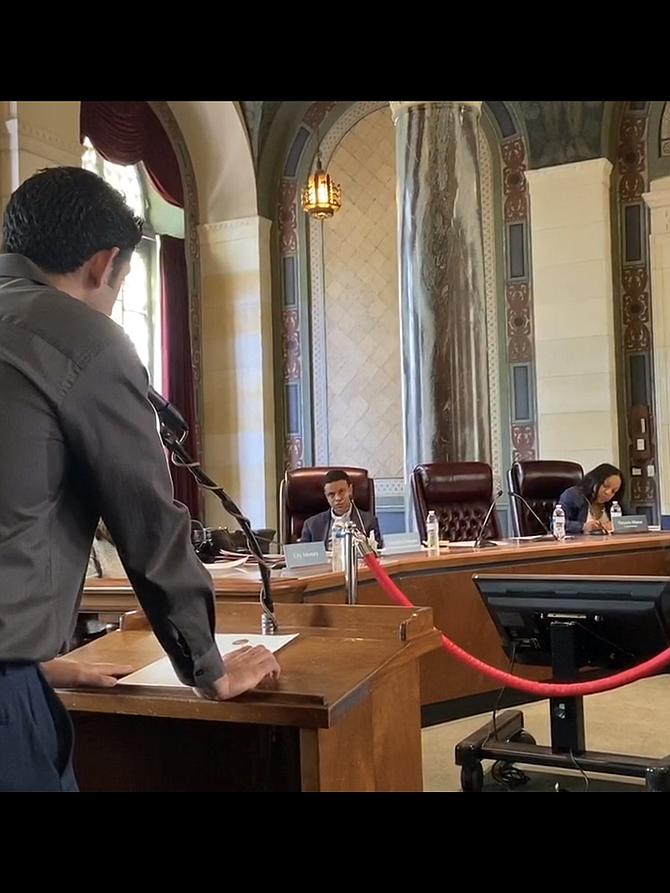 At 10 a.m. on Sept. 3, more than 200 people signed into an online application for L.A.’s latest round of cannabis business licenses.

“There was a lot of anxiety leading up to it,” said Johnny Sayegh, one of the applicants for the latest phase of the city’s cannabis social equity program.

“As soon as the clock hit 10, I logged in and filled out my application,” he recalled. "I actually had an error relating to my address. … I was thinking, ‘Oh dang, did I just cost myself a license?’”

The joy was short-lived, however.

The entrepreneur soon found himself in a regulatory logjam that has stretched out over more than eight months, costing him and fellow applicants millions of dollars with no end in sight.

Los Angeles had already implemented elements of its social equity program prior to September. In the second phase of its commercial cannabis licensing plan, meeting social equity criteria was a requirement to apply for licenses in nonretail businesses, such as cultivation and manufacturing operations.

But Phase 3 of the city’s licensing plan — social equity applications for retail businesses — has been the subject of far more controversy than previous iterations.

Shortly after the September licensing round, allegations began to surface that some participants had gained early access to the first-come, first-served online application. Accusations of bias and unfairness led Mayor Eric Garcetti to request an independent audit of the process.

The delays caused by this investigation exacerbated the impact of another, already-contentious element of the program: mandatory real estate leases.

Under current rules, applicants for the first round of Phase 3 licenses must have active leases on the property where they propose to open their dispensaries.

“The idea was to give the people who are already ready to go the opportunity to start,” Mabugat said. “I don’t think they anticipated that so many people were going to apply … (or) that it was going to take this long.”

With the audit putting an effective freeze on the licensing process, all Phase 3 applicants have been forced to pay at least eight months’ of rent to lease vacant properties.

A survey of 60 Phase 3 candidates by the Cannabis Equity Retailer Association — a group founded by Sayegh to represent the first 100 social equity retail applicants — found that they had collectively spent more than $10 million on rent since September.

That amounted to a total of $1.2 million per month in ongoing cash burn, according to the survey.

“We don’t have unlimited capital,” Sayegh said. “If this drags on too much longer, we might have to vacate our building and essentially give up our license.”

One roadblock finally lifted in late March with the announcement of audit results for the application process. Although the independent auditor found flaws, they determined no candidate had ultimately received an unfair advantage.

But the announcement came in the midst of the Covid-19 lockdown, cutting short hopes of near-term relief for Phase 3 applicants.

“The best-case scenario for these businesses to get operating is early fall,” said Yelena Katchko, a cannabis law attorney and co-founder of law firm Katchko Vitiello & Karikomi.

“That’s assuming the business already has a fully ready-to-go facility,” she said, adding that this scenario was unlikely for many applicants.

Katchko said the mayor’s office would likely need to give the green light before the Department of Cannabis Regulation would fully close the book on the Phase 3 audit. With the city in the throes of a pandemic, she added, this was presumably a low priority for L.A.’s top official.

Even after mayoral go-ahead happens, however, Katchko said real progress on getting Phase 3 businesses up and running seems unlikely before the Los Angeles City Council resumes normal operations.

Under current regulations, Phase 3 applicants are not eligible for temporary licenses to operate their businesses pending full approval. Since no cannabis businesses in L.A. have been issued full annual licenses to date, many see requiring Phase 3 businesses to wait on such licenses as unfeasible.

The DCR has stated publicly that it would like the ability to issue temporary Phase 3 licenses. But, for that to happen, the City Council would need to meet and take legislative action.

During the Covid-19 lockdown, that might be a pipe dream. The council is currently only holding emergency meetings by video call.

In the meantime, Phase 3 applicants will be stuck burning through money and praying that a solution is reached in time to save their businesses.

Sayegh, for his part, remains optimistic that such a solution can be found. “I guess when you’ve spent the last eight years like me and other applicants,” he said, referring to his time in the marginalized, prelegalization cannabis space, “you kind of have to have that optimism.”