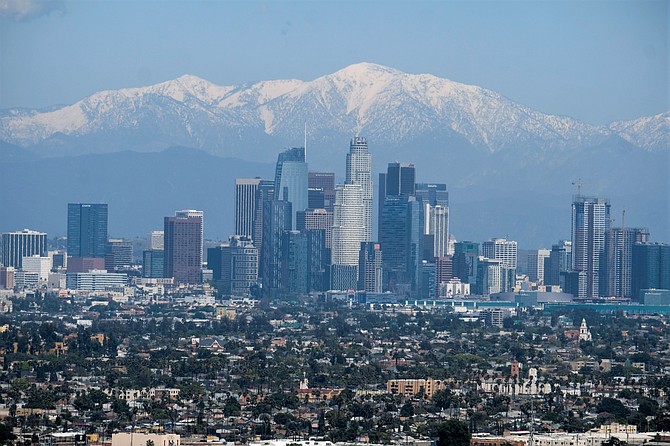 L.A. County’s unemployment rate jumped two percentage points in March to 6.3% as employers shed 35,000 jobs during the early stages of the Covid-19 pandemic, according to state figures released April 17.

The survey period for the monthly jobs report occurred prior to widespread business shutdowns ordered by Gov. Gavin Newsom, Los Angeles Mayor Eric Garcetti and other local leaders to combat the spread of Covid-19.

“It is important to keep in mind that the March survey reference period — the week that contains the 12th day of the month — predated many coronavirus-related business and school closures in the second half of the month,” the state Employment Development Department said in a special notice accompanying the report.

Separately, the EDD announced on April 16 that it had processed nearly 661,000 unemployment insurance claims statewide during the previous seven-day period, bringing the four-week running total to 2.7 million. Almost all of those claims came in after the survey period for the March report. For historical perspective, the previous full-month high for unemployment claims processed was 375,000 in January 2010.

One caveat about those unemployment insurance claims: The EDD has noted many claims were classified as temporary layoffs or furloughs. It remains to be seen how many of those cuts might turn into permanent layoffs.

In other jobs news, on April 17 the USC Dornsife Center for Economic and Social Research released a national survey on the number of Americans currently employed. For L.A. County, only 45% of those surveyed said they held a job in mid-April, down from 61% in mid-March. That was a more severe drop than the national average, which fell to 52% from 62% in the same period.

The survey also noted that less than 25% of L.A. County respondents who reported losing their job said they had received unemployment insurance benefits, a number significantly lower than the 36% national average.

“Under normal circumstances, losing a job without access to benefits would be bad enough, but in this situation, the chances of finding a new job are likely to be close to non-existent,” Arie Kapteyn, director of the USC Dornsife Center for Economic and Social Research, said in the survey release.

The state's jobless report for March, while incomplete, reveals the unemployment rate for L.A. County surging to 6.3% from a near record-low of 4.3% in February.

The household survey data showed employment for the period dropping by 274,000 to 4.68 million, while the number of unemployed jumped 91,000 — or 40% — to 315,000. The labor force shrank by 183,000 to just under 5 million, meaning many newly unemployed people have chosen not to re-enter the labor force seeking work.

On the payroll jobs front, employer payrolls shrank by 35,000 in L.A. County in the March survey to 4,597,000. Again, this was before business shutdown orders were issued.

In early March, Covid-19-related layoffs and furloughs were still mostly limited to the hospitality sector as air travel plummeted and conference/event cancellations were just beginning. The leisure/hospitality sector shed 20,000 jobs during the period, mostly in accommodation/food services, which was down 13,000 jobs.

Other sectors showing job losses were personal/laundry services (down 3,900), construction (down 3,500) and wholesale trade (down 3,300).

The only sector showing significant gains was local government educational services, with an increase in 3,000 jobs. Again, this was one week before school districts — including Los Angeles Unified — began temporary shutdowns that have since been extended through the rest of the academic year.