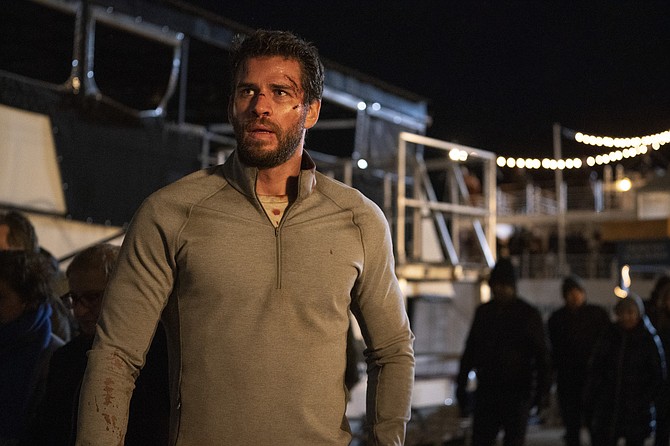 Quibi, which is set to launch April 6 with new shows such as "Most Dangerous Game," is one of several streaming companies with a large content production presence in Los Angeles. Photo by Steve Wilkie

Although some of the companies may be headquartered elsewhere, there’s little doubt that the heart and soul of entertainment’s streaming video industry lives and thrives in Los Angeles.

Whether it’s Los Gatos-based Netflix Inc., which has established a huge campus in Hollywood, or Seattle-based Amazon.com Inc., which has set up a substantial operation in Culver City, much of the day-to-day business of the streaming industry takes place in Los Angeles County.

The April 6 launch of Quibi, the Hollywood-based brainchild of DreamWorks Animation co-founder Jeffrey Katzenberg, further cements Tinseltown’s status as the hub for the future of entertainment.

The upcoming rollout of Warner Media’s HBO Max service, scheduled for May and boasting the “Harry Potter” catalog and the entirety of the “Friends” series, will add to the city’s streaming bona fides.

Cupertino-based Apple Inc., which entered the streaming wars in November with Apple TV Plus amid doubts that the device company could compete in Hollywood, has racked up 33.6 million subscribers, even before opening its new Culver City complex.

Burbank-based Walt Disney Co., meanwhile, may be the most intriguing player in town, with nearly 29 million subscribers for its recently launched Disney Plus service and some 30 million subscribers to Hulu, which the company acquired in its entirety after closing 2019’s purchase of 21st Century Fox.

Whether or not their offices feature amenities like foosball tables and a cereal bar, the combination of major Los Angeles outposts and made-in-L.A. companies ensures the so-called streaming wars will be waged on L.A. turf.

Not to be forgotten is YouTube’s YouTube TV. The streaming service provides access to live content from more than 70 different channels for $49.99 per month, and the company reports more than 2 million subscribers.

You Tube’s user-generated video content is free to consumers, however, so YouTube is not fighting the same battle when it comes to enticing paying customers for that service.

Whether you believe YouTube has gone too pro, the company became a big part of the Los Angeles production scene when it converted a Playa Vista airplane hangar into YouTube Space Los Angeles in 2012. The digital production studio provides YouTube’s partners with high-quality facilities to allow them to create work with Hollywood production standards. 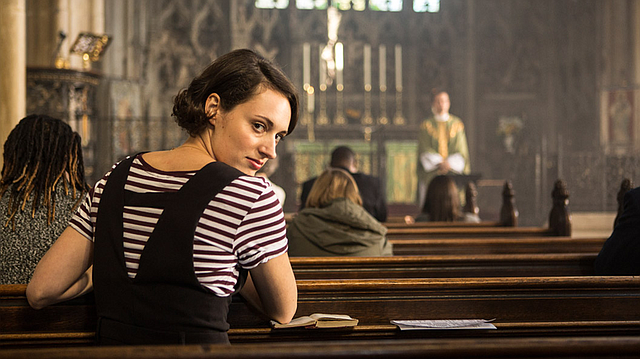 Money: Amazon spent a reported $6.5 billion on original content in 2019.

Notable: Amazon reportedly plans to spend $1 billion to produce a “Lord of the Rings” prequel series. Award-winning original TV series on the service include “The Marvelous Mrs. Maisel” and “Fleabag.” 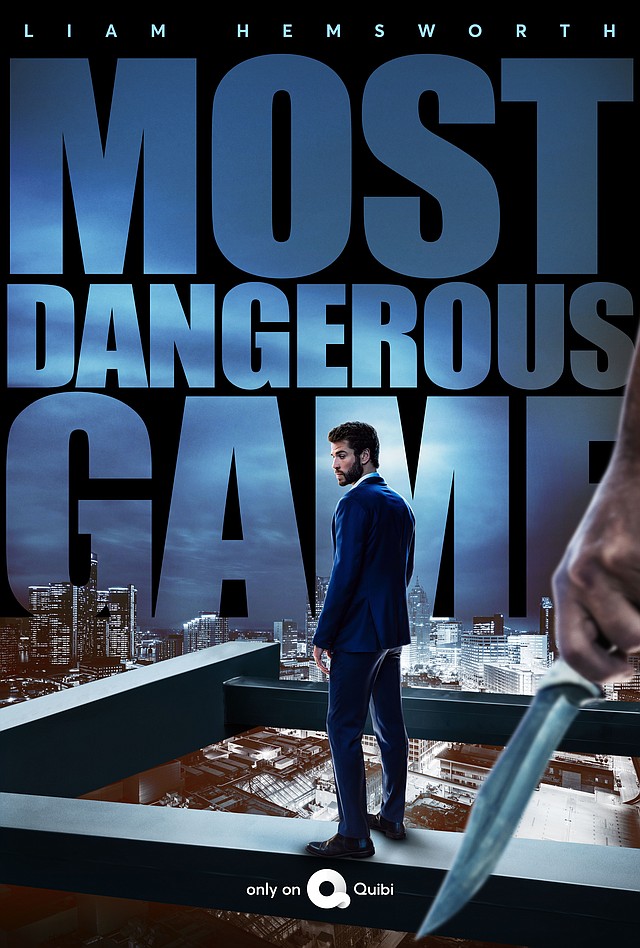 "Most Dangerous Game" on Quibi.

Short-form media content in “quick bites” to be delivered daily in videos of 10 minutes or less. Designed to be consumed on smartphones.

Content: Quibi has nabbed some of Hollywood’s brightest stars for 50 original programs at launch. The company plans to release 175 original shows and 8,500 “quick bites” of content in its first year. 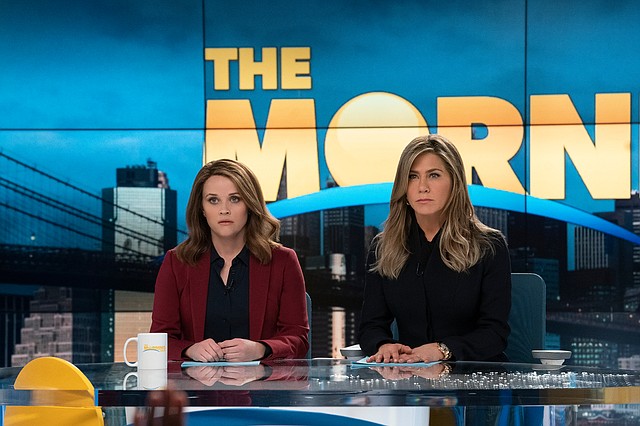 "The Morning Show" on Apple TV Plus.

Money: Apple reportedly plans to spend $1 billion on original programming in its first year of production. Some sources report that may go as high as $6 billion due to cost overruns. 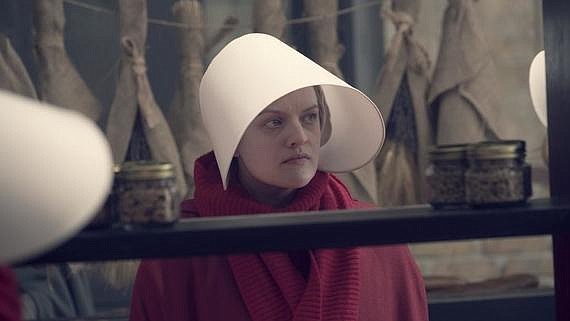 "The Handmaid's Tale" on Hulu.

Money: Hulu spends a reported $2.5 billion per year on original content and is predicted to increase that amount following Hulu’s 2019 acquisition by deep-pocketed Disney. 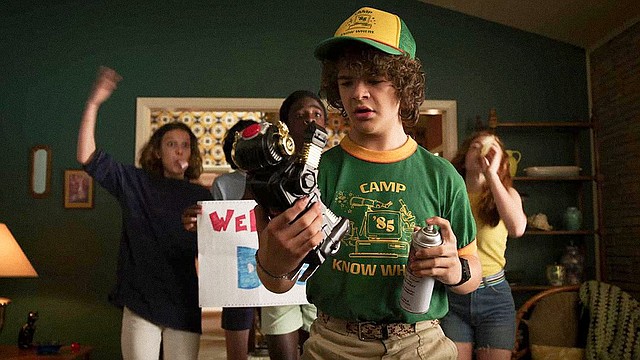 L.A. operations: Netflix Studios moved from Beverly Hills to take over the Icon tower at Sunset Bronson Studios in Hollywood in 2017. The company has also leased 1.4 million square feet of office and production space in Hollywood and 60,000 square feet at Burbank Studios.

Money: Netflix is the streaming leader with a market cap of $157 billion.

Money: Disney said it plans to spend over $1 billion on original content for Disney Plus in fiscal 2020 and to increase that to $2.5 billion annually by 2024.

Content: Disney Plus caused a buzz with its original series “Star Wars: The Mandalorian.” Due to the coronavirus pandemic, Disney Plus released “Frozen 2” three months earlier than planned. 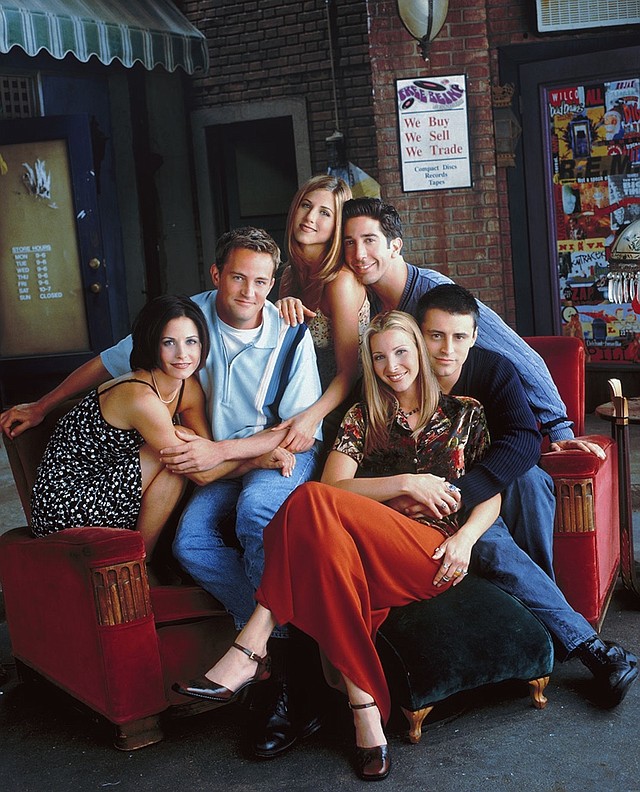 Money: In January, AT&T reported losses of more than $1 billion in revenue due to its investment in HBO Max.

Content: Warner Max will create 10 films per year for the new streaming service. HBO Max is boasting exclusive rights to all 236 episodes of “Friends.” 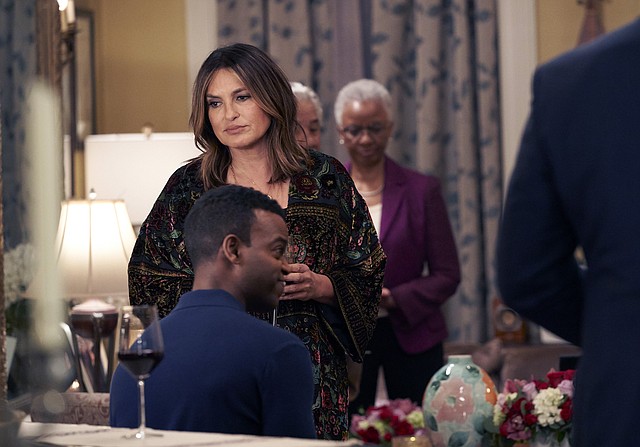 Subscribers: Comcast predicts Peacock will have between 30 million and 35 million subscribers by 2024.

Cost: Ad-supported live streams and on-demand content are free. Ad-free tiers for $4.99 and $9.99 per month.

Content: Peacock will offer classic NBC content such as the “Law and Order” catalog, and original shows, including a new “Battlestar Galactica” series.